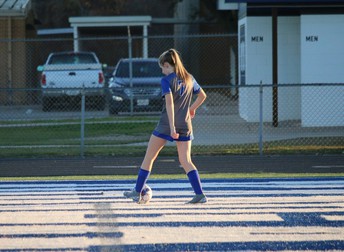 If you are planning to take dual credit classes next year and need financial assistance paying your tuition, please consider applying for the Texas Bank Scholarship. The scholarship will cover up to 2 classes (tuition only) and is open to all new or current dual credit students that have financial need. The application is in the WHS counseling office.

NEW DUAL CREDIT STUDENTS: You must attach a copy of your TSI Scores and acceptance letter from Weatherford College to the application.

CURRENT DUAL CREDIT STUDENTS: You must attach a current copy of your Weatherford College Transcript to the application. You must be passing your dual credit courses and have not dropped any dual credit classes. 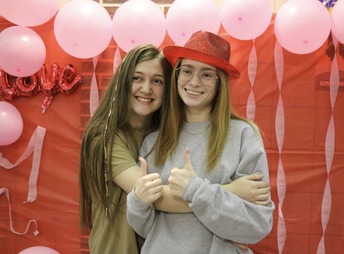 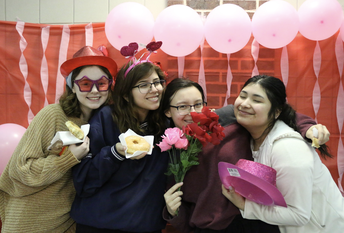 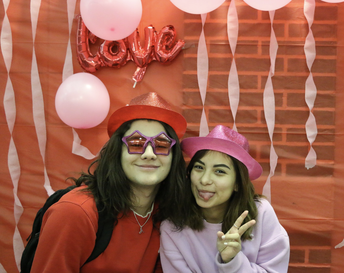 Best of the Best Award!

Now the Belles are preparing for Spring Show. Come check it out March 27th and 28th! 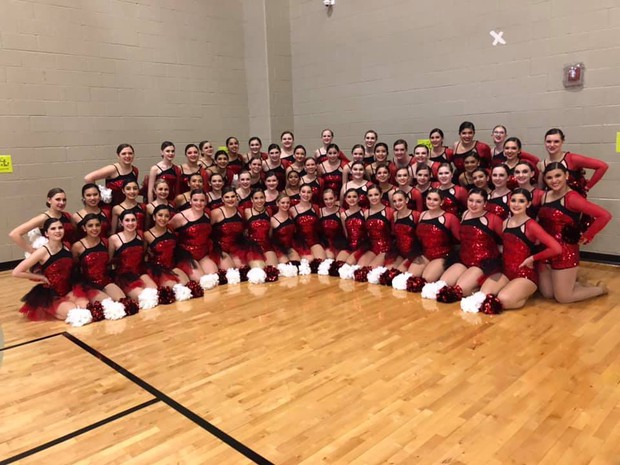 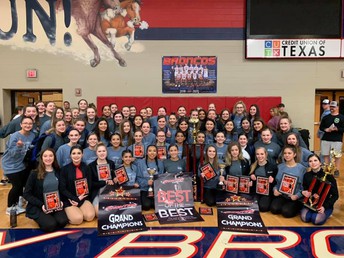 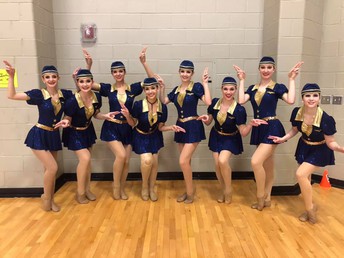 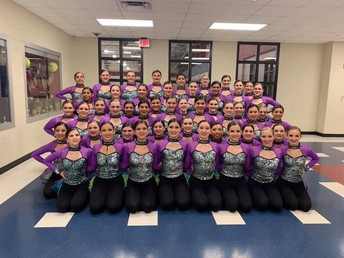 Most Likely To Be President -- Sydney Wolfenberger & Daniel Yeats

Most Likely To Change the World - Sarah Hamilton & Michael Dinkins

Most Likely to Have a Star on Hollywood Blvd. - America Cuevas & Gavyn Price

Congrats to these SENIOR STANDOUTS! Pics will be taken for the MelonVine yearbook THIS WEEK! Watch for a notification from Mrs. Gilley.

This past weekend the Lady Roos traveled to Haltom to compete in the Region 1-6a Regional Championships.

The girls placed 8th overall as a team.

and Kaylynn Green move her placement up from last year third place to taking second place this year.

This Qualifies them both to travel to Houston this coming weekend to wrestle in the State tournament.

The Boys Wrestling team competed at the Regional tournament this past weekend. We had a great showing, and even though we got a couple of our athletes injured and they couldn't continue we still competed well and ended up with 3 state qualifiers.

Koby Kidd led the way with a first place finish, and is now the Number 1 ranked wrestler in the state. He beat the #3 and #1 wrestlers in the tournament and had a great showing. Also moving on to the state meet is #3 state ranked Mason Woodward, would finished 2nd in the tournament. Also moving on is senior Jakob Deleon who had a great tournament and finished 4th place. Congratulations, boys! 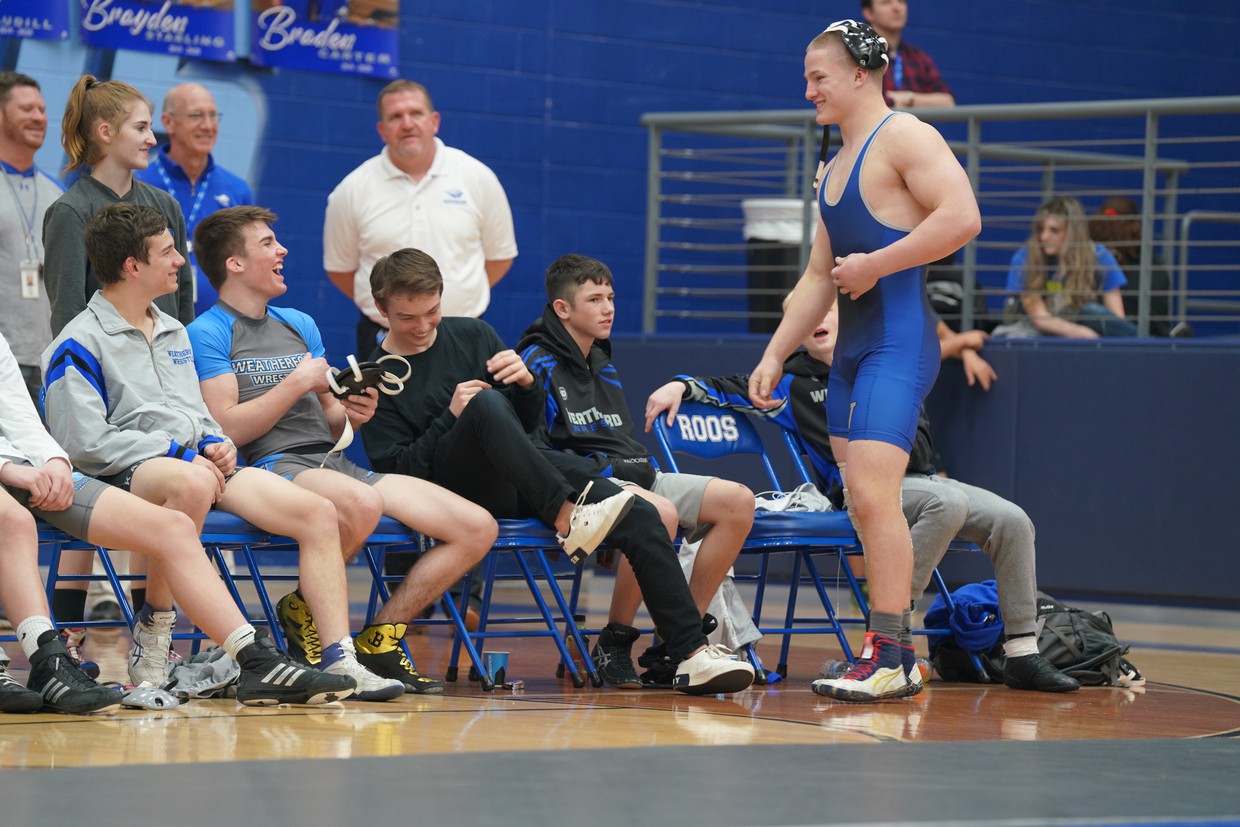 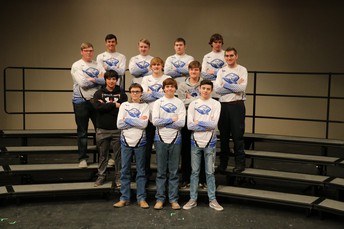 Hey, WHS, this is just a HEADS UP that Clubs and Organizations pictures will be taken throughout the day on Wednesday, February 26th in the Durant Auditorium. Your club will be assigned a time to come take your picture. TALK TO YOUR SPONSOR/ADVISOR as soon as possible for details! We WANT to feature YOU in the MelonVine yearbook!

Hey, NGC, this is just a HEADS UP that Clubs and Organizations pictures will be taken throughout the afternoon on Thursday, February 27th in the CHOIR ROOM. Your club will be assigned a time to come take your picture. TALK TO YOUR SPONSOR/ADVISOR as soon as possible for details! We WANT to feature YOU in the MelonVine yearbook!

**NGC FFA photo will be taken THIS WEDNESDAY during B Block. Meet in Mr. Black's room.

The Weatherford High School Counseling and CTE departments are hosting a Brown Bag Series for juniors and seniors to visit with colleges during 5th period - the presentation and Q&A will last the entire period. Students can sign up to meet with colleges based on their interests using the Sign Up Genius below. The link and QR code are also posted around the building and in the counseling office. Space is limited (25-30 students) so only students that sign up on the Sign Up Genius will be admitted. On the morning of the event, the counseling office will deliver passes/tickets to the students that signed up. We will take the “tickets” at the door and enter attendance.

After each presentation there is a question and answer session so that students can get their questions answered directly from admissions representatives. Bring your lunch and join us during 5th period for these informative sessions! Check the Sign Up Genius regularly as new colleges and dates are added frequently. 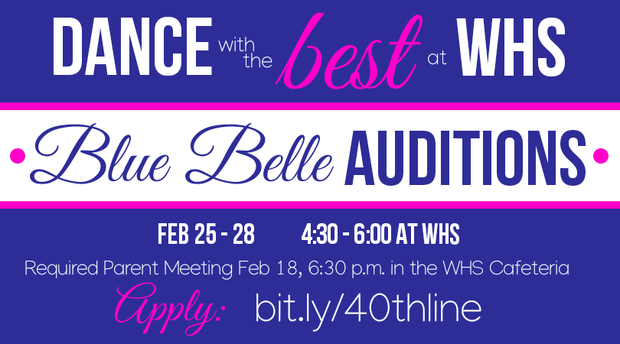 and BEST OF SHOW!

Varsity Lady Roos traveled to Pennington field to take on an undefeated LD Bell. After 40 minutes of play the game was tied 0-0. In the second half bell scored quick off two goals. The Lady Roos answered with a goal off of a corner from senior Hailey Maloy to senior D’Angelah Allen. Unfortunately the Lady Roos lost the game 2-1 after a hard fought battle. Next game is Friday at home verses San Angelo Central. Go Roos!

AND....TUESDAY NIGHT is SENIOR NIGHT! Parents and athletes will start to lineup at 6:45. Thanks!

The Jv2 Roos opened up the night with a 2-2 tie against undefeated Bell. Then the Varsity squared off with Undefeated L.D. Bell. The Roos raided the back of the net by a goal from Isaiah’s Golazo Gomez from a free kick to take a 1-nil halftime lead. The Roo defense held the lead until the last 2:38. Bell tied it up off a shot that hit the crossbar. Tied 1-1 after regulation the Roos lost in the shootout 4-2. The Roos still came away with a tough point in district standings. Way to go Roos!

The Varsity Boys Soccer Team played San Angelo at Roo Stadium in a Thriller. Down 2-0 at half the Roos hopped back in it when Isaiah (Golazo) Gomez hit a direct kick in the back of the net with 15 minutes left in in the game to cut the lead down. Then 5 minutes later Ebake Saidi connected a beautiful pass to Kenny (Big Time) Kienle who fought off a defender in the box and slid the ball past the keeper to even up the score 2-2. Game ended in a 2-2 tie and the Roos faced another Pk shootout. This time the Roos came out on top winning 5-4 making all their Pk’s. Adrian (the club) Cruz had the game winner. The Rooligan fans went crazy as the team dog piled keeper Zane (the wall) San Pedro. 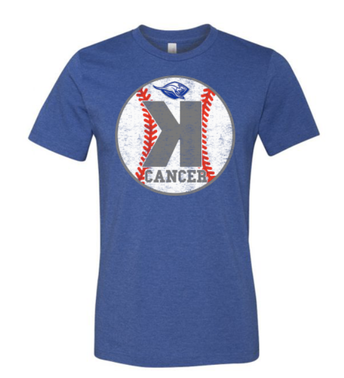 The Baseball Program will be having a strikeout cancer night on March 10th vs Fossil Ridge. We will be selling the T-shirts on-line using this link for $20 a shirt. All proceeds from these will benefit the McMillin family, their son is a former Kangaroo baseball player. The On-line store for the shirts will close February 24th at 7:00 AM. Please support the McMillin’s by purchasing a strikeout Cancer T-shirt.

The Weatherford HS Indoor Percussion officially started their indoor competition season in the North Texas Color Guard Association circuit. The ensemble traveled on February 8th to Lewisville High School where they had great first performance. They performed their production “Let’s Get Physical”, and placed 4th with a 69.95. Make sure to come watch this high energy and entertaining show. 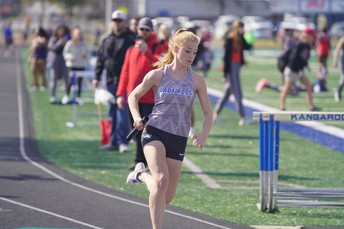 Individual stand outs include the following:

Please congratulate these ladies on a job well done and a great start to their season!

Just a reminder that AP students who are registered to test, payment is required in full by March 4, 2020. 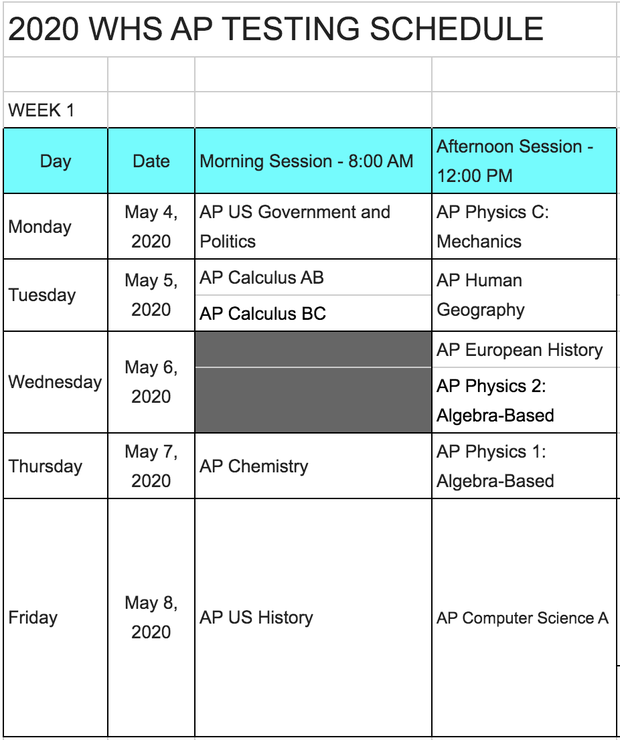 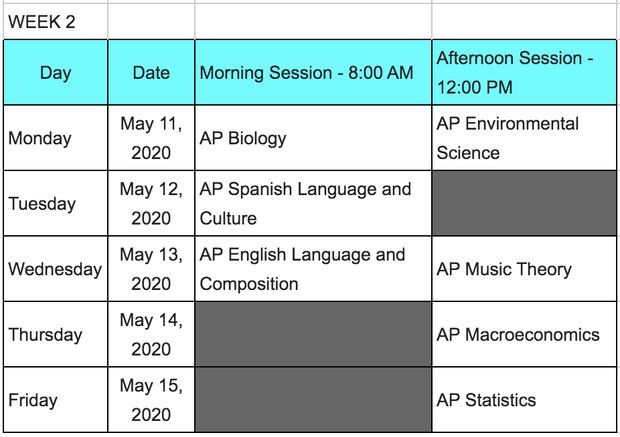 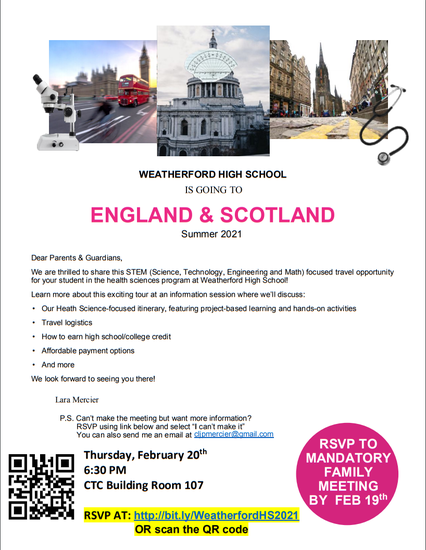 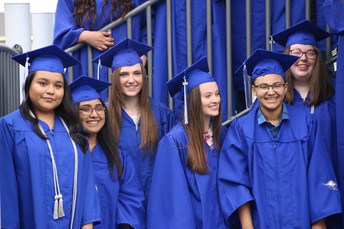 Beginning in 2020, we are awarding up to $6,600 to as many as 150 recipients this year. The scholarship will fund degrees at accredited vocational-technical schools to prepare students for careers in technology and/or advanced manufacturing that does not require a bachelor’s or advanced degree.

Visit the Automotive Aftermarket Scholarships Central website to apply for available scholarships ranging from $1,000 to $5,000. Over 400 scholarships for the 2020-21 school year will be awarded to students training to become automotive, heavy duty or collision repair technicians, as well as those studying business, engineering or other courses of study. Completed applications must be submitted by 3/31/2020. 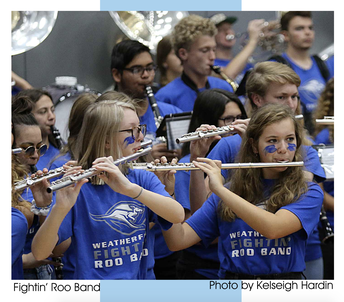