A Letter from the Editor

Welcome to the rocky write-up! This is Mrs.Smith's 4th grade classrooms news. This year a group of class news reporters will work on the Rocky Write-Up, and Mrs. Smith will print out the news. Thanks for reading the Rocky Write-Up at Rocky Run!

Cards for the Military by Kyra Shaw

Last week in class we made cards for the military. We made these cards because we want to give them a happy holiday and to thank them for their service to our country. These cards are going to be sent to hospitals or anywhere soldiers are.

We are not the only students making cards. On Sunday, November 29th, 10,000 cards were dropped off at the USO office at Dulles International airport. This information came from www.facebook.com/caringkidscards. Also, if you see or know someone in the military, why don't you thank them for serving our country?

Three of the cards mailed out 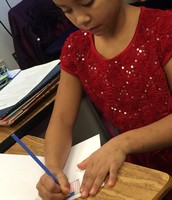 Alize Whitted decorating a card for the military 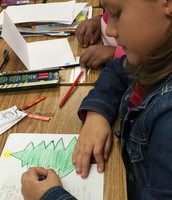 Eagles vs Lions by Orlando Higgins

The Philadelphia Eagles vs the Detroit Lions football game was played on Thanksgiving day. After the National Anthem was sang by the Disney Star, Sabrina Carpenter. The Lions started the game by kicking the ball to the Eagles. This was a very difficult game for the Eagles throughout the 1st, 2nd, 3rd, and 4th quarters of the game. Throughout the entire game, the Eagles were behind on points. The Detroit Lions offense and defense both were really good throughout the entire game. Because of their efforts, the Lions won the game and the final score was 45 to 14.

Thanksgiving has changed a lot since the first one in 1621. Did you know that at the first Thanksgiving the pilgrims and the Wampanoag people (Wahm-pa-NOH-ag) did not eat turkey but other birds and dear? Also the pilgrims ate native corn that mostly isn’t yellow most corn is now. Some foods have stayed the same such squash, carrots, fish, and some other dishes. I think the dishes have changed because of the change in the cooking technology, the pilgrims only had fires while we have many more kitchen appliances like ovens, microwaves, and stoves. Today for some people it is hard to have Thanksgiving without a turkey. 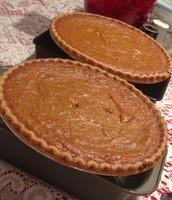