Get email updates from ALDER AVE:

This week, in Mrs. Watts' 7th Grade English class, the students enjoyed reading the novel, Fever, 1793 by Laurie Halse Anderson. In honor of finishing the novel, which was about the yellow fever epidemic that plagued Philadelphia in 1793, and in the spirit of Halloween, the students ate homemade cookies decorated like an eyeball that was infected with the fever! 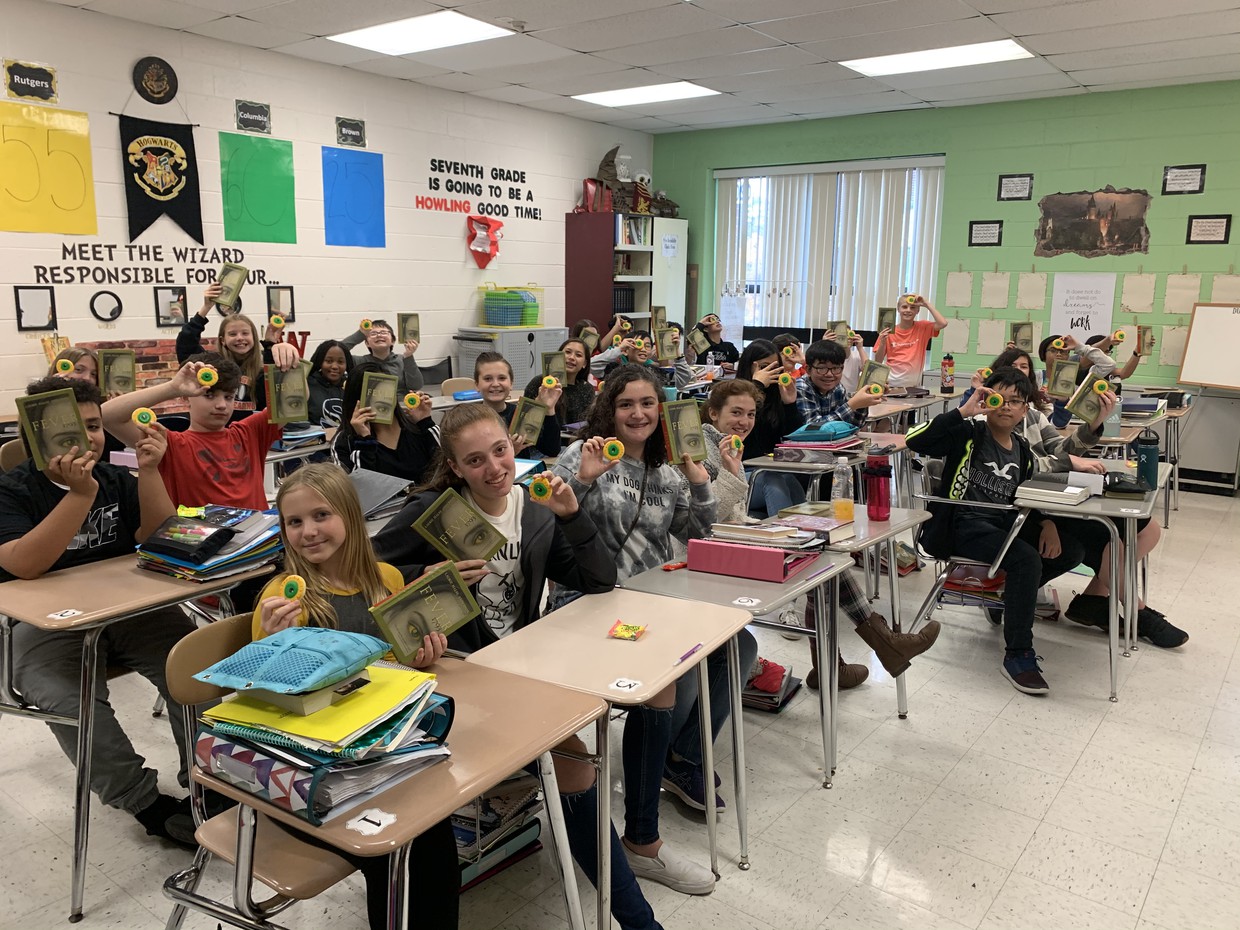 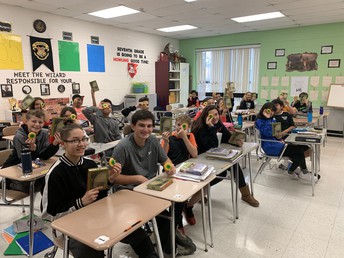 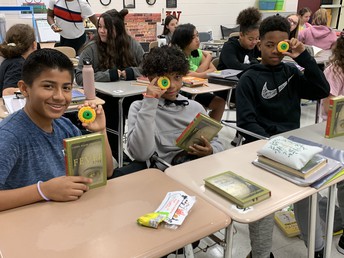 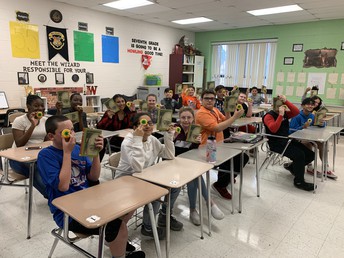 This week, students completed a Globe/3D Map Activity Posing Questions in reference to the Features of the Ocean Floor. 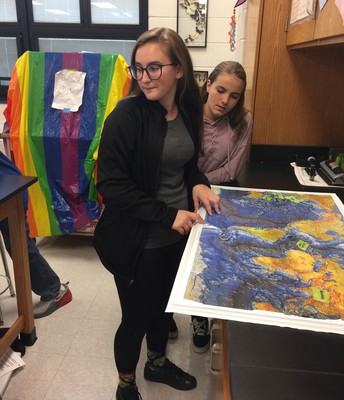 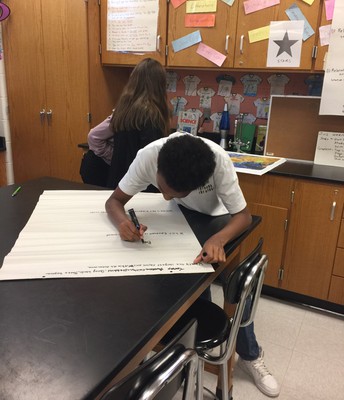 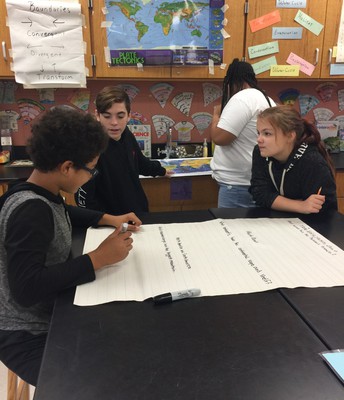 This week, students in Ms. Caucci's Science classes were watching for signs of a chemical reaction. Their clear, odorless liquids were reacting to form all three states of matter in one test tube. 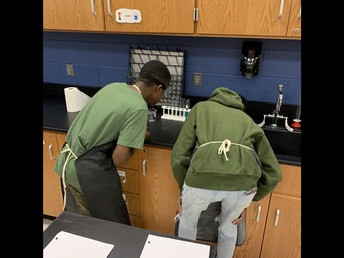 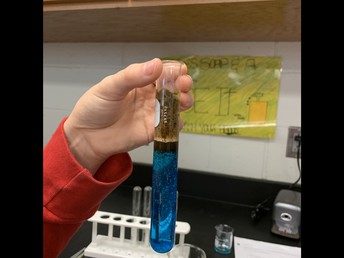 Thank you to all who participated in our Red Ribbon Week Theme Days!

Monday - Sock it to Drugs! - Wear your crazy socks

Tuesday - Put a cap on drugs! - Wear your favorite hat

Wednesday - Team Up against violence! - Wear your favorite jersey

Student Council elections are being held next week! Candidates will be campaigning beginning Monday October 28th and the student body will vote on October 31st and November 1st. Good luck to all that are running: President- Laine Elliott and Maya Mills, Vice President- Naira Elseaidy and Osariemen Unuigbe, Secretary- Aniyah Parker and Lauren Piskun, Historian- Ethan Hubbs and Kimora Spellman. ​ 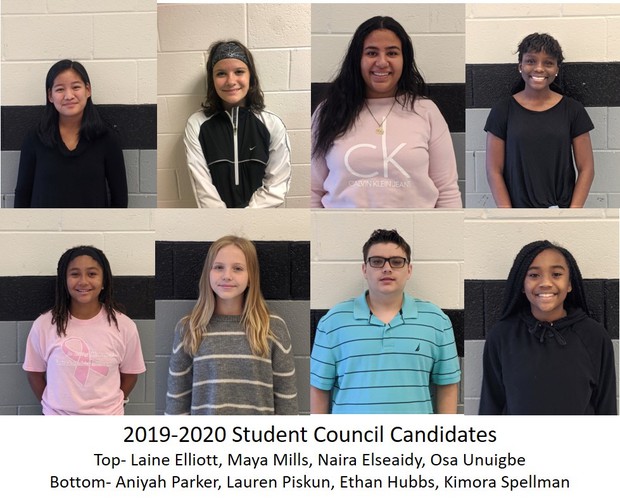 Ms.Wood and her students are looking for fabric donations, either holiday or patriotic themed. 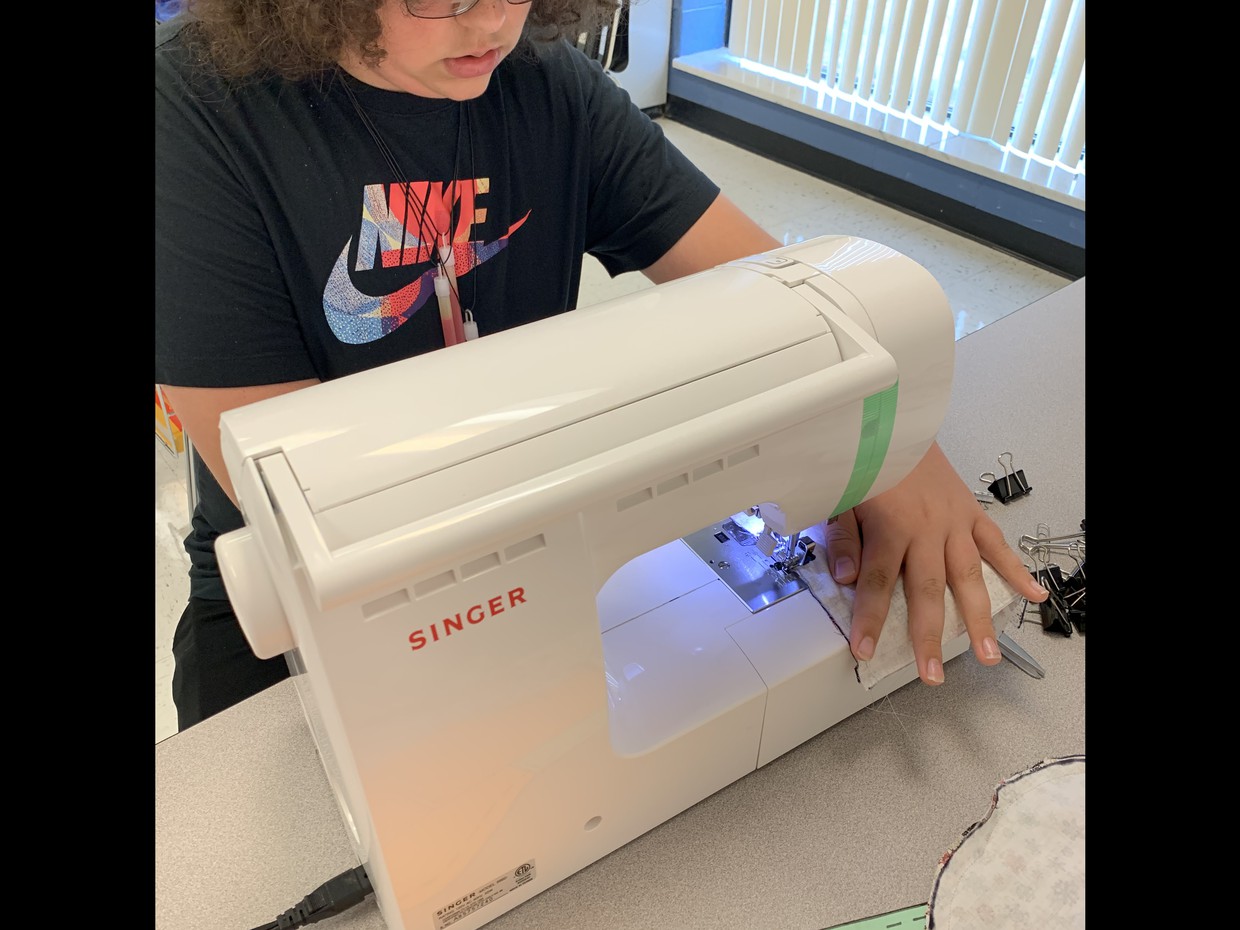 Girls' Soccer - The Girls Soccer Team lost a tough, hard fought battle on tuesday to Fernwood by a score of 5-2. The loss brought the teams record to 6 wins and 3 losses. Scoring a goal a piece were Alyssa Martinolich and Peyton Ballard. Also playing well were Kyra Pickart, Angelina Horin, and Dallas Allhiser. The team will close out their 2019 season on Friday hosting the Millville Thunderbolts at 4pm. Great job ladies!!

Field Hockey - The Field Hockey Team celebrated the 8th graders before their game against Fernwood on Monday, by presenting them with goody bags made by the 7th graders. Although the team lost 0-4, they worked hard and played a great game. During the last game of the season, the team lost to Millville 0-2 and ended the season with a record of 2-4-2. Overall, the field hockey team really improved over the course of the season and continued to give 100% every game!

This season, the two Coach's Awards went to Gabrielle Hiltner and Madison Summer​. Together, the two led the offence and worked so well together both on and off of the field. Lastly, the Sportsmanship award went to Angelina Petracci. Ang was an absolute pleasure to coach always helped out whenever she could. She was always respectable to her teammates, her coach as well as the other team. 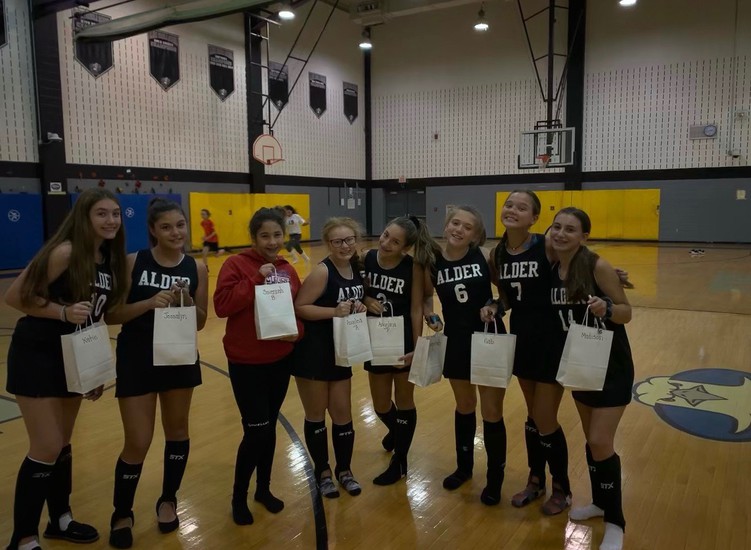 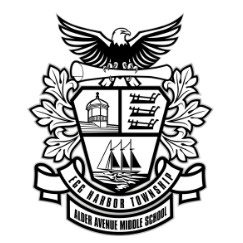