The myth of Santa Clause

The myth of Santa Clause

Saint Nicholas also known as Santa Claus or just "Santa", was actually a real man who spread the christian faith and be generous to others whilst being in 3rd century Turkey (A.D) he wanted to remain anonymous to everyone he had been nice to, or gifted to. Sadly, he was jailed for his generous acts, but even in prison he put some prisoners to the Christian faith.

How it became a holliday

Christmas, known as most Christians is the date to celebrate the birth of Jesus. Santa was also a key icon of Christmas because he did all these generous acts throughout his entire life. Many kids are happy to wake up to recieve gifts from the Jolly old Saint Nick. On the 25th of December they wake up to have gifts or coal under the christmas tree. the end

For Orthodox Churches, they don't have Santa Claus come on the 25th, but the 27th or 28th of December, meaning that Santa has to do 2 trips a year!

Where did Rudolph come from?

He actually didn't come from the myth it's self, but rather from a 1930s movie about a miss-fit reindeer that had a glowing nose. Called "Rudolph the red nose reindeer" 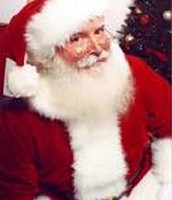 Where did Santa's colors originate?

Santa's colors, actually didn't come from the myth it's self, but actually the company Coke Cola with their iconic Red and White colors.