Ground School cadets have completed their simulation training sessions and other prerequisites. Now, they move on to the real deal, FLIGHT! Cadets have begun actual flying lessons with the help of a Certified Flight Instructor at the Academy of Aviation in Gastonia. 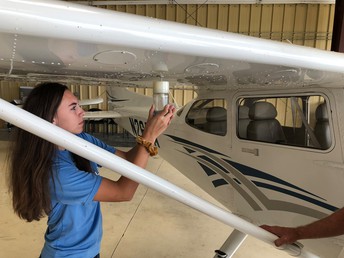 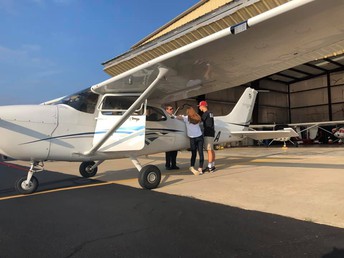 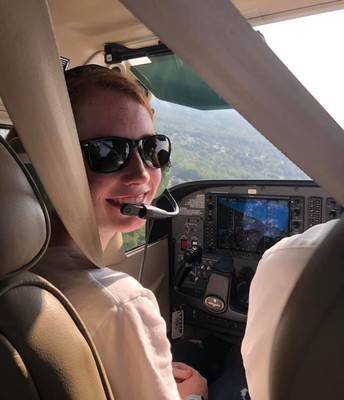 The application for the Air Force JROTC Flight Academy Private Pilot Scholarship Program is now open. Cadets who will be 16 years old by June 2020 should consider applying. Visit our website for more information.

The scholarship program is a collaborative effort between the aerospace industry and the Air Force to address a national pilot shortage. Currently, Boeing predicts an annual need to hire 6,000 civilian pilots a year for the next 20 years. Military needs quickly push that number over 8,000. According to industry and military leadership, the nation is facing a pilot shortage “crisis."

The Flight Academy also addresses a secondary national issue of diversity. Aviation is one of the least diverse professions in industry. Currently, women make up less than 6% of pilots and minorities represent less than 10%. Air Force Junior ROTC currently has 125,000 cadets enrolled in high schools across the nation and is the Air Force’s most diverse program. Minorities represent 58% of the Air Force Junior ROTC student body and females make up 40%. Cadets selected for the flight academy represented female and minorities more than three times the national averages.

On September 20th, the cadet wing staff put together a tremendous field day for the cadet corps. The beach themed field day included a myriad of events to include hula hut dodgeball, a mile relay, capture the kickball, a logistics relay, rowboat racing, pickle ball, four square, tug of war and slip slide bowling. Lots of fun was had by all who attended. Congratulations to Alpha Flight for coming out on top and being crowned Field Day Champions! 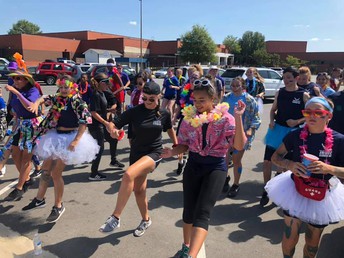 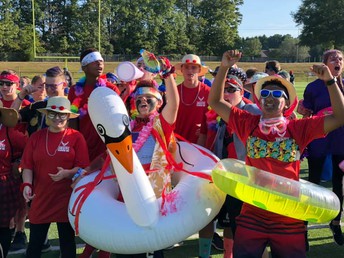 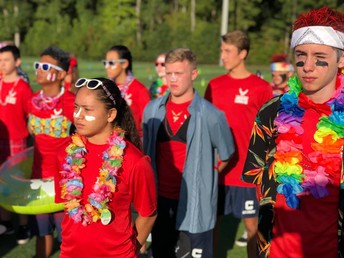 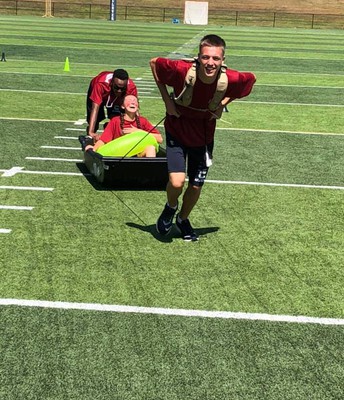 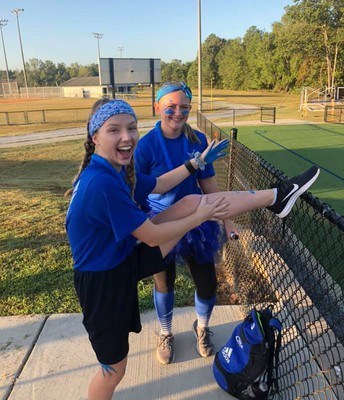 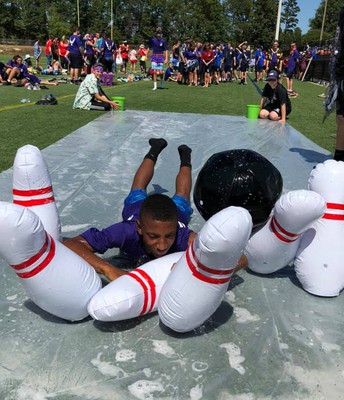 Congratulations to the Clover Marksmanship Team for an Outstanding third place finish out of 25 Teams at The Volunteer Rifle Match in Church Hill Tenn. Some of the top JROTC Teams in the country competed in this match. Dylan Walden finished 5th out of 100 competitors with a PR of 540. Austin Dickey shot a 522 at his very first Major competition which was also a PR. The number two team had a respectful 9th place finish in their very first match. This was a great start in our first match of the season. Team #1 Dylan Walden, Asa Lassiter, Austin Dickey & Samantha Cotton. Team #2 Catherine Justice, James Higgins, Patrick Stapel & Ryan Morrison. 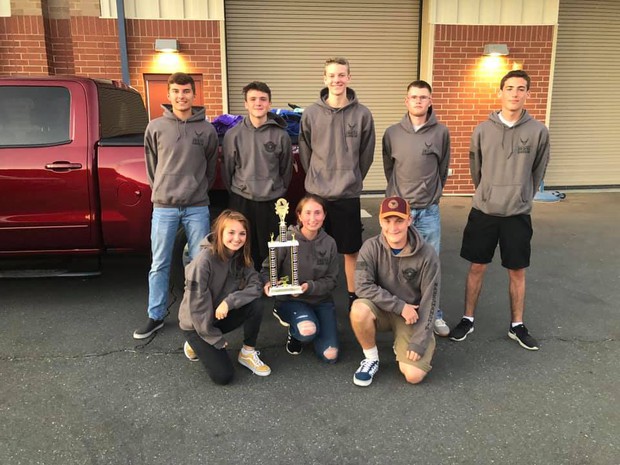 All cadets have now been issued uniforms and begun wear. Cadets are reminded to check the Operations Order weekly for the proper uniform combination. Good haircuts, ironed uniforms, clean shaves and shiny shoes are a MUST! 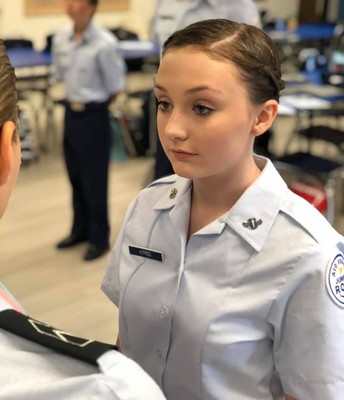 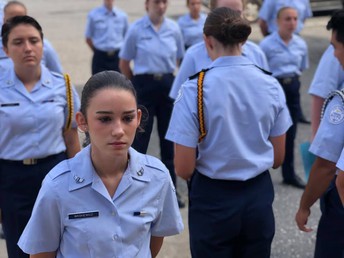 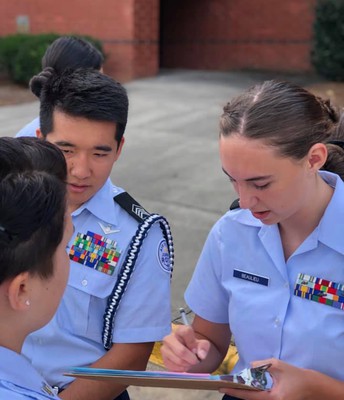 On Saturday, 32 cadets and parents volunteered to work the Schaeffler Company Picnic for the Compass Rose Event Company. The event served as a major fundraiser for the drill team and will enable them to travel to national competitions in Dayton Ohio and Daytona Beach Florida. 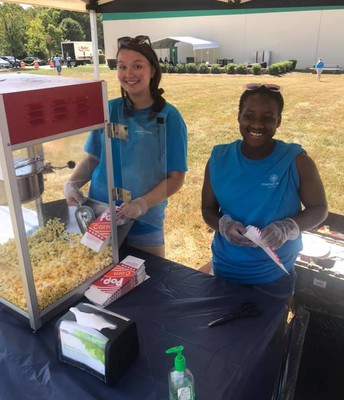 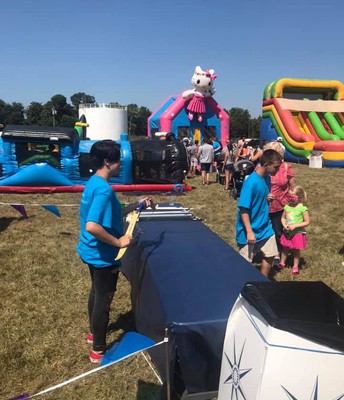 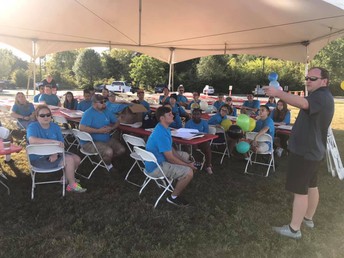 Congratulations to Zach Counts on his recent promotion to Lieutenant Colonel. Zach started his Air Force journey 24 years ago in the inaugural JROTC class at Clover High. Besides his day job with Delta, Zach still flies F16s with the SC Air National Guard. 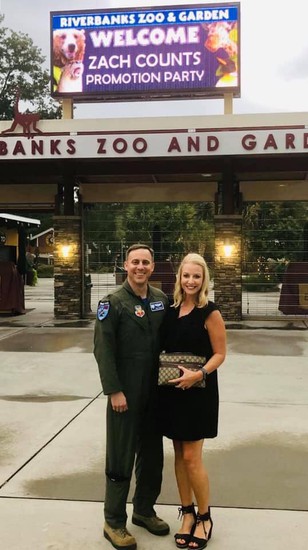 "Service Before Self" is one of our Cadet Corps Values. Keeping that in mind, cadets are reminded they should accomplish 6 hours of service learning each 9-weeks. Service hours should be annotated on the service log sheet and submitted to their Flight Commander.

All cadets will have formal pictures taken during class. Ordering info can be found at https://www.pdiportraits.com
Get Directions 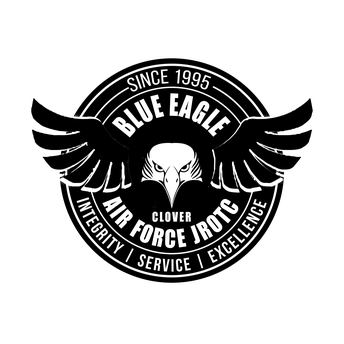