The start of an acting career

IN 2004 Mendler was about 11 to 12 years old she got her very first acting career. She was in the movie called The Legend of Buddha playing Lucy. Then Mendler got her second role at the age of thirteen being a guest star on General Hospital. In 2009 Mendler tried out for the role of Sonny Manroe in the Sonny with the Chance. But Mendler did not get the part Demi Lovato did. In 2010 Mendler got the role of Teddy Duncan in Good Luck Charlie. Then in 2011 Mendler got the role Olivia White in the Disney movie Lemonade Mouth. 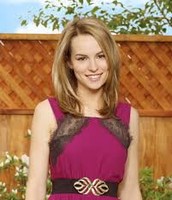 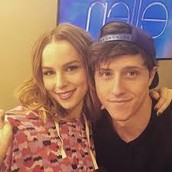 Bridgit Mendlers very first album Hello My Name Is... was out in public on October 22,2012 and was released by Hollywood records. Then on Febuary 12,213 her second single Hurricane was released to Radio airplay. The song was put at number 1 Billboard put Under Hot 100, in the US, and sold over 300,000 copies. Bridgit Mendler has sung 29 songs and they were put on several stashins. Bridgit Mendler has gotton an Radio Disney Music Award for Best Acoustic Performance.

About Mendler life outside acting

Bridgit Mendler was born on December 18, 1992 in Washington D.C. She is currently dating to Shane Harper. She is the age of 22 and she has 1 brother named Nick Mendler. Mendler has 2 parents that are together and thier names are Harry Mendler and Leah Mendler.