The Last of the Czars

by Jennifer, Michael, Mitchell, Will, and Kennedy

The Last of the Czars

by Jennifer, Michael, Mitchell, Will, and Kennedy

Nicholas Romanov II was the last emperor, or Czar, of Russia. After his father's unexpected death, he was needed to rule Russia, but he felt unprepared to do it. He was was known to be an inefficient and naive ruler. He married the German Princess Alix of Hesse, and they ruled Russia together with their five children. Once he became ruler, people noticed he wasn't capable of actually ruling them. He provoked war with Japan by encouraging expansion in Manchuria and suffered a terrible loss. During World War I, Nicholas took control of the army but, again, suffered a terrible defeat and many lost lives. He was the last of the Romanov family, ruling for 300 years. 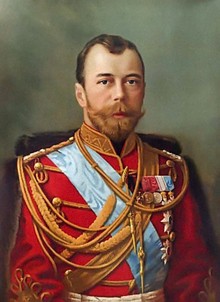 Grigory Rasputin was a Russian peasant. He told all of his followers that he was "the most powerful man in the land." He also was known for being "God's messenger to the rulers of Russia." Grigory had a brother named Dimitri, who died from pneumonia when he was 10. In 1906, Rasputin went to St. Petersburg known as a mystic and faith healer. Two years later, he was introduced to Czar Nicholas 2 and his wife, Alexandra Feodorovna, who were seeking help for their sickly son, Alexis. Rasputin gained their trust by "curing" their son from Hemophilia, which is a bleeding disorder that slows the blood clotting process. Czar Nicholas, his cousin Grand Duke Dimitri Pavlovich, and Prince Felix Yusupov, invited Rasputin to Yusupov's palace, tried to feed Rasputin wine and cakes poisoned with cyanide. After attempting to kill him, Rasputin seems to be not affected by the poison. They all freaked out. They didn't know what to think, was he really God's Messenger? Was he protected by evil forces? Yusupov excused himself and went upstairs to get a gun, came back down and told Rasputin to look at a cross and pray. Yusupov stands over the wicked man, thinking he was going to save the anarchy of Russia. 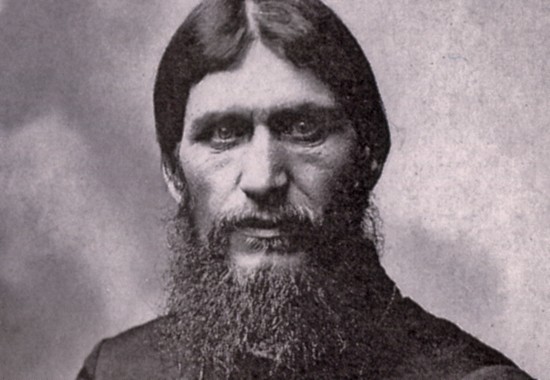 Death of the Romanov Family

On the night of July 16 Nicholas Romanov II was awakened by Bolshevik officials and told to follow them with his family. The police led them down to the basement of the home where twelve men ambushed them and executed all of them. The Pravda, Russian newspaper, reported that Nicholas had died, but his family safely escaped. For decades the Russians believed it. It was only until the fall of the Soviet Union that government opened an investigation into the deaths. It lasted twenty years, but Nicholas, his wife, and three of their daughters were found and buried together in St. Petersburgh. 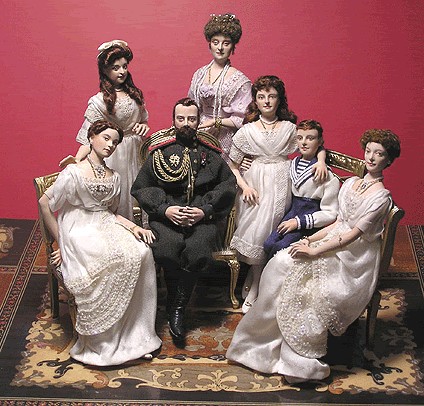 It was a cold winter day in St. Petersburg, Russia. Over 135,000 people signed a petition and some of them marched to the czars winter palace to show them the petition. Security guards were nervous when they saw all those people march up to the palace. So, thinking the people were going to attempt to overthrow the czar (which they weren't) guards opened fired on the citizens, killing over 200. This event shocked Russia and changed it forever. Other cities in Russia rioted and striked against guards and lost trust of the czar. The stress Russia had lost it the war against Japan, and later had a revolution. This event changed the country forever. 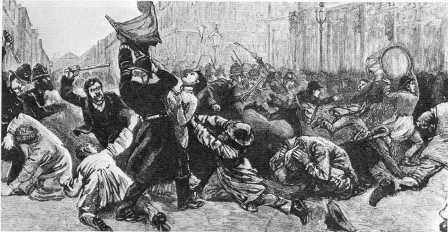