Facts that will make you belive that ghosts do exsist

Facts that will make you belive that ghosts do exsist

A common type of ghost is a messenger ghost. They deliver news to the living after they die. This example of a messenger ghost is about a woman going to visit her grandfather but he died before she got there. This is a quote about a mom going to visit her dad but she didn’t know that he died on her way to visit him. The father, who had died became a messenger ghost and sent the message to Gladys before they got there. “Before Gladys could say anything her grandfather spoke. He told her not to be scared it was only him” (pg. 14). Some messengers fulfill promises that they made when they were alive. “That was mom’s signal letting me know that consciousness did, indeed, go on after death. Her promise was fulfilled” (pg. 17). This quote was about a mother that made a promise to her daughter. The promise was that when she died she would tell her daughter that her soul made it to the afterlife. Other messengers can send you a task to help them pass on to the other world. For example, a man was convinced that a messenger ghost was his passed father and this ghost told him to look in the Bible to find his father’s will hidden there. That shows how his father was a messenger ghost and he sent a message to his son. Messenger ghosts are just one of the types of paranormal creatures you will find in the world. They can send personal messages to others that no man could do. How does the messenger ghost not exist?

Other types of ghosts are helpful ghosts. They are very nice and do not cause harm. There is a ghost that lives in a library in Topeka, KS. He is said to use objects to help find things people are looking for. “Captain Joshua Slocum believes a ghost helped him to become the first man to sail around the world” (pg.25). He believed that when he was sailing in the sea he passed out. When he woke up he saw an old eerie looking man. The man told him not to be afraid because he was there to help him sail the ship while he rested. The strange thing was he was the only one on his ship. Two pilots crashed in a flight known as Flight 401. It caused 101 deaths including the two pilots. The two pilots “are devoted to protecting the passengers and crew of the airplanes that carry parts of Flight 401" (pg.30). As you can see if you are to encounter a ghost you might want to encounter this friendly ghost! They are no exception to the fact that ghosts are real. With all these superhuman helpers it just doesn’t make sense that the helpful ghost is not real. 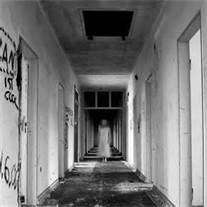 Finally, the third type of ghost is the dangerous ghost. They come back to kill someone or they can come back for revenge. Some ghosts can convince people to kill themselves. One man saw this when he saw a ghost talking to a woman convincing her to commit suicide. “The woman picked up a table knife and cut her throat right in front of everyone” (pg. 33). Other ghosts can make physical contact with humans, causing them pain. “All at once Durham saw the man strike out with his arm, and he had a feeling of being hit” (pg. 35). Ghosts can also come back for revenge on others. “The three survivors of the shipwrecked Pierrot later met with mysterious deaths that some blamed on the ghost of a shipmate they murdered” (pg. 37). Deadly ghosts are scary but they are rare. Just try not to encounter these ghosts! These are truly good examples on how these inhuman deaths or injuries are caused by a dangerous ghost. 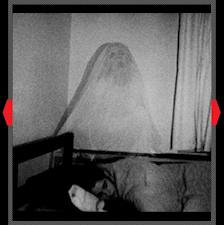 As you can see, there are types of ghosts that you might or might not want to encounter. Messenger ghosts send news to the living. Helpful ghosts help or assist people with things they need. Finally, dangerous ghosts come back to harm or come back for revenge. Ghosts do, in fact, exist. Some people will believe, some will not. The stories, encounters, and witnesses of this paranormal activity are enough to prove that ghosts are real, and in this world.

Follow Ryan Jones
Contact Ryan Jones
Embed code is for website/blog and not email. To embed your newsletter in a Mass Notification System, click HERE to see how or reach out to support@smore.com
close