For sale Battle of Chacellorsville

For sale Battle of Chacellorsville

with excellent and reckless battle strategy by Robert E Lee, the confederate forces win the 8 day skirmish in the village of chancellorsville in virginia 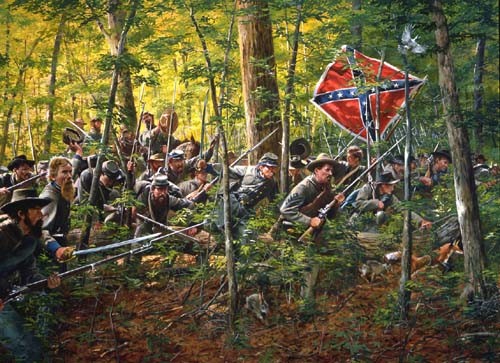 this picture is an overall guide of the surrounding area and the overall plan of attack for the confederates.

this picture depicts the area in Virginia where the fighting took. as its great for it to take place there since the tip of Virginia is so close to D.C where the union capital is located.

this picture depicts the overall execution of the plan to divide the larger union in two and then attack the enemy. this strategy led to the overwhelming victory of the south 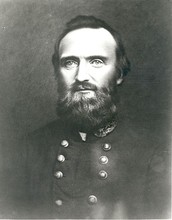 with 14000 causualities of the union army compared to the confederates 10000 the battle was very costly. but the defining injury was of stonewall jackson who was shot accidentally by his own forces.

purchases the battle of chancellorsville

with great tactics by the confederate forces the union suffered an embarrassing defeat by the twice as small confederate army. but sadly stonewall Jackson was ionjured in the process but survived.