The counseling department would like to share some information with you about helping students to grieve, as we are facing several deaths in the community and extended family this week. Please follow this link for more information.

We don't yet know when Da Ye will be returning. Rumors have said next week, and others rumors say February 20. When she does return, I want our students to be prepared and to know how they should treat her. These tips don't come from counselors or research, but from someone who also lost a sibling as a middle school student.

Here is the basic version of this:

1. Partner students into groups of 2-4. This could be table groups, or you could have them walk around to partner up.

2. Project on the board or hand out key words/concepts/ideas or problems related to what you are learning about. Be sure to have two different sets of whatever kind of question you are asking. (For younger students who cannot yet read and write, give them a task to complete or a question to answer).

3. Have each student work on one of the problems you’ve posed/question you’ve asked for 1-2 minutes.

4. After students are done, ask them to trade their papers. Partners then check each other’s work to affirm what is right and add on information that is missing or correct any mistake in the problem.

5. As a class, go through the answers.

-After partners have traded answers, ask them each share about why they chose the answer they chose or solved the problem the way they solved it. This step helps to engage students in metacognition.

-Instead of having students work at the same time, you can have one work while the other checks each answer or step of the problem. This is particularly helpful when pairing mixed-level students.

-Ask your students to create questions for their partner to solve.

-You can use this same technique for longer review times and have students continue to trade partners. 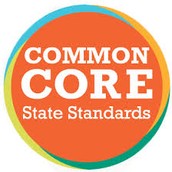 
I remember when I first heard talk of a national curriculum being developed in the United States. It seemed ambitious and a bit unrealistic to expect that our fiercely independent nation, with its diverse demographics and needs, could come up with one set of standards to guide its curricula in all 50 states. I remember talking to Heather Fischer about it, and she expressed great frustration over having worked with the state of Michigan to develop state standards, only to have them usurped by these up-and-coming national standards. I also heard rumblings from Christians who were upset by the worldview of the literary selections being coupled with textbooks aligned to the standards. As time has gone on, the controversy around these standards has continued. Therefore, when our curriculum team found out that the NWEA standards we’ve been using were being changed to encompass even more content, making them quite unusable, I was very hesitant to even consider anything connected to the Common Core.

At the same time, one thing I’ve learned from teaching media literacy is not to trust what the press says about anything before I check it out for myself. Much of today’s news media makes its money on fanning the flames of controversy, and this often blinds us to reality. Since Dalat needed to consider new standards, it seemed only fair to consider standards aligned to the Common Core in the selection process. You know the end of the story….we did indeed choose the AERO standards, which are, for the most part, aligned to the Common Core. What did we find that would change our perspective about these standards?

Are the Common Core standards anti-God?

This area was a big concern for me. I want nothing to do with promoting a secular humanist philosophy at Dalat School. As I looked at the actual standards, though, I had to admit that there is no way that the actual standards could be anti-God. They’re standards….they’re telling you that kids need to count, read, write, think…like all standards do! They’re less specific than the NWEA standards we’ve been using, there is a different ordering to some things, but for the most part, they are not that different from what we’ve been using. If this is the case, why have there been accusations of there being an anti-God agenda to them? Simply because the textbook companies developing curricula around these standards have taken the opportunity to add their secular philosophies to what they’ve developed, and some of these curricula have been adopted by states which are not giving teachers a choice about what and how to teach. The actual standards cannot be faulted for this, though.

Why has there been so much controversy around these standards?

I’m not in the United States living in the midst of all of the controversy, but from what I can piece together from here, the implementation process is what has caused the trouble. Along with the development of these standards has come text book companies capitalizing on monopolizing the market, teachers being forced into a cookie-cutter mold of curriculum, excessive standardized testing practices….it sounds like a nightmare. Many states have now pulled their support from this initiative. I haven’t found evidence of something wrong with the standards themselves, but there is all kinds of evidence of malpractice with their implementation.

Why did we choose the AERO standards?

There were many factors involved in this decision. The first is that the SAT test has now been aligned to the Common Core…this year marks the first year the test is in its new Common Core format, and we want to be able to prepare our students for the test. Even though the standards aren’t radically different from what we’ve been doing, they use a language and style that we want our students to be able to use. Second, AERO took Common Core and added in elements more appropriate for overseas schools. We like that we will be able to keep up with the standards that are common to most American schools, but it’s been adapted to fit our international context. Third, we like that Common Core offers us anchor assessments to which we can compare the work of our students. For instance, with English, they offer samples of student work for each grade level with help for teachers in how to assess the work. Finally, most text books today have been aligned in some way with the Common Core, which makes our job much easier.

I hope this has been helpful to you in understanding what led us to choose the new standards we have. Education is always changing, which is frustrating, but this was put into perspective by something I heard an educator say recently: “If you had a heart condition that necessitated heart surgery, and your doctor told you that he hadn’t updated any of his surgery procedures based on the latest research/best practices for the last 20, 15, 10, or even 5 years, wouldn’t you want to go see a different doctor? Why do we educators complain about having to change our practices based on the latest research? It’s an occupational necessity in most professions.”