A Story of Baghdad

A Story of Baghdad 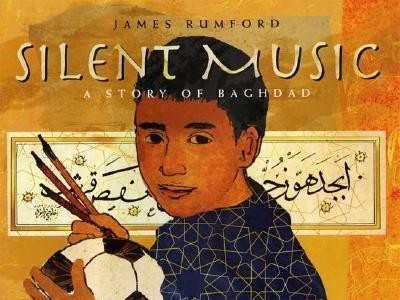 Silent Music was written and illustrated by James Rumford. This fictional book is about a boy named Ali whose way of hoping for peace during the war is to make beautiful calligraphy. Silent Music has won awards such as the Charlotte Zolotow Honor Book for 2009, and the Jane Addams Peace Honor Book. James Rumford also received the Peace Corps Writers Award for Best Children's Writing with this book. 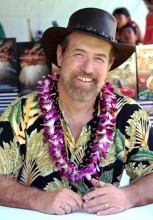 James Rumford grew up in Southern California. As an adult he joined the Peace Corps and spent time volunteering in Chad and Afghanistan. His first book was The Cloudmakers in 1996. He says he has always loved calligraphy from both China and Persia. This love of calligraphy combined with his experiences while in the Peace Corps and the war in Iraq are what inspired him to write the book Silent Music. 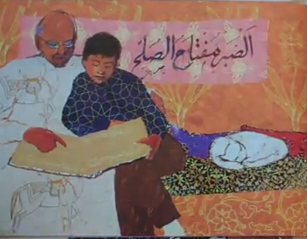 James Rumford used the computer to illustrate this book. He used Adobe Photoshop to create a collage-like feel. For his older books, he would actually cut and paste all of these pieces of paper together. He got tired of doing that so he taught himself how to do it on the computer. He would start off by sketching the outline and then scanning it in. He would then create all of the prints and fill in the picture.

Silent Music fits this criteria really well. The book illustrates diversity by showing how boys in Baghdad learn how to write calligraphy. It also shows what Ali thinks with the war along with how he deals with it. This offers students in America a different viewpoint on the war. This book shows the commonalities in Ali's culture compared to the United States culture. It does this by showing how Ali writes. This is something that children in the US can also relate too. In the book, Ali also shares just how much he loves to play soccer and loud music. This is also something that students in the US can relate to.

This book allows upper elementary students to analyze how the Iraqi war affects children who live in Baghdad as apposed to the United States. They get to see the everyday life of a child from a different country.

Silent Music has great illustrations that help convey the story. The illustrations also include calligraphy that has text boxes to translate the meaning or name. While the book is written about a boy who lives in a war zone, it still has an endearing quality. It conveys the feelings of war without being graphic. It focuses more on striving for peace.

Ali and His Friends

Ali plays soccer with these friends

Ali leaves messages to his dad on the mirror in the mornings.

Standard: CCSS.ELA-Literacy.RL.3.7 Explain how specific aspects of a text’s illustrations contribute to what is conveyed by the words in a story (e.g., create mood, emphasize aspects of a character or setting)

Objective: The student will explain how an illustration supports the text of a book.

Follow Ashley Lesser
Contact Ashley Lesser
Embed code is for website/blog and not email. To embed your newsletter in a Mass Notification System, click HERE to see how or reach out to support@smore.com
close