The average shell size for an adult is 70-90cm. The average weight of an adult is 30-70kg. It has a beautiful shell that needs to be stopped poaching for!

The Hawksbill Turtle lives in a coastal ocean biome and they live in tropical oceans like the Pacific Ocean, Atlantic Ocean, and the Indian Ocean. The climate is very warm and tropical around 82 degrees Fahrenheit. They love to swim in shallow water so just let them swim!

What do they eat?

They eat sponge that stick to coral that are actually poisonous to other animals. So think the Hawksbill Turtle is saving other fishes lives so why don't you save theirs? Their hard shell protects them from many predators but they usually get hunted by crocodile, sharks, large fish, and even humans 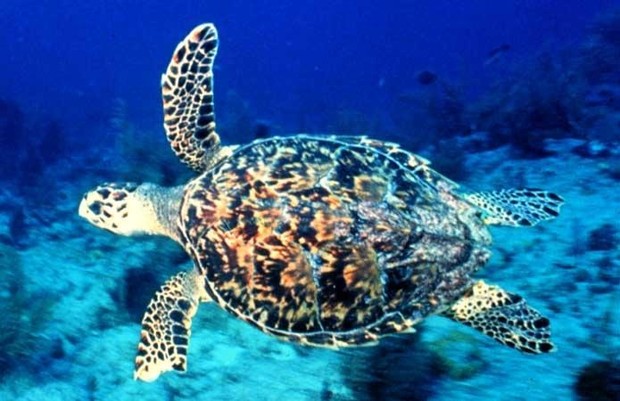 Why are they Endangered?

The reason they are endangered is because humans are poaching them for there beautiful shells. Which people need to start leaving on their back.

Follow Cole Kearby
Contact Cole Kearby
Embed code is for website/blog and not email. To embed your newsletter in a Mass Notification System, click HERE to see how or reach out to support@smore.com
close