Get email updates from krysten:

The lovers Romeo and Juliet, Guilty ruler Adolf Hitler, NFL former Steelers player Terry Long. What do all these victims have in common?

The answer to the question above, is Suicide.

How global is it?

Suicide is the 2nd most common death in the world. Globally there are about 730,000 suicides annually. Males seem to commit suicide more often than females and by more violent ways also. Although, women attempt suicide more currently than men. According to U.S. Department of Health and Human Services, 5,350 people between the ages of 15 and 24 commit suicide in the United States. (Conrad 3). That indicates that suicide victims are mainly in schooling. Studies show that in San Diego, 21.1 percent of the males and 30.3 percent of the female students had seriously considered committing suicide in the past year; and that 7 percent of the males and 12.8 percent of the females attempted it. According to KidsHealth, “Girls think about and attempt suicide about twice as often as boys, and tend to attempt suicide by overdosing on drugs or cutting themselves.” (Nock 3). Yet U.S health department studies show, boys die by suicide about four times as often girls, it is because they tend to use more quick deadly methods, such as firearms, hanging, or jumping from heights. A recent survey from San Diego middle school students said that 30 percent thought of committing suicide, 16.2 percent planned it, and 11.7 percent attempted it. On the San Diego high school level, 27 percent thought of it, 20 percent drafted a plan, and 10 percent attempted it. According to National Center for Disease Control, “More than 30,000 high school students in all fifty states produced similar findings: 27 percent thought seriously of killing themselves and 8 percent attempted it. It seems to be that Suicide is a never ending death within teens; especially since the ‘90’s.” (Jones 5). In conclusion, committing suicide is a very common death in all areas.

In 2002, Suicide was the leading cause in death around the world.

Why Teens turn to Suicide?

Why would teens with their whole lives ahead of them decide to kill themselves? It's a question that burns deeply inside of parents, brothers and sisters, friends, and strangers when a teenager commits suicide. Nobody will really know why some teenagers do it, because we are not that teenager who took their own life. We do not know the feelings they felt, or experienced exactly the same situations. Although, most teens who survive suicide attempts say that they tried to kill themselves because they were trying to escape a situation that seemed impossible to deal with, or they were trying to escape feelings like rejection, guilt, anger, or sadness. What causes these feelings? Well, the kinds of problems that teenagers face may be the complete oppisite from adults, but the problems are very real to the teens that are facing them. Sure, taxes, morgage, groceries, and gas money may be a stressful problem to parents and they may think that teen problems are nothing, but honestly to teens their problems are huge. It mainly depends on how the teen looks at their problem. According to CNN, Teenagers face the pressures of trying fit in socially, to perform academically, and to act responsibly (Gardner 3). So many frustrations can develope in ones mind within seconds, with teens, studies show that in their mind it is usually 88.9% of stress. Struggling to meet up to expectations is a huge stress problem for teens. If a teen has a problem and has nobody to talk to, to listen, to be there, to care for them; they may feel neglected. If a teen continues to encounter their problems alone, they could become overwhelmed and think suicide is the only way out of their problems and loneliness. According to CNN, “Gay, lesbian, and other sexualities of teens are more at risk for thinking about and attempting suicide than straight teens.” (Gardner 5). I agree with CNN’s study because many kids, teens, and even adults, are ridiculed, judged, and looked down upon just because of their sexualities. Another suicidal behavior could also be, self-mutilation. Self-mutilation is deliberately hurting oneself without meaning to cause one's own death. Examples of self-mutilation are cutting any parts of the body, usually of the wrists and thighs. Others behaviors include banging head, pinching, self-burning, and scratching. People think they want to die, but in reality they just want to be saved.
Suicidal Girl Makes an Unforgettable Video Everyone Should See

How does Suicide effect everyone?

The effects of suicidal behavior or completed suicide on friends and family members can be very devastating. People who lose a loved one to suicide are more constantly thinking of the reason for the suicide while also wanting to forget how their loved one has passed away, they often wonder if they could have prevented it, they could also feel blamed for the problems that lead up to the suicide, and feeling rejected by their loved one. Suicide survivors(also known as the people who lost loved ones to suicide.) may have a inconsistent emotion about the death, feeling everything from intense emotional pain and sadness about the loss, helpless to prevent it, begging back for the person they lost, and anger at the deceased for taking their own life. In addition, sacastic phrases such as, “I’m gunna kill myself if I ever have to do that again” or “Shoot me now, I don’t want to do this”, can bring pain to the person who has lost their loved one to suicide. It is not a laughing matter. In closing, suicide effects could possibly surround your life forever. 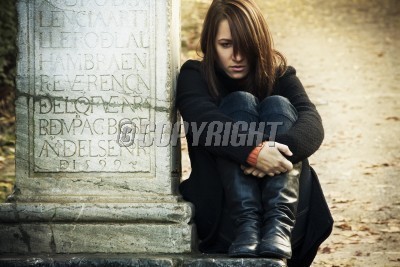 Follow krysten kelly
Contact krysten kelly
Embed code is for website/blog and not email. To embed your newsletter in a Mass Notification System, click HERE to see how or reach out to support@smore.com
close