Brenden is using Smore newsletters to spread the word online.

Get email updates from Brenden:

The Father of Nuclear Physics

The Father of Nuclear Physics

Ernest Rutherford did his work in New Zealand.

He discovered the nucleus of the atom and radioactive rays that were positively and negatively charged. 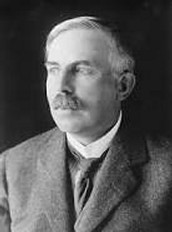 It is important to the atom because he discovered nuclear physics and that helped lead to the discovery of the electron.

Brenden is using Smore newsletters to spread the word online.

Follow Brenden Holling
Contact Brenden Holling
Embed code is for website/blog and not email. To embed your newsletter in a Mass Notification System, click HERE to see how or reach out to support@smore.com