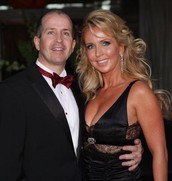 Have you witnessed any instances of domestic violence in your life?This is beyond consideration as not in your worst nightmare can you can image such a horrible thing. Nevertheless, you never know when such a brutal act is waiting for you. In addition, you can’t predict the reappearance of such occurrences in the future. Whatever the number be, it always leaves a dreadful memory that you would dare to recall. It is also noticed that the increasing number of such brutal acts has curtailed the trust of people from police and law and order. In many cases, victims prefer committing suicides just to get rid of regular violence and many such instances are so brutal that it leaves no option except death.

If you are a victim of domestic violence, which has a bad impact in your life, don’t lose hope. When you come to know about Deborah Alessi, who has also been a victim of such an act, you will start believing that you too will be able to get into your old flow of life. She was beaten badly and thrown down the stairs, the impact of which she still fears to remember. Deborah’s story reminds you about many women and children who have experienced such ugly acts in their lives.

Keeping in mind the ongoing instances of domestic violence, Deborah Alessi and her husband have formed a non-profit organization called Face Forward. This organization aims to help all those who have become victimsof domestic violence, and the impact of which has left scars on their face or any other parts of their body. It helps them to reconstruct their lives again.

Today, you will find many such victims who have experienced the helping touch of Face Forward. Specially,people whoneed immediate surgery on their damaged body parts, yet hesitate to bear the load of expenditure. Face Forward is for them, which not only takes care of your agony, but is also concerned about your monitory stability. If you seek help from this organization, you need to be committed towards its healing process. It may cost your relationship with the accused person, or you may be required to leave the dreadful circumstance to take a fresh breath. Even Deborah has ended the abusive relations with her boyfriend, which helped her reconstruct her way of living her life in a new way.

Other than some result-oriented surgeries, they also provide psychological therapy, which helps the victim get rid of the trauma. The initiatives taken by Deborah Alessi and her husband brought smiles to many victims who have again started their life afresh. www.faceforwardla.org
Dedicated to putting an end to violence