We wanted to say a sincere, heartfelt thank you for allowing us to teach your children everyday.

It's crazy to think we have already gotten to Thanksgiving! Enjoy the break and we will see you when we get back on Monday, December 2nd. 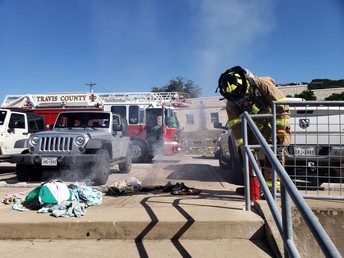 On Monday, we had a small fire in the school's dryer which caused us to evacuate the school. Thanks to Travis County ESD#1 for their prompt response, and to all the teachers and staff for helping keep our kids safe. 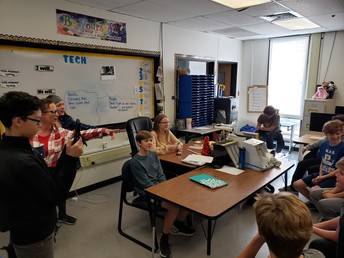 Mrs. Mel's Viking Voice held a mock trial this week to learn about questioning techniques, and also how to accurately report an event they are watching. 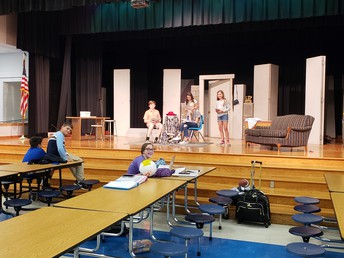 Our OAP team is actively preparing to defend their district title...it looks great so far! 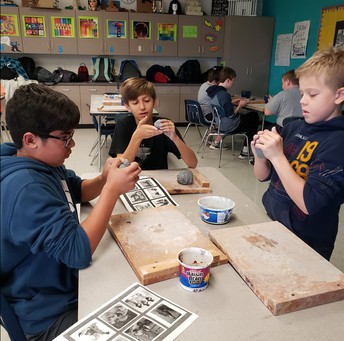 Ms. Wiechman's Art classes were working with clay this week and creating some amazing(and some interesting) sculptures. 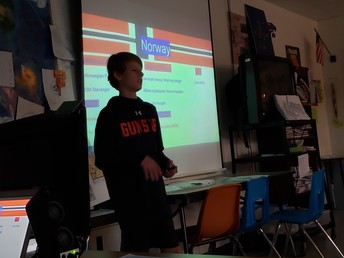 Coach Vitolas's class created travel plans for World Culture that included the landmarks they were going to see, how much money they needed and what languages they need to speak and more. 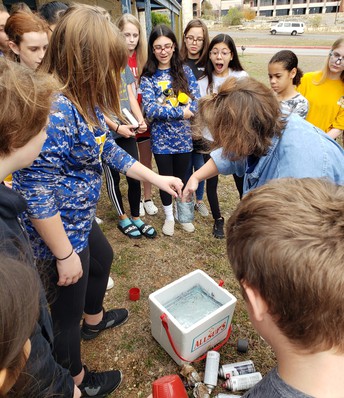 Ms. Wiechman showed her 8th Grade Art students how to Hydro Dip and they loved it. It was really cool to see the process and the designs they made. 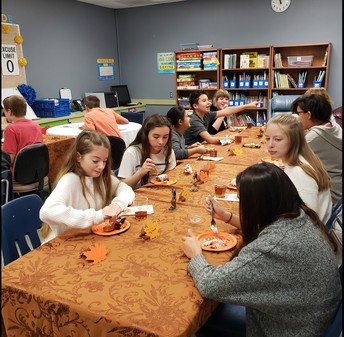 Our Culinary Arts class made an incredible feast for Thanksgiving...it was such a good meal. 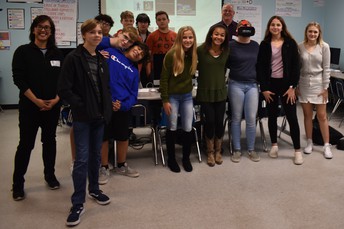 Our AAVTC class experienced AI with IBM's Mr. Coldicott & Ms. Cham. Thank you to both of them for coming in! 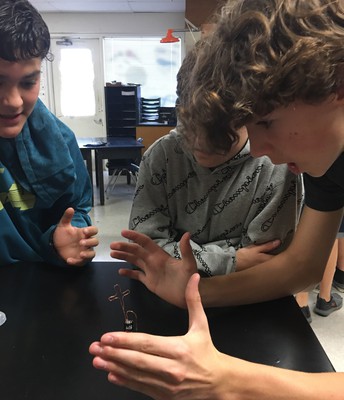 In 7th grade PAP Science we were demonstrating energy transformation by using copper wire bent into a movable shape over an electromagnet causing it to be a motorized figure. 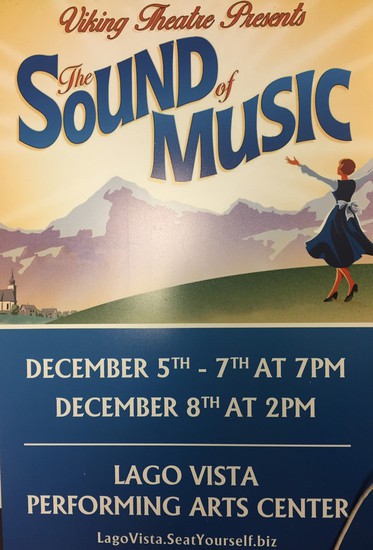 Band Is Getting Ready! Winter Band Concert is Thursday, December 12! 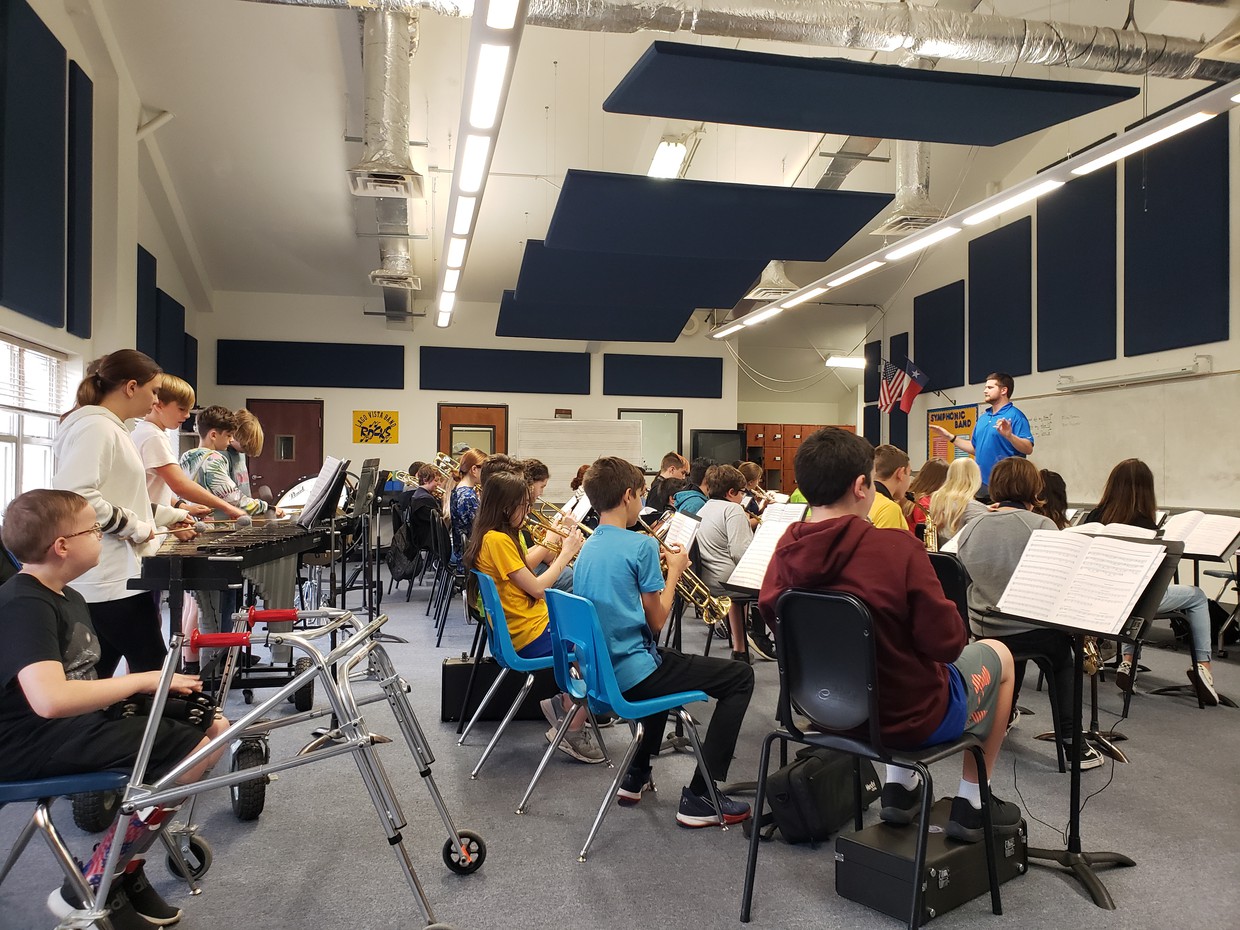 Blue Santa Applications Are Available In The Office

If you, or anyone you know, could use assistance from the Blue Santa Program, applications are available in the office. If you have any questions, please let us know! 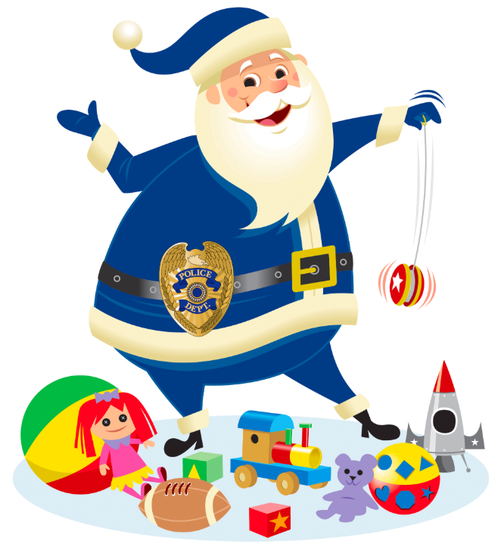 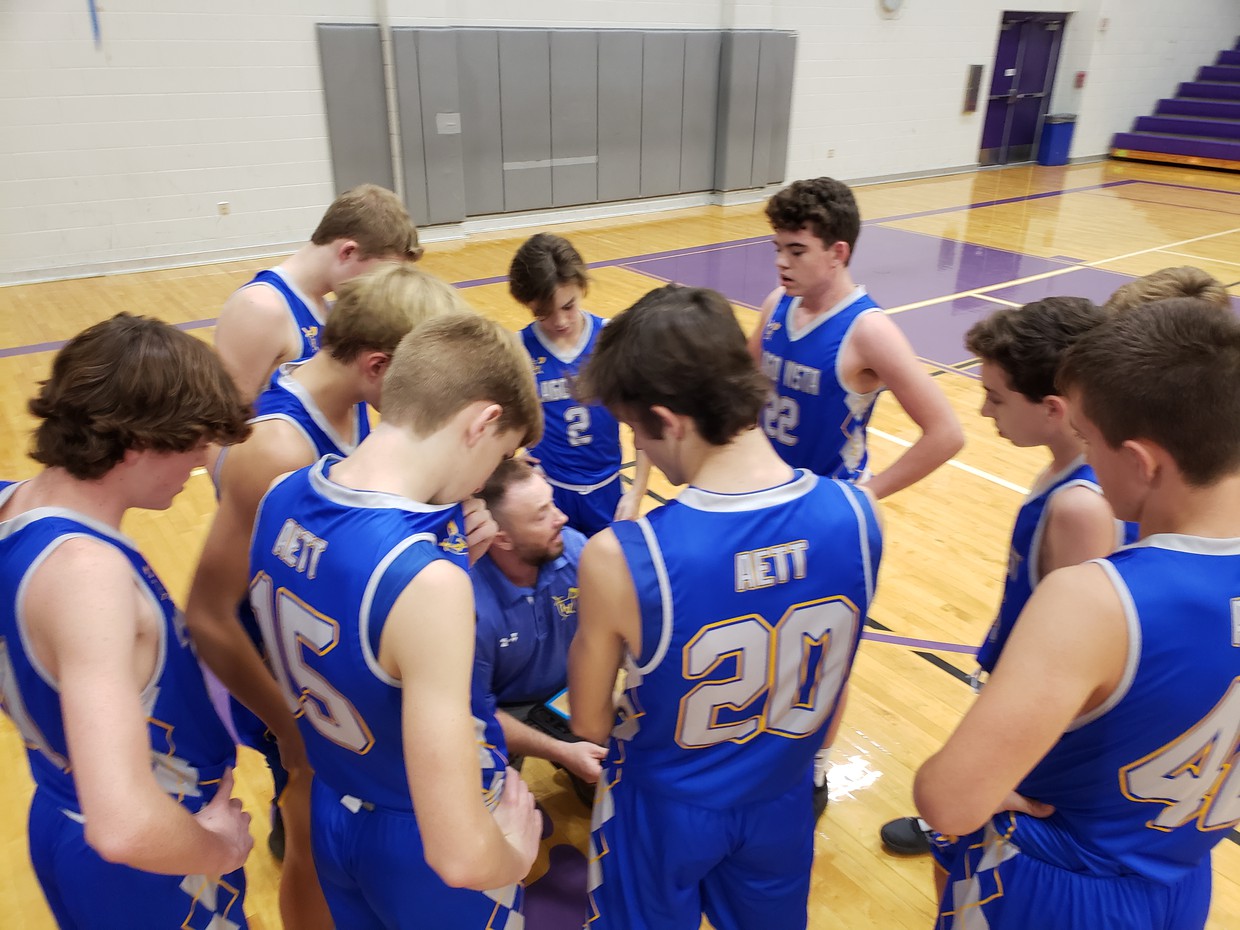 The 8th grade "A" team defeated Florence last night 42-9. Masson Harris, Devin Shipp, and Caden Nicholas had outstanding offensive games to help in the victory. Brayden Highlander and Cory Mosser were defensive players of the game. The Vikings held the buffaloes to just three 3 pointers all night. Lago will face some tough competition this weekend at the Franklin Invitational basketball tournament. Blanco will be our next district opponent on Dec 2.

7th grade traveled to Florence last night and is now 2 and 0 on the season. Leading scorers were Grayson Buster and Porter Herrod. Defensive players of the game were Henry Siesmore and Brooks Jackson. Great job last night and we travel to an A team tournament Saturday. 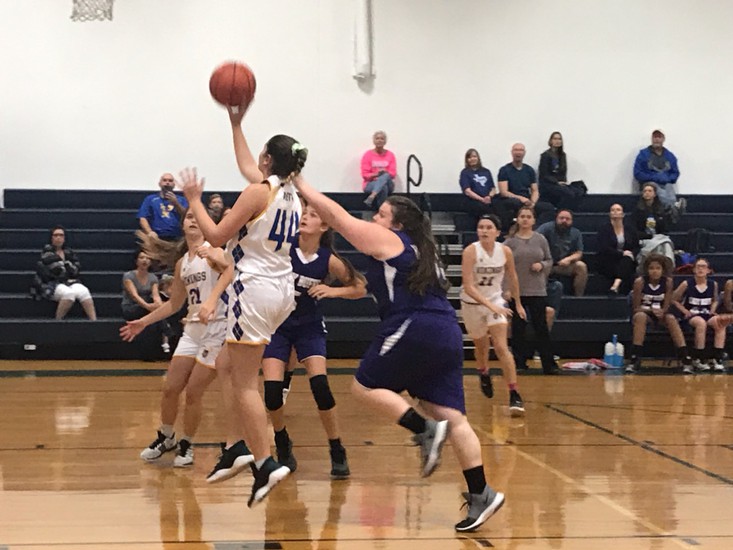 The Lady Vikings played their first home game Thursday night against the Florence Buffaloes. Lago Vista came out so strong and set the tone with their impressive defense, which overwhelmed Florence the entire game. The Lady Vikings played so well together, it was almost flawless. The game was an incredible performance for Lago Vista where everyone contributed to make the victory possible. The final score was 43-0. Amelia Robinson had 14 points and 5 steals, Chloe Patton had 10 points and 10 steals, Hanna Simmons had 7 points and 2 steals, Maddie Kassell and Shea Yeary both contributed 4 points, and Sydney Dohm and Sydney Heibert added in 2 points each and 5 steals. Outstanding job! Way to go, Lady Vikings!!

Our Blue team is consistently improving but still fell short against Florence. The final score was 19-4. Sabrina Vaughn and Bethany Rocha-Arbizo each had 2 points. Ava Loucks lead the team with 5 total steals and Gabby Spragley and Cheyenne Hernandez each had 3 steals! Also contributing to the team were: Gracie Clarkson, Naidelyn Orozco, Julietta Arellano and Isabelle Johnson.

The 8th Grade A team improved to 3-0 on the season with an impressive display of hustle vs. Florence. Final score was 36-12. The team takes great pride in their defense and putting pressure on the ball down the court. It showed Thursday with a team total of 18 steals. Leading the team in steals this week was Emma Clark with 7 steals followed by Kendell Karg with 5. Addison Lockhart led the team in scoring with 12 points followed by Arianna Steele with 8. Newcomer Caylon Penton continues to add a spark to the team coming off of the bench. Her energy and enthusiasm helps carry the team to victory at the end of games. The team will have to continue improvement as they will face a tough Blanco team after Thanksgiving break.

Our blue team had a low scoring game and just lost the win by 2 points with a final score of 10-8. Emma Prestage was our leading scorer with 4 points. Both Paige Parsons and Stella Gjelaj had 2 points each and Claire Brumfield dominated the court defensively. They’re coming together and improving everyday! Also contributing to the team were: Isabella Adams, Sienna Parsons, Sydney Abott, Lily Medina, and Joscelin Topete. 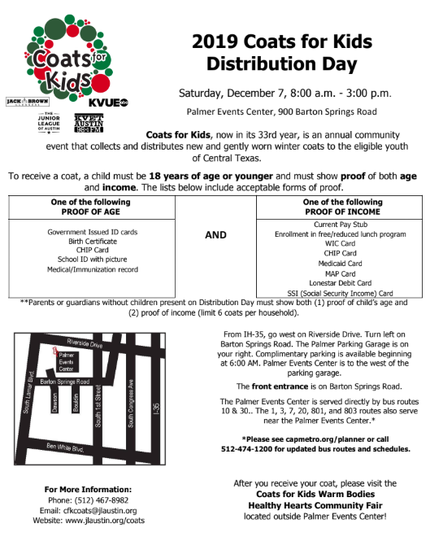