China has invented and discovered many important and influential items, without these discoveries the world would not be the same.

Inoculation was discovered by the Chinese, inoculation was a way of preventing disease from spreading. The Chinese would take a piece of an infected person's' scab and crush in into powder then place it in the nose of the person who they wanted to inoculate. Inoculation was a way of preparing and introducing someone's immune system to a disease so that their immune system would fight that disease. This discovery saved many lives and eventually led to the discovery of vaccines.

Gunpowder, discovered by the Chinese and changed warfare forever. Before the discovery of gunpowder people fought with swords and spears but this invention changed the way people fought. Gunpowder had to be used from a distance and was for more effective than a spear or arrow because of this close combat hardly ever occurred. Gunpowder was extremely effective and if the Chinese discovered it three centuries before Europe. 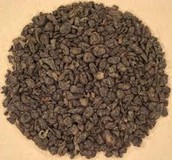 The compass was invented In the 3rd century B.C by the Chinese, it was extremely useful and quickly evolved into an effective device for navigation. The first compass was made out of a magnetized mineral called lodestone, in a bowl of water, that was pulled the the magnetic field of the north therefore it always pointed north. The lodestone was replaced by a magnetized needle because the needle had the same effect as the lodestone but gave a more accurate reading. The compass was extremely useful and is continued to be used today.