Lorenza is using Smore newsletters to spread the word online.

Get email updates from Lorenza:

The man who saved 1,200 Jews during the Holocaust

The man who saved 1,200 Jews during the Holocaust 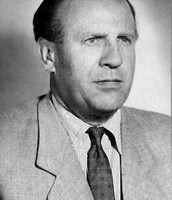 Schindler was seen as a succesful entrepreneur by many. As a businessman he owned factories and enjoyed expanding his corporations along with his opportunities. He liked to be in the Nazi Party and profitted from war. He was arrested by the Czech authorities and charged with spying and sentenced to death, but was realesed after. In 1939 he left his wfe and moved to Krakow due to impending war. He obtained an jewish enamelware factory to produce goods for the German military.

The staff in the beginning was small, and few contracts regarding kitchenware were made. The factory began to slowly progress and more staff was needed. Itzhak Stern was a jewish accountant that was hired by Oskar, in order to have a connection to the jewish community and to staff the factory with them. A total of 45 employees began working first, and later this turned into 1000+ (1994). Schindler originally hired jewish because their work was cheaper, the Nazi's atrocities led to a change of mind in Oskar and he began to hire jews regardless of their abilities. As jews began to be relocated Oskar ran to the train station and convinced a SS officer that his employees were vital to the war effort and finally freed and escorted them back to the factory. 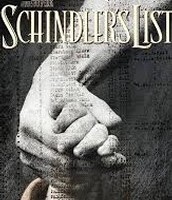 In 1943 a liquidation camp called Plaszow camp was settled for the jewish community of Krakow. This camp was run by Amon Göth, who had a good relationship with Schindler. Whenever one of Oskar's employee was threatened with execution, Oskar would bribe him to save their life. When Plaszow camp transitioned to a concentratio camp and all jews were to be sent to Auschwitz. Oskar requested for his factory to be relocated to Brenec. Göth allowed him to do so, in order for this to happen, Schindler had to write a list with the names of the workers that he wanted to take with him. He finally moved his factory and ordered his workers to make defective items since he didnt want to contribute to war effort. Various years later this list became known as Schindler's Life-Saving List, and he became known as a wartime hero.

This is a picture of the German commandant that had a good relationship with Oskar Schindler.

This is a picture of what the Plaszow work camp looked like.

Lorenza is using Smore newsletters to spread the word online.