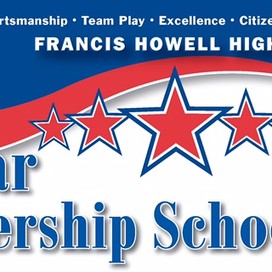 The girls program also made history as senior Emily Eberwine became the first Howell and FHSD wrestler to medal at State. Emily took 4th and medaled in her first year of wrestling. The girls program was represented at State by Emily Eberwine and Dani Lindsey. These two Lady Viking Wrestlers also became the first Howell and FHSD girls wrestlers to qualify for State. It was a season of many firsts for the girls program. Viking fans look forward to continued success from the program.

You can view the results from the State Championships below. Congratulations to the Boys and Girls Wrestling programs on a great season! 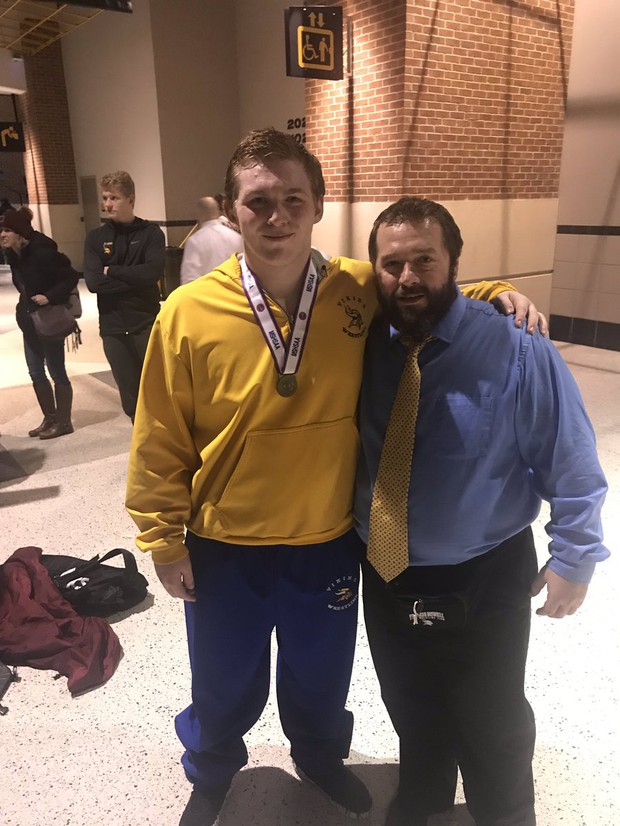 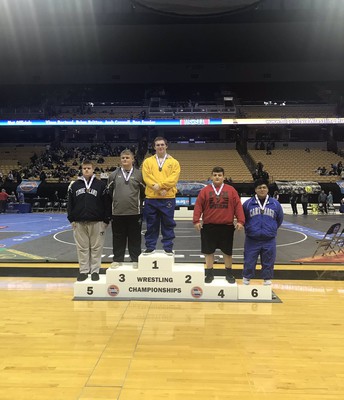 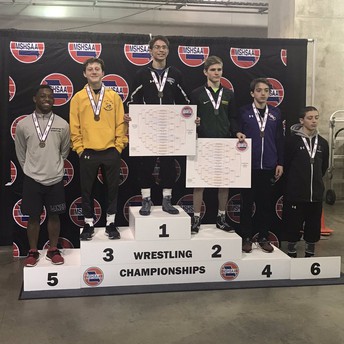 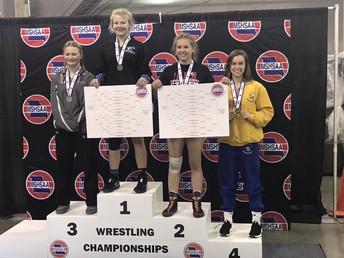 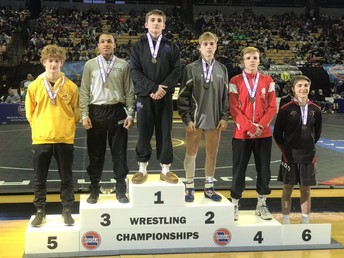 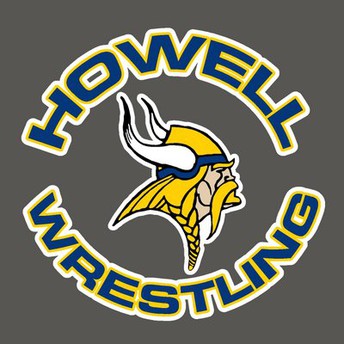 The Girls Swim program finished their season on Thursday as they competed in the MSHSAA State Championships. Our Lady Vikings qualified for the pre-lims in five events. You can view our State competitors and their events below. Congratulations to the Girls Swim program on a great season! 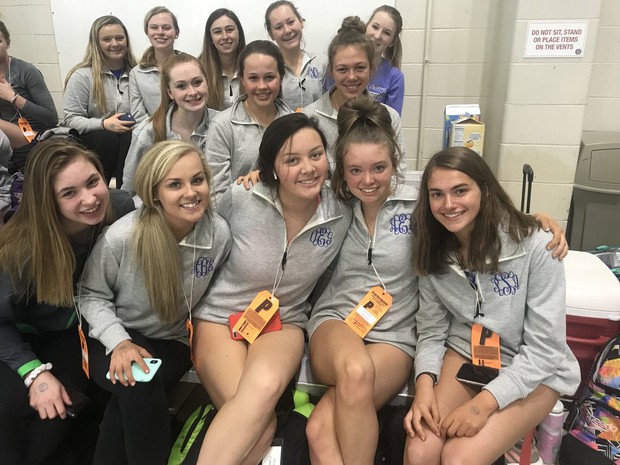 Congratulations to the JV Girls Basketball program on winning the Marquette Tournament. The Lady Vikings had three dominant wins to bring home the championship. The JV team has won 11 of their last 14 games. Good luck to the JV program as the finish up their season this week with games on Monday and Thursday. 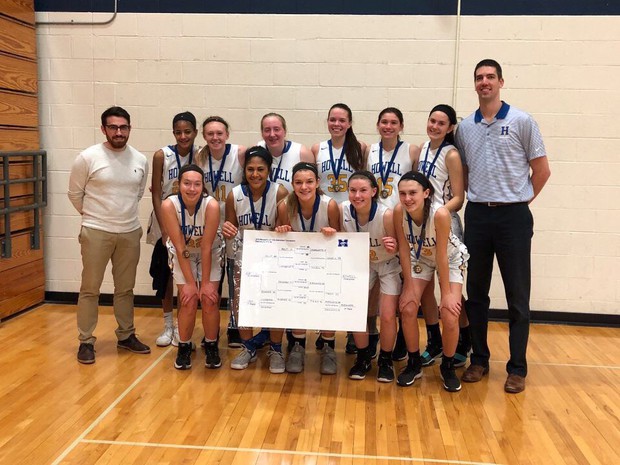 Boys Basketball Moves To 22-2 On The Season; Earn #1 Seed In Districts

The Howell Boys Basketball program earned a convincing win over FZW on Wednesday night to move to 22-2 on the season. You can view the highlights below from the game. The Vikings have already secured their fifth straight GAC South Conference Championship and on Saturday earned the #1 seed in the District Tournament. Good luck to our Vikings as they prepare to make a strong post-season run!
https://www.youtube.com/watch?v=L8VDQohbKxM

One of the hardest working programs in our building is without a doubt the Winter Drumline program. The young men and women within the program spend long hours at night and on the weekend preparing for winter and spring competitions. These competitions allow our Vikings to represent Howell at the local and national level. This weekend the Drumline program hosted a WGI Regional event on campus. Schools from acrosss the midwest came to Howell to compete. The event is hosted as a fundraiser for the program.

You can view a performance from Saturday of our very talented Drumline members below. Thank you to our Drumline members, staff, parents and volunteers for making the WGI Regional possible and thank you for representing Howell with pride!

Five Francis Howell High School student-participants have been named finalists for the 64th Annual National Merit Scholarship Program. The five students were among 16,000 high school seniors across the country who earned a designation as National Merit Semifinalists last September. The following five Vikings have advanced to the Finals and will be considered for 1 of 7,500 National Merit Scholarships this coming March. The scholarships total nearly $31 million. Congratulations and good luck to the following student-participants: 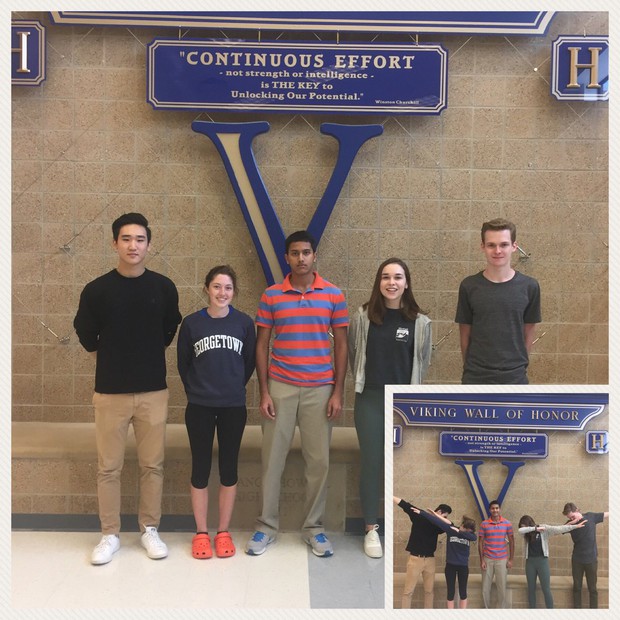 Congratulations to Howell senior and girls basketball player Izzy Daab for earning the UMKC Trustees' Scholars Award. This award is a full-ride scholarship for four years at UMKC. Only seven of over 160 plus students that were eligibile for the honor earned the award! Congratulations to Izzy on a great accomplishment! 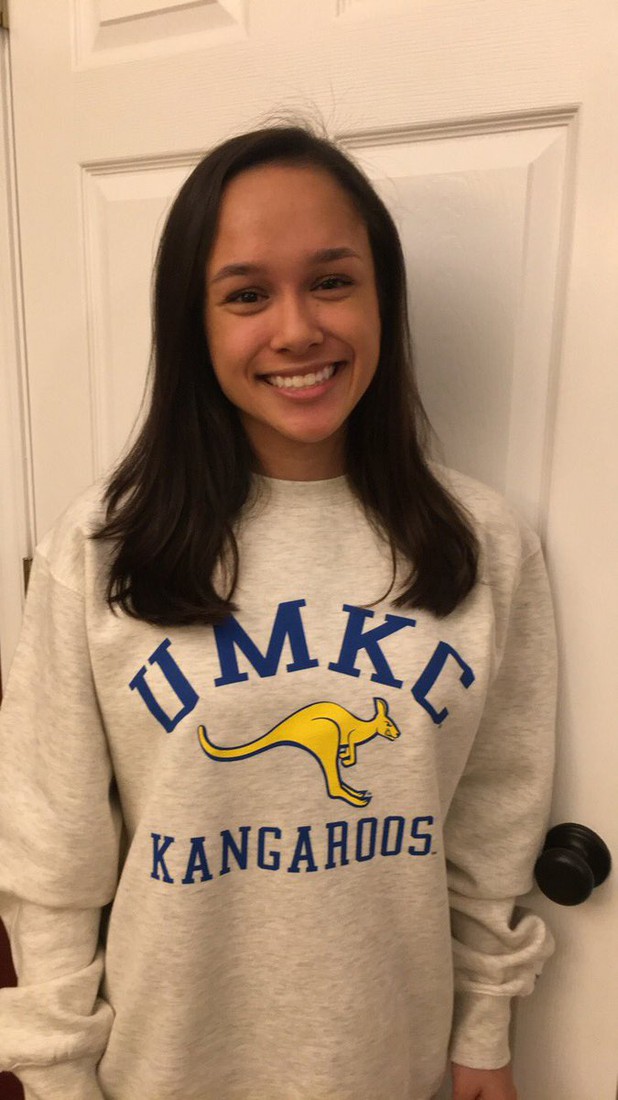 This past week the Howell Activities Department received a gift from the Desert Classic golf tournament. Officials sent Howell an autographed pin flag from the tournament which Howell alum Adam Long won several weeks ago. The win was Adam's first on the PGA Tour and the first ever PGA Tour win for a Howell alum. The flag will be displayed proudly in a new area currently being developed to recognize those at Howell that have reached the highest level of their professional sport. 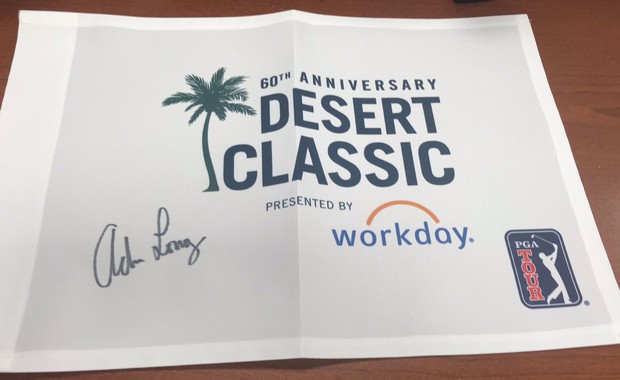 425 Families Turn Out For Spring Meet The Coaches

On Wednesday night nearly 425 families attended the Spring Meet the Coaches meeting. Students turned in eligibility paperwork, heard a presentation from Howell Activities Director Sean Erwin and had individual breakout sessions with their spring sport coaches. If you were unable to attend the meeting or did not turn in all eligiblity paperwork, please remember that in order to ensure participation on the first day of spring sports on February 25th you must have all eligibility paperwork completed with signatures and turned into the Activities Office by Thursday, February 21st. 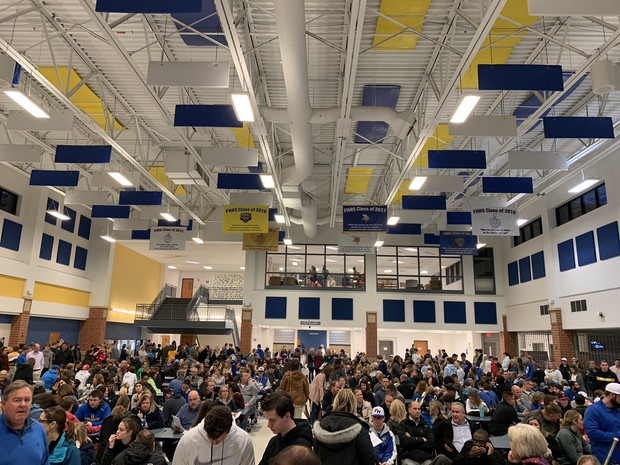 This past week Impact Testing dates were released for the upcoming spring season. Impact testing is required for baseball, girls lax, girls soccer, boys volleyball, & track (jumpers & pole vault). Freshman and Juniors in those sports need to complete testing prior to the first day of spring sports if they have not completed it previously this year. Students new to Howell must also complete the testing.

Impact Testing for will take place on the following dates. Students must arrive on time so that all participants can begin testing at once. All testing dates and times below take place in Learning Commons. 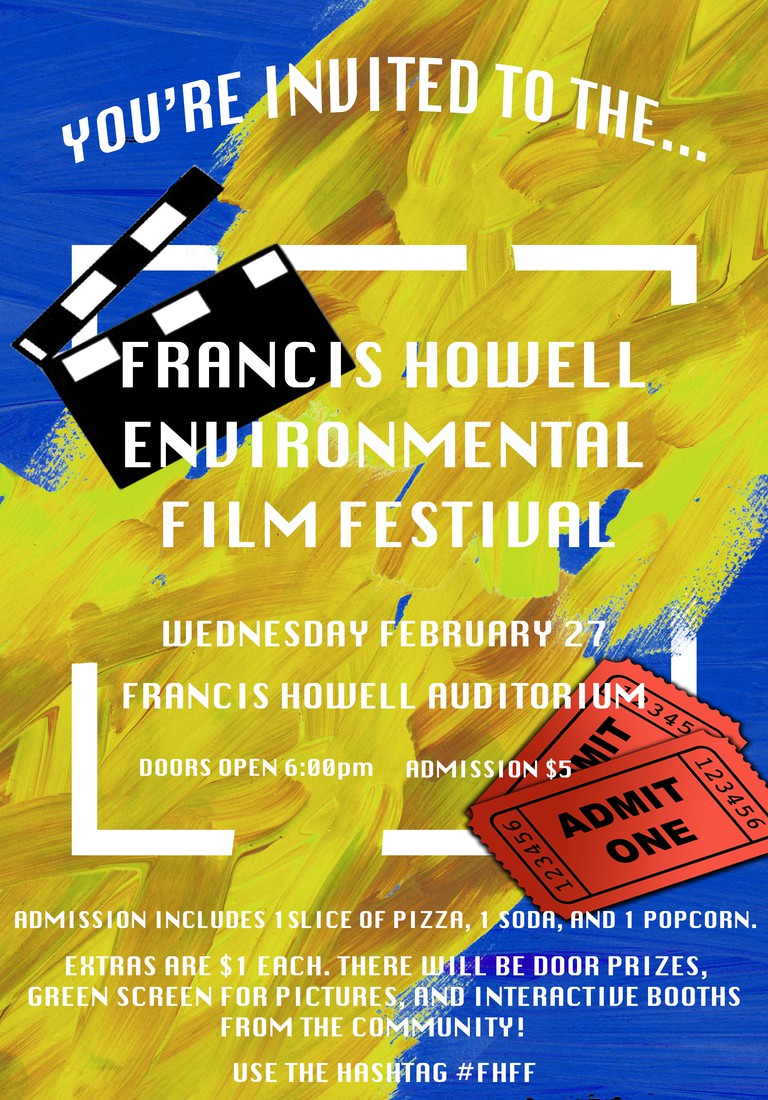 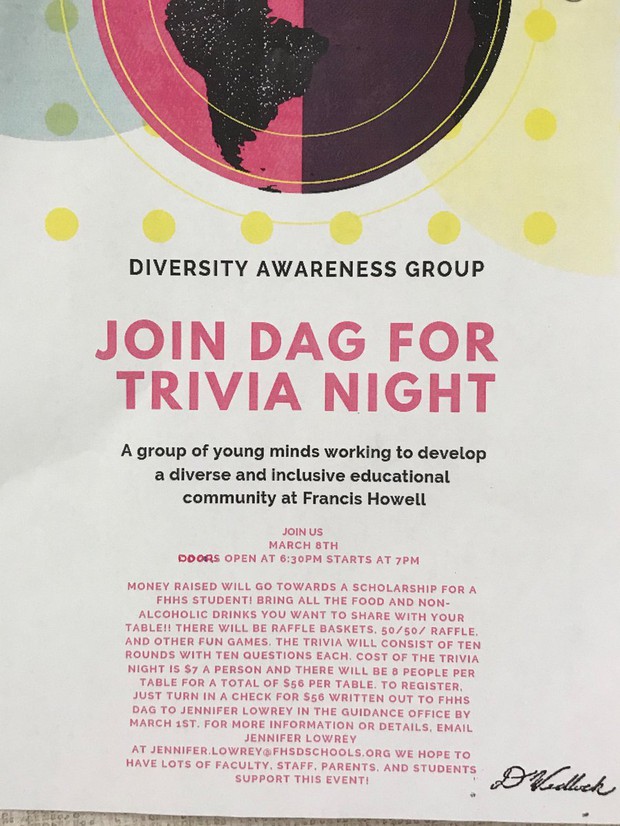 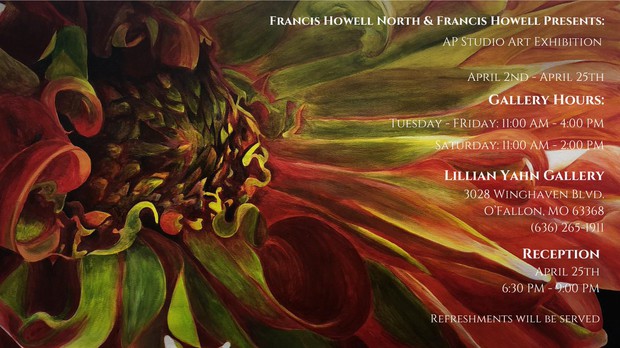 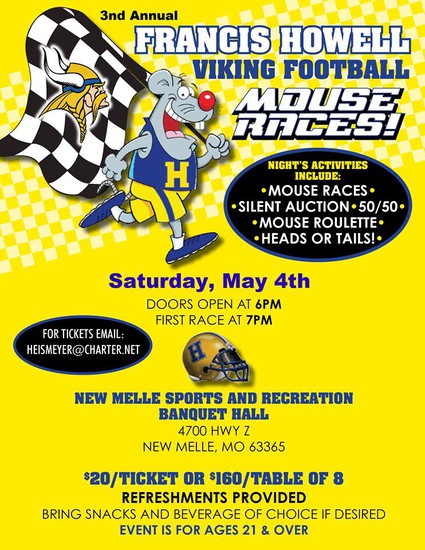 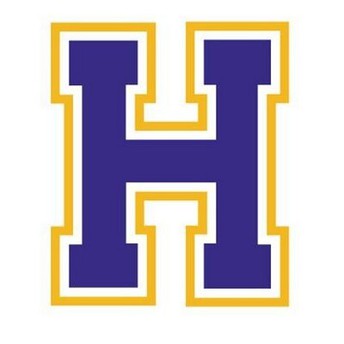