Not everybody knows the true danger behind social media

Not everybody knows the true danger behind social media

Once it is Posted it is Gone Forever

As a teen it is usual to want to post pictures about everyday life on social media. Once you post the picture on social media it may be possible to delete, but once it is on the internet, there is no going back. Your picture will be out there forever.

One of the main issues with social media and internet is when you post a picture. On social media there may be a way to “delete” the photo, but once it is posted online there is no way to go back. For the most part, there is no possible way to completely get rid of a picture because you never know who might of saw it. This applies to all people who say,"We were just joking around." Many kids and teens today are unsupervised on what they are doing online and on social media, this leads to incorrect grammar, over usage of technology, and allowed communication to strangers. "For many years, people went to school and then went to work, and the idea that you might have free time to spend on media- or technology-related issues would be laughable! So, the rise of leisure time goes hand-in-hand with technological growth." This professor cinema studies at DePaul University thinks similar to many people who may of grown up in a generation without this kind of technology.

Many social media apps are used as a waste of time to “interact with one another." For example, snapchat, this app not only allows users to talk to unknown people but once a picture is sent it disappears within 3-5 seconds. Another issue involving this app is that you are able to screenshot the picture and save it to your camera roll. This shows how a collection of bad pictures not wanted by the owner could get sent to everyone and put on the internet. This may not be a worry to the people who are used to these apps, but the people without these sort of things can beg to differ. The solution to solving this problem could be limiting the amount of phone usage to increase studying time for tests and assignments. Also the less stress of not having to check notifications will be off your back. Therefore, social media is an irresponsibility to kids and teens around the world and it only seems that if they look too close and miss the picture in front of them.

Watch Out! You Won't See It Coming! 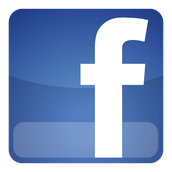 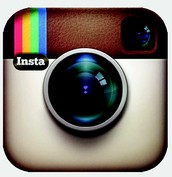 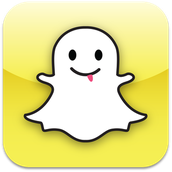 Unsupervised use of internet and social media leads to a more dramatic ending than what you may expect. The fact that there is so much over use of technology in new generations, it seems in just a flash you could be left out on what your friends are doing. This drags kids into believing they "need" social media, but not to only talk to friends. Nowadays if you do not have the "newest phone" right way kids will start to beat you down, and these awful actions are continuing to start at a younger age. As a teen who is growing up through the society of social media, it becomes easier to realize the generation before you is the better generation of leaders. The generation after is only going to get worse as new technology comes out. As more kids and teens are pulled into the world of social media they are tempted to do worse such a stalk to strangers. The conflict of talking to unknown people is increasing the population of kidnap cases and cyber bullying. There is no way to tell who you are talking to unless you know them in person. In this situation a man posted his criminal mastermind on Youtube which led him in more trouble."This week's Facebook post isn't the first time social media has led to an arrest. In 2012, a 19-year-old student boasted of her criminal exploits in a YouTube video" (Telegraph Online). Allowing these actions to take place is what has exploded the technology world to be an even more frightening place than war and conflict itself.

The solution to solving the issue of children being in contact with strangers is all about trust. If you believe their is no way your child would do an inappropriate actions, check again. Kidnappers, stalkers, and identity thieves are experts at tricking and they know how to get kids to believe they are someone who they are actually not. Student resources in text states "We are concerned about the potential for heightened online abuse." This shows even the ones creating the media will still use social media although there is a risk of being abused online by a stranger.

The number one thing to always do is to make sure you know who your child is friends with. Knowing who they are associating with is an important way to make sure they are safe. You wouldn't want a 13 year old boy to be acting as a 40 year old man and in contact with your child. With the advice given don't be afraid to take action, their are multiple apps to keep track of your child's choices they decide to make online. With easy solutions of having private accounts and only letting your friends contact you is an easy way to help solve the problems that are happening in everyday life.

All in all we have represented the fact that social media can be dangerous without the supervision of an adult. People don't realize how careful one has to be on posting pictures you do not like. If appropriate actions are taken place and social media is used for a good thing then it can be beneficial.