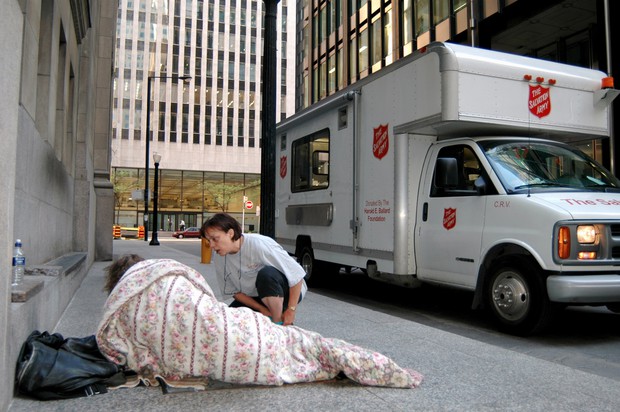 In 2003 the Army’s Mission Advancement Planning group developed “three foundational spiritual values” – Salvation, Holiness and Intimacy with God – which in turn inform the seven “operational values” that are intended to guide all aspects of our organization and our behaviour: compassion, respect, excellence, integrity, relevance, co-operation and celebration. Are there aspects of these seven values that relate to the work of those of us in finance and administration?

Four that seem to apply most particularly to us are:

And if we do our best with these four we will surely have reasons to invoke a fifth value: celebration, of a job well done!

Food for the Brain

In March Baycrest Health Sciences, the Toronto hospital that is a world leader in brain research, released the first Canadian Brain Health Food Guide to help those over 50 preserve their thinking and memory skills as they age.

Older adults are encouraged to eat berries and “cruciferous vegetables” such as cauliflower, cabbage and Brussels sprouts. Research has found that dietary patterns similar to those outlined in the Guide are associated with decreasing the risk of developing Alzheimer’s disease by 36% and mild cognitive impairment (a condition likely to develop into Alzheimer’s) by 27%.

(For the benefit of those who have been spared the experience of seeing a relative or friend gradually succumb to Alzheimer’s disease, and so may know little about it, changes resulting from it include the loss of cognitive and functional abilities: difficulty in making decisions, performing simple tasks and remembering – initially recent events, and eventually events from one’s youth. Other changes commonly include loss of interest in favourite activities, and loss of co-ordination and mobility.)

Tips suggested by the Brain Health Food Guide include the following, as summarized by Baycrest’s press release:

Of course, many readers of Money & Mission are below age 50. However, there is no reason not to start to develop healthy eating patterns, and a taste for the foods mentioned above, in one’s twenties, thirties and forties. And all of us should welcome tips for enhancing our abilities to do a better job as we support the Army’s front-line workers!

Much has changed in the 30 years since I joined the finance department at THQ. Part II continues a discussion of the changes that were introduced in the last issue of Money & Mission.

Commencing in 1989, we reorganized the accounting at THQ to specialize for function (accounts receivable, accounts payable and general ledger), rather than by fund, and began to upgrade the qualifications required of staff, with financial support provided for existing staff to further their education and skills.

Although THQ had been computerized in the early 1980s, it was much later in the decade before DHQs and some ministry units started using computers for accounting tasks. The Shelby system was first piloted in three corps in 1992; over time it was adopted as the standard for units that wished to computerize before finally being mandated for use in all units.

The financial systems at THQ have been replaced three times: in 1993, we implemented Powerware, in 1999 Masterpiece was adopted, and in 2015 Agresso was put in place for all of the Army’s operations, except National Recycling Operations, which has been brought onto the system effective April 1, 2017.

Although the implementation of Agresso represented a difficult transition for many users, most have conquered it over time and things are running much more smoothly today. Of particular note is the move to electronic workflow with the elimination of the need for written signatures on paper documents, and the ease of reporting on a unit, division and territory basis.

In 1993 we introduced the first regular management report for the Territorial Finance Council, a package of schedules with analysis and narrative that helped provide the leadership of the Territory with better information to assist in making decisions. Today, the report is issued quarterly to all key leaders at THQ and DHQs.

In part III, we will examine the changes that were required to meet the expectation for consolidated financial statements. 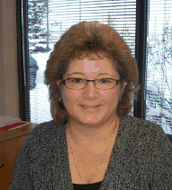 Pam McLuskey is the director of accounting in the finance department’s Calgary office. She has been with the department for 15 years.

She manages the Calgary Office and its 20 staff members, who provide accounting services to 91 ministry units in the BC and Alberta/NT divisions.

She qualified as a Certified General Accountant in 1998, and with the recent merger of the professional bodies she is now a CPA, CGA. Her entire career has been spent in the not-for-profit sector.

Pam has lived in Calgary for almost 40 years, but originally hails from Saskatoon. This year she will have been married to her wonderful hubby for 30 years and has two sons, aged 22 and 16.