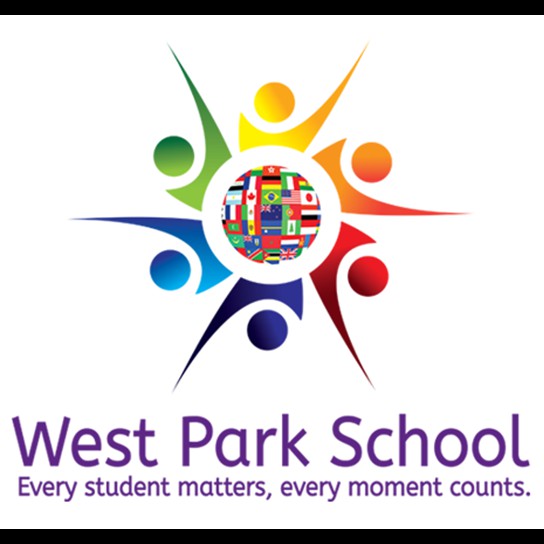 great start to the term.

Another huge thank you to everyone for the way you, during Term 1, helped your children

meet isolation requirements, when you found that they were either a confirmed case or

a household contact. We finishing the term with only 2 confirmed cases, and have

started Term 2 with 1 confirmed cases and 2 household contacts. In all a fantastic start

A reminder that you can find a Covid-19 update table on our school website (www.westpark.school.nz).

The table is updated every forty-eight hours to show the number of confirmed cases, and the

number of students isolating by being household members of confirmed cases.

Please note that if your child’s classroom teacher is required to isolate, in that event I will send a correspondence informing you of the isolation and explaining how the classroom will be catered for during the teacher’s isolation period.

You will already have received a correspondence regarding our mid-year

student/parent/teacher interviews on Tuesday 17 May, Thursday 19 May,

Tuesday 24 May and Thursday 26 May for all students. Thanks to all the

parents who have already booked. On each day fifteen-minute time slots are able

to be booked during times that your child’s classroom teacher/s are available.

The interviews will provide an opportunity to acknowledge achievements, discuss

areas of concern, share and ask any questions and identify supporting actions as

we move into the second half of the year.

www.schoolinterviews.co.nz. The event code is VNAGN. You will be guided through

three simple steps and, a few moments later, you will get an email confirming your

If you do not have access to a computer to make your bookings, or have any problems,

Our annual school cross country event was held on Thursday the 12th of May. The kids

tried their very best and overall had a great day. Congratulations to all those students

who by finishing in the first five placings in each of their races, have now qualified to

compete in cluster cross country competitions later this term. Notices will be handed out

to those students by next Monday. Thanks to all the parents and caregivers who were

able to attend and support the day. Also, a special thanks to Michael Joseph and

Sherrick Reid for their great effort in organizing the day.

A story that show one of our School Value - Collaboration

Collaboration: The Tree and the Vegetable

Once upon a time, there was a lovely vegetable patch, on which grew a

very leafy tree. Both the patch and the tree gave the place a wonderful

appearance, and were the pride and joy of the garden's owner. What no

each other. The vegetables hated the tree's shadow, because it left them

only just enough light to survive. The tree, on the other hand, resented

to him, leaving him with just enough to survive.

decided to use up all the water in the ground so that the tree would dry up.

midday sun, so they too began to dry up. Before long, the vegetables were

really scrawny, and the tree's branches were drying up.

None of them suspected that the gardener, on seeing his vegetable patch

deteriorating, would stop watering it. When he did that, both the tree and

the vegetables really learned what thirst was. There seemed to be no

solution, but one of the vegetables, a small courgette, understood what

was going on, and decided to resolve it. Despite the little water available,

and the unforgiving heat, the little courgette did all he could to grow,

in some gardening contest.

help each other than to fight. They should really learn how to live in

harmony with those around them, doing the best they could. So they

decided to work together, using both the shade and the water in the best

combination to grow good vegetables. Seeing how well they were doing,

the gardener now gave the best of care to his vegetable patch, watering

and fertilising it better than any other patch for kilometres around.

Talking with young people about what they're watching:

At the bottom pf this week’s school newsletter, you will find a guide that the Ministry has

generated to help parents talk with young people about what they’re watching.

As digital natives, they can and should make use of these opportunities for

communication, education, and entertainment. But young people can also be negatively

impacted by what they see.

The Ministry knows from international studies, their own research, and from talking

directly to parents and teenagers nationwide, that young people are looking for

guidance. They also know that parents and caregivers are concerned about what young

people are viewing in movies, TV shows, games and websites.

The guide is for parents with teenagers. It has practical advice to help you:

1. Share and talk about entertainment media with your teen

2. Encourage them to think critically about what they view

3. Talk about sensitive or complex issues

4. Support your teen if they’re distressed by something they’ve watched

You can’t control everything young people see, but you can build their confidence by

giving them tools to help deal with challenging media.

At Orange, face masks are no longer required at school. However public health advice

is that masks continue to be strongly encouraged when indoors. Wearing a mask is a

key health measure that slows the spread of COVID-19 in indoor settings. For that

reason, we ask that visitors to the school, including parents and whānau, wear a mask

whenever they are indoors on school grounds.

every day, and to continue wearing it if they would like. There may also be times that

we’ll ask them to wear a mask, too – for example, when we are having a team assembly

in the hall. If there are a high number of cases at school or in the community, we may

ask that masks are worn in classrooms for a time.

At Orange, students aged 12 and above are still required to wear a face mask on school

slow the spread of COVID-19. These include ensuring our indoor spaces are well-

physical distancing whenever we can and, most importantly, staying home if we are

The 2022 donation being requested is as follows.

Have a lovely weekend.

This week the students in Teams Totara and Miro have set their own fitness and performance goals, and have been excited to start practicing daily for the upcoming Cross Country.

This term in Math we are starting off our learning with measurement and fractions. In Room 3 we made playdough to help us with some real hands-on learning about these concepts. The students really enjoyed weighing out the ingredients, adding colouring and mixing the dough! 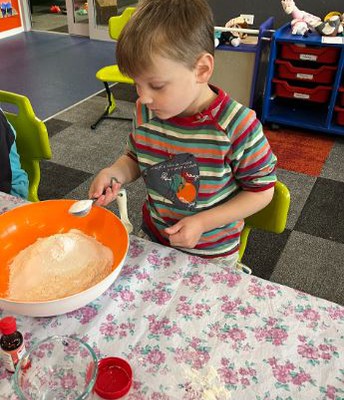 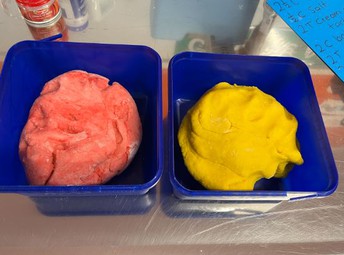 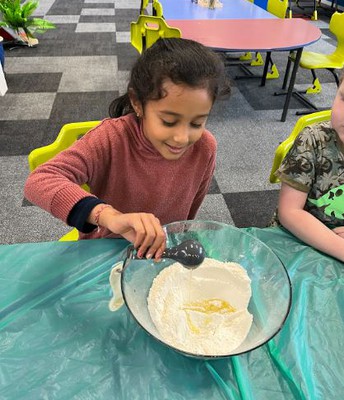 Last term the children in the Treehouse performed plays. They organised themselves into groups, choses their parts and practiced hard. They also had time to make some props before performing their play to the class. Everyone was awesome! 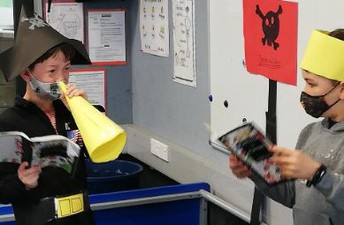 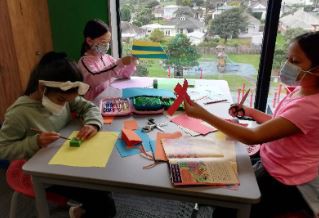 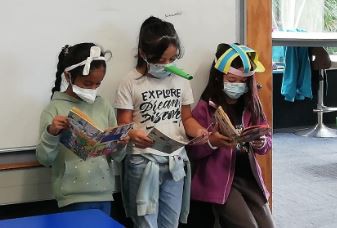 We had a great turn-out at Chess Club this week. I’ve been running the chess club at Westpark since the start of the year and playing the game for much longer. The logical/mathematical side of Chess gets talked about a lot but what doesn’t get mentioned so much is the intuitive, decision making side which is actually what makes it so interesting. The game relies a lot on pattern recognition and you get better by identifying more combinations of different types of moves - how the different pieces interact with each other and the space around them.

The interesting thing for me watching the students play is just how focused they are and how long they can focus for. Again it’s an interesting mixture where for some it can be a competitive outlet and for others the focus needed to play the game is very calming.

If you would like a link to the meeting please email homeandschool@westpark.school.nz and a link will be sent out Monday

LUCKY BOOK CLUB: Orders for Term 2, Issue 3, close this Friday 13th May. Orders can be made online through the Scholastic Loop set-up or cash orders can be given to Mrs Ayres in Room 17, The Treehouse.

The annual Scholastic Book Fair raises a great number of rewards which are used to purchase library and classroom books as well as resources to assist in our student’s education.

This year the book fair will be held during our school ‘Book Week’ in weeks 4 and 5 of term 2. It will also have extended open hours on Thursday 26 May for people to take advantage of viewing the fantastic range of books before or after parent / teacher interviews.

The Book Fair will be held in Room 9 from Wednesday 25 May - Tuesday 31 May. Viewing and sales times will be (depending on more parent help):

Thursday 26 May, 2.45 - 5.00pm (Parent Interview afternoon but depends on parent support with help)

Parent helpers are still needed to make the book fair function in weeks 4 & 5. If you are able to help please contact Helen Ayres in the Treehouse. helena@westpark.school.nz

Pick up and Drop off Parking Zones

A reminder that when you are dropping off or picking up your children to ensure that you are parked in a safe and appropriate space. Please ensure you are not parking on or over other peoples driveways or on yellow lines. This will ensure safety for both our children and surrounding neighbours.

Please continue to discuss with your children the importance of crossing roads safely. We have had a number of emails regarding inappropriate and dangerous road crossings. We ask that they use the road crossings available and always double check for on coming traffic.

Your help reinforcing this at home would be greatly appreciated.

The junior school is after some shoeboxes for their current 'Shadows' topic unit. If you have any lying around the house, that need a new home, they would be most welcomed.

Please bring them to any of the teachers in the junior school.

Enrolments
Enrolments for entry in 2023 are due on Friday 8 July. Please apply online at https://www.marsden.school.nz/about/enrolments/

If you have any questions, or you'd like to arrange a personal tour or a day in class for your daughter, please contact Enrolment Registrar Leigh McCathie on 476 8707 or leigh.mccathie@marsden.school.nz 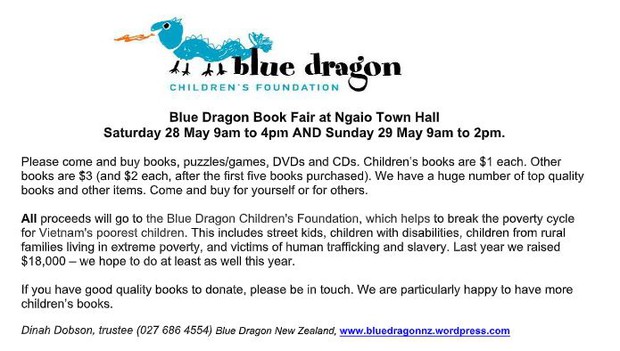 If your child loves doing Cartwheels, Handstands & Flips, then they will thrive at Bigair Gym!

TERM 2 CLASSES ARE STARTING NOW, SO DON’T MISS OUT, BOOK IN TODAY!

Bigair Gym classes are excellent for fun, focus and fitness! Children learn new skills and develop personal confidence and self-achievement! Strong focus is given to safety and technique, ranging from fundamentals to advanced skills. The structured classes follow a Bigair Badge Programme, which creates focused learning, and allows children to achieve and progress!

Inquire about Bigair BIRTHDAY PARTIES too!

Its easy to book online at www.bigairgym.co.nz or contact our Bigair Gym office.

We would love to hear from you.

Ministry Guide to help parents talk with young people about what they're watching. 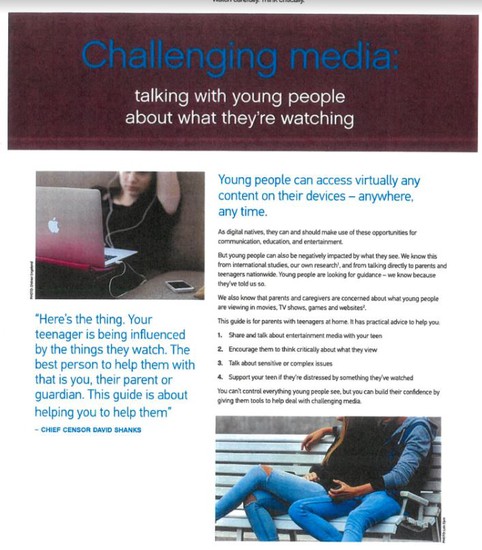 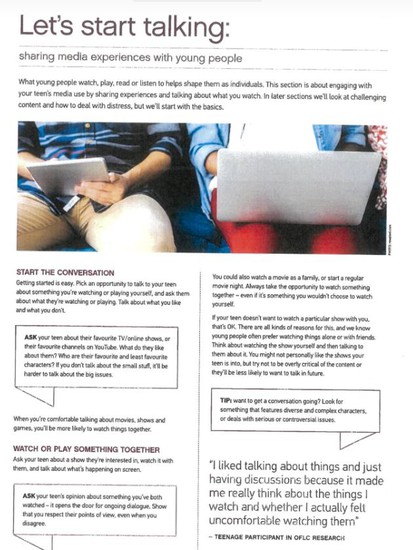 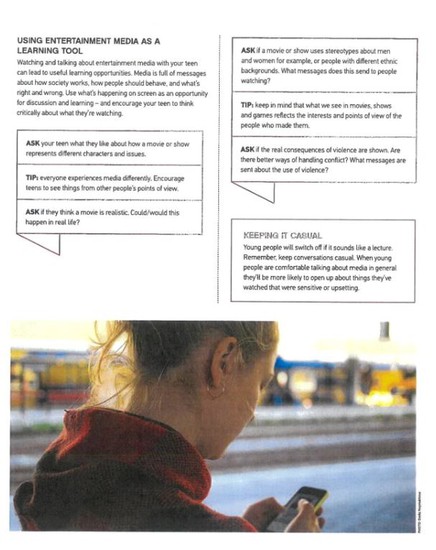 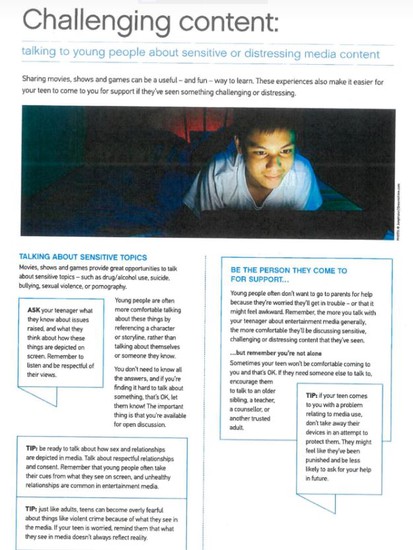 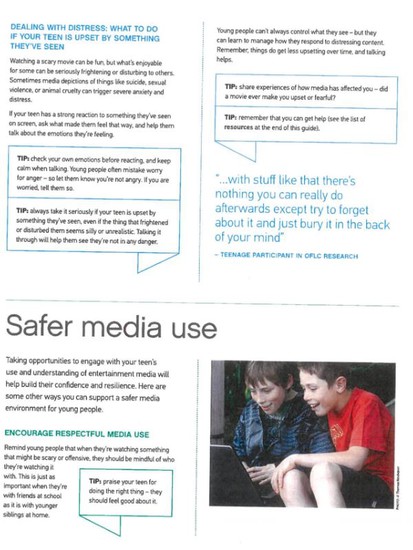 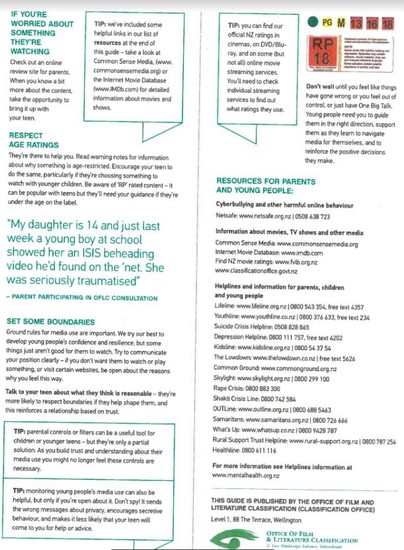 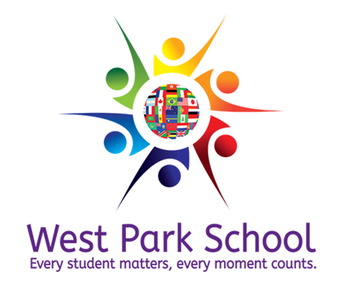 Contact West Park School
Embed code is for website/blog and not email. To embed your newsletter in a Mass Notification System, click HERE to see how or reach out to support@smore.com
close
Powered by Smore
Powered by Smore