join us and together we build a better tomorrow

join us and together we build a better tomorrow 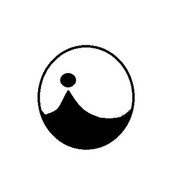 Gun violence is an important issue that is very clearly being ignored. Gun violence is common these days because of the increasing rate of people who believe that keeping guns at home makes their family safer. In 2004, 42% Americans thought guns make their homes safer and in 2014, 63% Americans began thinking like that. More people are now believing that because of advertisements and movies. The most terrifying part of gun violence is that most the victims are young people or children. Approximately 9 children, every day, across the US are shot without intention by an adult or ,in some cases, another child. In addition, approximately 900 teenagers per year commit suicide and almost all of them with a weapon that their parent owned and was already in the victims house. The only way to end gun violence is for people to get together raise awareness and increase impotence of this issues, also encourage importance of background checks done by a dealer.

Come to our awareness event !

presenting at a TED Talk