Firefighters control and put out fires, and respond to emergency situations where life, property, or the environment is at risk.

Firefighters typically do the following:

Firefighters' duties may change several times while they are at the scene of an emergency. In some cases they remain at disaster scenes for days, for example, rescuing trapped survivors and assisting with medical treatment.

When firefighters are not responding to an emergency, they are on call at a fire station. During this time, they regularly inspect equipment and perform practice drills. They also eat and sleep and remain on call, as their shifts usually last 24 hours. 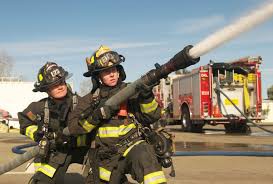 Firefighters held about 327,300 jobs in 2014. The vast majorityâabout 91 percentâ worked for local governments. Most of the remainder worked for federal and state governments. A few worked at airports, chemical plants, and other industrial sites.

Applicants for firefighter jobs typically must be at least 18 years old and have a valid driver's license. They must also pass a medical exam and drug screening to be hired. After being hired, firefighters may be subject to random drug tests and will also need to complete routine physical fitness assessments.

Entry-level firefighters receive a few months of training at fire academies run by the fire department or by the state. Through classroom instruction and practical training, recruits study fire-fighting and fire-prevention techniques, local building codes, and emergency medical procedures. They also learn how to fight fires with standard equipment, including axes, chain saws, fire extinguishers, and ladders. After attending a fire academy, firefighters must usually complete a probationary period.

Some fire departments have accredited apprenticeship programs that last up to 4 years. These programs combine technical instruction with on-the-job-training under the supervision of experienced firefighters.

Usually, firefighters must be certified as emergency medical technicians at the EMT-Basic level. In addition, some fire departments require firefighters to be certified as an EMT-Paramedic. The National Registry of Emergency Medical Technicians (NREMT) certifies EMTs and paramedics. Both levels of NREMT certification require completing a training or education program and passing the national exam. The national exam has both a written part and a practical part. EMTs and paramedics may work with firefighters at the scenes of accidents.

Some states have mandatory or voluntary firefighter training and certification programs.

The National Fire Academy also offers an Executive Fire Officer certification. To be eligible, firefighters must have a bachelor's degree.

What it takes to become a firefighter: Skills training, day 1 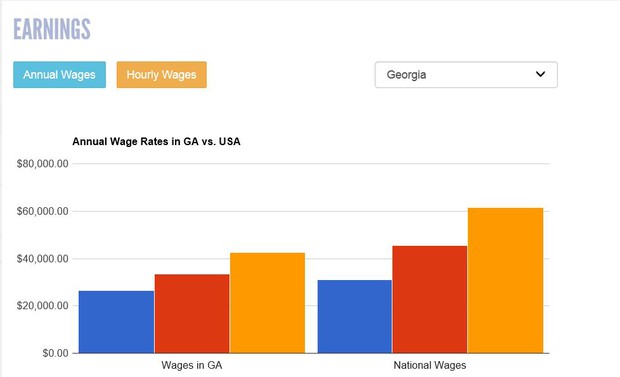 Employment of firefighters is projected to grow 5 percent from 2014 to 2024, about as fast as the average for all occupations.

Visit the Virtual Job Shadowing website to explore more about this

exciting career and to create a personalized Career Journal.

www.virtualjobshadow.com
Explore the leading online career exploration and career planning resource to discover, develop and chart career paths based on choice–not chance. Login Now
Paste in your blog/website to embed.
Powered by Smore
Powered by Smore