Karan is using Smore newsletters to spread the word online.

Get email updates from Karan:

What to expect at Code Jugalbandi?

A Jugalbandi is a performance that features a duet of two solo musicians, often both playing different instruments.

In Code Jugalbandi, you get to see how solutions to a problem look different when created using different instruments. There would be multiple such rounds during the Jugalbandi, where the Jugalbandists would change instruments to give the audience a feel of solution rendition using different instruments. Watch two of the finest software craftsmen, Dhaval and Nitish perform, and engage with them along the process. Participants will also be able to join or perform their own jugalbandi. The theme of this workshop will be "Exploring functional programming". To know more about Code Jugalbandi, check out www.codejugalbandi.org

Our hope is that a Code Jugalbandi session -

1. Would give people confidence that being polyglot can be within their reach.

2. It can also become a source of inspiration to try out new stuff, be it languages or frameworks or anything etc.

3. Promote learning by comparison and contrast - a natural way for human mind to grasp new things.

Also, people from one camp can peek at the other camp and tell themselves - "ah look! it's similar! or it does that better!" etc.

The event has limited capacity. Early participants will get assured seating and can code along with our performers. The watchers are most welcome to engage with the users but we might not have enough seating for them, though we will certainly try to arrange. Those who wish to follow along hands-on or even perform a jugalbandi would need to bring their own laptop.

The schedule will be as follows:

1000 : Jugalbandi By Dhaval and Nitish

Next to Nirmal Lifestyles mall 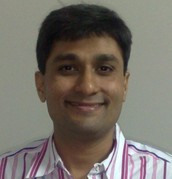 A hands on developer and mentor, believes that software development is first an art and then a craft. For him writing software brings his creativity to the fore. His interests are in architecting applications ground up, establishing environments, transitioning and orienting teams to agile way of working by embedding himself within teams. Dhaval has a good technical background on working with a variety of Real-Time and Non-Real-Time Web based and Client-Server applications on JVM and .NET platforms. He is based out of Mumbai and has a couple of open source projects Tayra and Midas where he led the projects and mentored the team along the way. 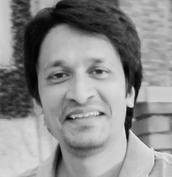 Nitish comes with over 13 years of experience architecting and building large-scale software applications. Early in his career, he has worked with AT&T Government Solutions and Sabre Holdings in the US, where he developed an enterprise messaging platform, and a flight availability engine, respectively. He has headed the Architecture and R&D team at naukri.com, where he and his team re-architected the applications and the infrastructure of the site in order to provide better scalability and maintainability. He has played a key role in setting up the local Software Engineering Services team at Philips Research, growing an agile team that delivered several healthcare applications for the local as well as global markets. Just prior to co-founding Red Panda, he led an architecture team at Goldman Sachs. Nitish read his Bachelors in Computer Engineering at Pune University and his Masters in Software Engineering at University of Texas at Dallas.

Brought to you by Red Panda and The Playce

Karan is using Smore newsletters to spread the word online.