THE ACKERMAN CENTER WILL BE HOSTING A VIRTUAL TRANSLATION WORKSHOP 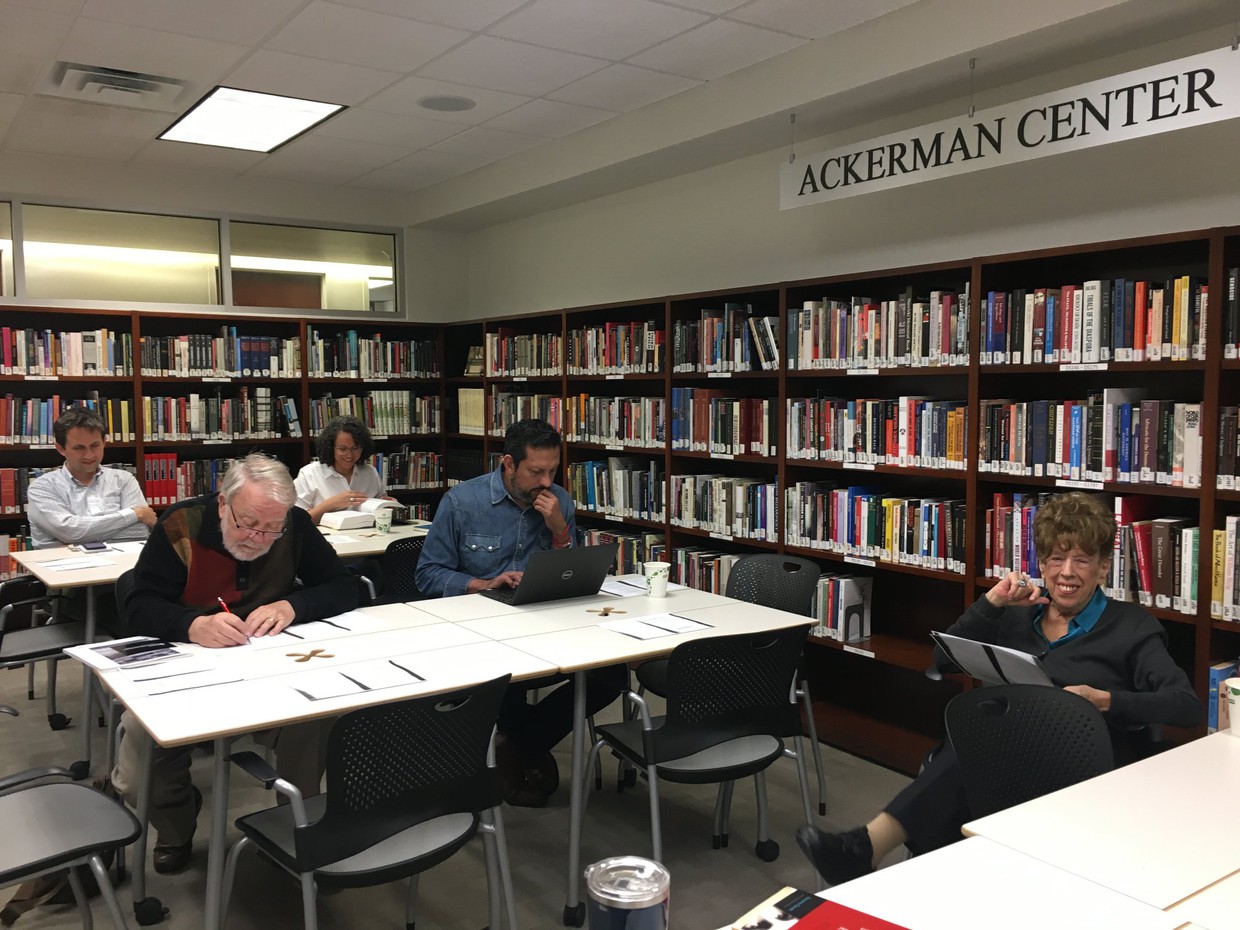 Dr. Zsuzsanna Ozsváth, the Leah and Paul Lewis Chair in Holocaust Studies, leading a translation workshop earlier this month at the Center.

The Ackerman Center for Holocaust Studies is excited to announce that we will be hosting our first-ever Virtual Translation Workshop. Please join us on Wednesday, April 1 at 12-1pm via Blackboard Collaborate (link below).

The aim of the workshop is to translate Miklós Radnóti’s “Letter to My Wife” (link below) into as many languages as possible. The poet, Miklós Radnóti (1909-1944), was taken as a Jewish slave laborer from Hungary to Yugoslavia in 1944 and then walked back in a death march. When he and the others arrived in Hungary, they were completely starving, could no longer walk, and were shot into a mass grave. One and a half years later, Radnóti’s body was found. A little notebook was found in the pocket of his raincoat, which contained his last ten poems. “Letter to My Wife” is one of these poems. Watch our beloved Dr. Ozsváth reading and discussing the poem in the video below.

We already have teams working in Arabic, English, German, Hebrew, Portuguese, and Spanish, and would to love to include many more. All are welcome!

The resulting translations will be featured during our virtual Holocaust Remembrance Day on April 21, 2020.

"Letter to My Wife"

The text of the poem can be found here.