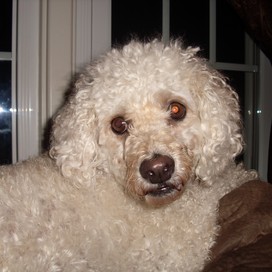 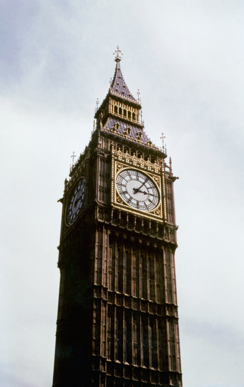 The Clock and the Bell

Here's the first thing that you have to know about Big Ben. DUH! It's the clock and bell information! The bell is seven feet tall! No wonder it weighs thirteen tons! To keep the clock hands moving, there is a pendulum and escapement system inside the tower. Speaking of the clock hands, the minute hands are fourteen feet long and the hour hands are nine feet long. (I said hands, plural, because the clock has four faces, each one with an hour hand and a minute hand) 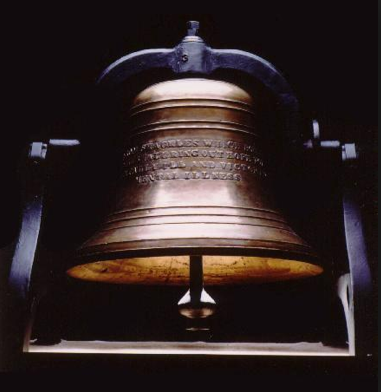 Here's another "Must Know" about Big Ben. This must know, of course were the difficulties of building and WWII. First of all, it took two tries to get The Great Bell inside of the tower of Big Ben. Keep in mind that Big Ben was built in the early 1800s, so instead of using a crane, the builders had to use horses, and they had to use sixteen of them, because the bell was so big and heavy. The troubles weren't over yet, though. About a week after the bell was put in the tower, it had cracked and was out of service until 1862! Don't get me wrong, though. The bell was sturdy enough to do its job. In fact, the bell had gone through WWII air raids without a scratch! 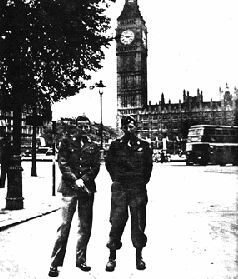 Now, finally, the mind mashing, enchantingly entertaining, fantastically fascinating, interesting facts! Did you know that they modeled a LEGO set after Big Ben, and that when parliament is in session a small light at the top of Big Ben flickers to life. Here's something to brag about if you live in London. Big Ben is the largest functioning clock in all of the UK!
Wow! Those were some interesting facts! 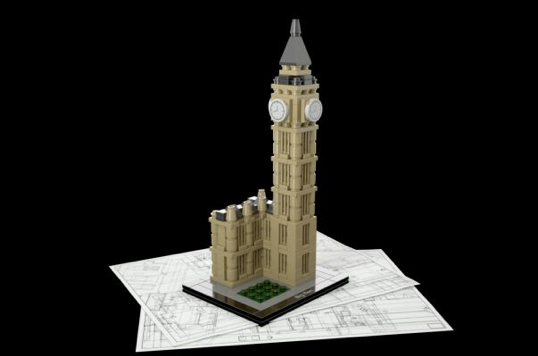 In conclusion, Big Ben was hard to build, and the push through WWII wasn't exactly a piece of cake either. But Big Ben is a historic and infamous landmark for people to marvel. The information you can find on Big Ben is really wondrous. So as you can see, they don't call Big Ben "Big" for nothing.

Wikipedia on Big Ben in WWII

sk.wikipedia.org
The chimes of Big Ben

Hope you enjoyed the flyer!