What was "Scrawl" about? Why not click here to find out! 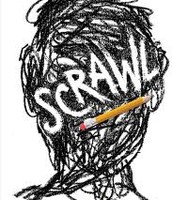 In the book Tod can be real mean or jerky, but sometimes he can be kind to some kids if nobody is around. Tod says, "They look as bored as the rest of every other kid in this school." This shows characterization because Tod obviously doesn't care much for school.

Tod also wanted to get revenge on a kid named Greg for cheating in the spelling bee. This shows that Tod has troubles forgiving people.

The theme of the story is don't be a criminal or a kid emerging to be a criminal because it doesn't get you anywhere in life. Tod steals and if he gets in juvenile detention for it his chances are pretty good that he won't get a good job. In school Tod is a scary kid; or everybody thinks he is. This gives him a bad reputation and then nobody would want to be friends with him. 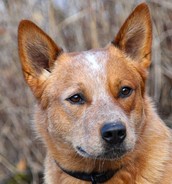 Tod is a funny kid. There is a lot of figurative language in "Scrawl", but here are a few parts. Tod explained in his journal, "Mrs. Tagliapietra that old and sturdy stuffed gorilla." This is a form of imagery. Tod described Bernie and said, "Being mad at Bernie is like being mad at a dog. They do the dumbest stuff but you can't stay mad at them for long." This was a simile because he compared his friend to a dog.

Dialogue from the story

This part of dialogue is important because it is in the rising action and is a factor to the clomax. Tod and Bernie were digging in the garbage looking for clothes Bernie lit a fire to keep warm, but the residents saw the fire and that’s when Tod said to Bernie, “Get out of here, Calvin!” They used the name Calvin so the residents wouldn’t suspect them.

Another part of dialogue in Scrawl is when Tod was talking to his step dad, Dick. They were talking about what they were going to have for supper and Dick suggested chicken fingers. Tod replied with, “Do chickens even have fingers…wings and legs, yeah, but fingers!” This shows that Tod has a good sense of humor.

Want to hear dialogue from the story? Click here to find out!