A place were people can turn on you at any second

A place were people can turn on you at any second

Welcome to Mica High. You can make all new friends but a lot of not so nice people. There are lots of sports and activities.You can dress and look however you want and be whoever you want. There is a show called the "Hot Seat" and it airs after school.

These foods get served at Mica High every day of the week and they are huge hits that the kids seem to love.

1. Don't hang out with the wrong people

2. Always do what the teacher says to do

If you follow a few simple rules for school you will have an amazing time at Mica high.

1. You can't argue with teachers

2. You can't have any physical fights

3. You always have to be polite

4. You always have to do your homework

Mica high may look like they have no rules but when it comes to behavior you need to follow these rules.

You should avoid these people because Hillari will make up rumors about everyone and so does Wayne. She may be nice to the new people but once you get to know her she starts to become not very nice. Mallory, The jury, and Kevin don't want anything to do with the new people so you need to stay away from them.

It is really tough to get involved in any sports but these are some of the main sports that people love to join.

How to get Involved

- Just try to get involved

If you really want to have an amazing time you should follow these tips.

The Hot Seat is a show that airs after school. All different students can be on there and that is where a jury (students) ask the kids all diferent questions and see who they like and everything. Some of the questions they ask are

The Ocotillo Ball is the end of the year dance for the kids at Mica High. It's where they can dance the night away to great music and have a great time with friends. Some of the things you can do are

If your a new kid and you want to make friends with people. Here are some conversations that you can say 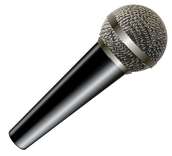 Song and What this means to the story

This song is called Part of me by Katy Perry. I wanted to pick this song to represent the book Stargirl by Jerry Spinelli because when it says "This is the part of me that you will never ever ever take away from me" it connected to Stargirl because she doesn't let anyone get the best of her and it just says that no one can change her and she will still try and be different from other people, because she wants to. I think this song shows what being different is all about and that you don't need friends to have fun you can do whatever you want and don't let anyone change who you are. The part where it says "Pack my bags and watch your shadow fade." I felt like this meant that in the end of the book when she never came back to Mica this was saying that she didn't want to come back because of all of the negativity and not so nice people in the school. I feel that this song represents this book in so many ways.