People recovering from illicit drug abuse are more likely to be successful if they don't smoke cigarettes, a new study finds.

Most illicit drug users also smoke cigarettes, but many substance abuse programs do not include treatment for nicotine dependence, the study authors said.

"The thinking in clinical settings has been that asking patients to quit cigarette smoking while they try to stop using drugs is 'too difficult,' or that smoking may be helpful in remaining abstinent from alcohol and drugs, but it is not related whether or not one remains abstinent from illicit drug use over the long term," said study leader Renee Goodwin.

However, the investigators found that smokers were twice as likely as nonsmokers to relapse within three years.

For the study, Goodwin, of the department of epidemiology at Columbia University's School of Public Health in New York City, and colleagues analyzed U.S. government data on nearly 35,000 adults enrolled in the National Epidemiologic Survey on Alcohol and Related Conditions.

The study's lead author, Andrea Weinberger, pointed out that "quitting smoking will improve anyone's health." She is an assistant professor in the Albert Einstein College of Medicine department of epidemiology and population health in New York City.

"But our study shows that giving up cigarettes may be even more important for adults in recovery from illicit substance use disorders, since it may help them stay sober," Weinberger explained in the news release.

Goodwin added, "If research continues to show a relationship between smoking and relapse to substance use among those in recovery, making tobacco treatment a standard part of treatment for illicit substance use disorders may be a critical service to provide to adults toward improving substance treatment outcomes over the long term."

The study was published online recently in The Journal of Clinical Psychiatry. 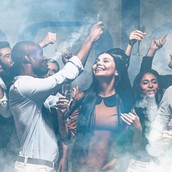 E-cigarette vapors can contain harmful substances such as nicotine, according to the U.S. Surgeon General. E-cigarette devices can also be used for marijuana and other illicit drugs.

Researchers from the U.S. Centers for Disease Control and Prevention analyzed data from the 2015 National Youth Tobacco Survey. They found that more than 24 percent of middle and high school students said they had been exposed to e-cigarette vapors in an indoor or outdoor location at least once in the previous 30 days. That amounted to 6.5 million students.

Exposure rates to e-cigarette vapors were 51.5 percent among current tobacco product users, just over 32 percent among former users and close to 17 percent among students who never used tobacco.

The study was published March 20 in the journal JAMA Pediatrics.

"We know that secondhand e-cigarette aerosol is not harmless," said study co-author Brian King, deputy director for research translation in the CDC's Office on Smoking and Health.

"It's critical to protect our nation's youth from this preventable health risk," he said in an agency news release.

Key parenting factors for preventing underage drinking and drug use

According to the Centers for Disease Control and Prevention (CDC) and the Youth Risk Behavior Surveillance (YBRS) widespread drug use among the American youth is an issue of extreme importance. The CDC reports that despite the legal alcohol drinking age being 21, adolescents ages 12-20 consumed 11 percent of alcohol in the United States. The YBRS reported that in 2015, more than 26 percent of high school students reported smoking cigarettes while about 35 percent reported using marijuana.

In addition to alcohol, marijuana and cigarette use, some teens are also falling victim to prescription drug use. According to the Prevention Network, 1 in 6 teens have used prescription drugs that have not been prescribed for them. Some do it to party and become high and others use pills to manage stress and their daily life. Teens often get the drugs from acquaintances, friends or family members.

Underage drug use is a “persistent public health problem” in which most teens have their first intoxicating experience in the early or middle adolescent years. Prevention strategies at the community, school, and family level are frequently practiced, while parental interventions are some of the most effective methods for preventing drug use or underage drinking in adolescents.

The Prevention Network suggests the following take-away-techniques to empower parents: 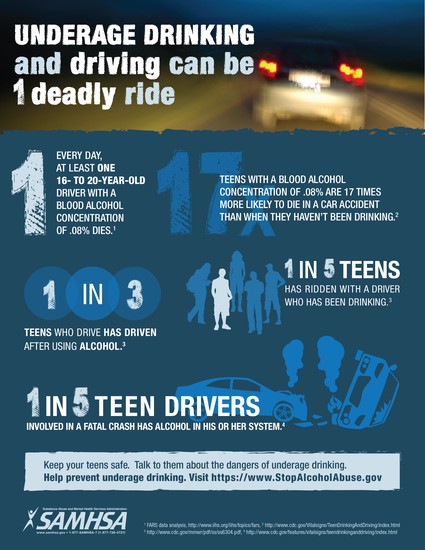 The second coalition meeting of 2017 is set for April 28th. An agenda will soon follow.
Get Directions