Bringing the World into DHSB

Bringing the World into DHSB

DHSB is continually developing and strengthening our International Links, especially with our partner schools in South Africa, Zimbabwe and Nepal. Over half term we had members of staff visiting two of our partner schools to find out more about the staff, students, and country! 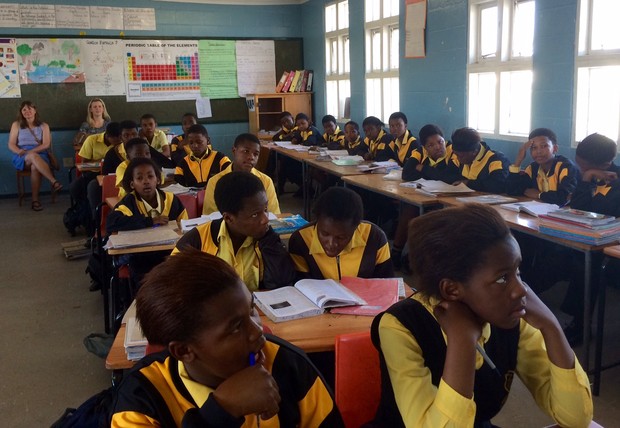 South Africa is located at the southernmost tip of Africa, and Cape Town is in the far west of the country, It is the third most populated city in South Africa, and is where the National Parliament is held. It has been recognised as one of the most multicultural cities in the world, as most of the population of the western cape live there, as well as many migrants and expatriates. Everyone we met spoke English, as well as at least one other language - mostly Africaans or Xhosa, but could be any of the 10 official languages.

Zimasa School is located in an area called Langa, which is one of the oldest townships in the city, Townships were set up from the late 19th Century until the end of Apartheid to house "non-white" people. Apartheid was a regime of separating people of different races, that didn't end until the mid 1990s. There are several townships that are still growing now due to the increase in workers coming to the city, who cannot afford the high rents in other areas.

The school was very welcoming, allowing us to observe several lessons and providing numerous opportunities to speak with both teachers and students. The teenagers were inquisitive about DHSB students and their career aspirations; we found this to be the same for the Zimasa students who wanted to be lawyers, doctors, chefs and dancers. The students get a free lunch everyday which is prepared by people from the local community, who do now get paid a small amount for their help. For some students this is the only meal they will have in a day. There is a real feel of community about the school, and the principal even told us that the school itself was built using volunteers and donations from people living in the local area as they really wanted their children to be able to go to a proper school.

There were many opportunites for us to share our cultural experiences, with particular highlights being the incredible performances by the school choir and dance group. The students sang with such enthusiasm I would challenge anyone not to smile!

Teachers from Zimasa also showed us around the city and the first thing we noticed about Cape Town was how beautiful it was, with the incredible Table Mountain as its scenic backdrop. The second thing we noticed was the large differences in housing, from large mansion type villas all the way through to small makeshift structures in the townships. We were fortunate enough to visit Table Mountain and the humbling prison on Robben Island where Nelson Mandela spent several years of his sentence. We also sampled lots of the local cuisine, and with the exception of bush meat, were surprised by how similar it was and that our favourite foods were shared by the South African teachers.

The most important part of our trip was being able to meet everyone and strengthen our partnership. We were so impressed by how the school uses the resources they have in a creative and successful way in order to give their students a diverse and fulfilling education. This exchange has allowed all of us to reflect on our different teaching practices, education systems and lives in general, which has inspired teachers in both countries to implement new ideas and approach learning with a different perspective. 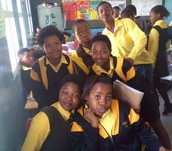 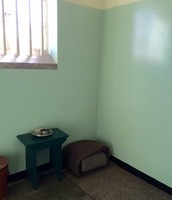 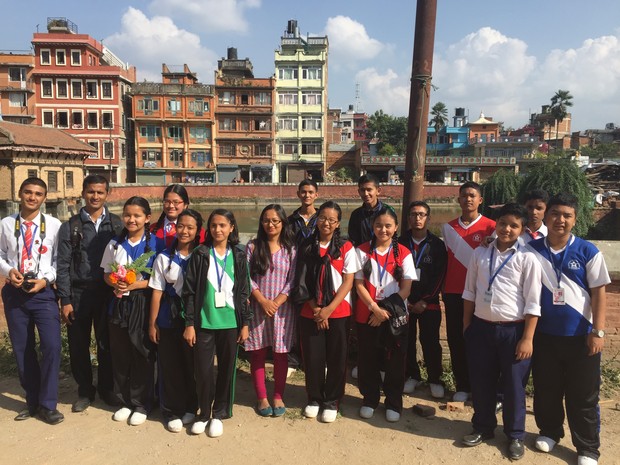 The capital city of Kathmandu stands 4,600 ft. high in the valley of central Nepal. Kathmandu is part of three districts Kathmandu, Lalitpur, and Bhaktapur, and has the highest population density in the country.

The city has a rich history, spanning nearly 2000 years of religious and cultural festivities, which form a major part of the lives of people in Kathmandu. Most of Kathmandu's people follow Hinduism and many others follow Buddhism. Nepali is the most commonly spoken language with English widely spoken.

Kathmandu was devastated by a 7.8 magnitude earthquake on 25 April 2015, and as soon as we landed in Kathmandu we became quickly aware that there were some initial problems, both with earthquake damage and a fuel crisis in Kathmandu.

The school is located at Sanepa Chowk area in Lalitpur district a serene environment. The school is spacious with nice open grounds. The first day at Shining Stars saw a welcome that we will never forget. There were two lines of teachers and students and many pupils had a small posy of brightly coloured flowers for us. We were also presented with scarves. We were treated like royalty!

The school timing is from 8:45 am to 3:30 pm and runs from Nursery through to grade 6. The student’s age group is from 3 to 16 years old. There are short breaks in summer to celebrate Dashain and Tihar, important festivals for the Nepali people.

We were shown around the school starting from the infant class to the year 6 classes. We were immediately impressed by the pupil’s use of language and their polite and warm manner. We had several conversations with the head teacher, Jeevnath Aryal and his colleagues and various student groups from the Head Girl and Boy and House Captains through to the oldest senior year.

A special assembly led by myself and Miss Randles allowed us to present some gifts to the student leaders and Jeenath Aryal. Maps of the school produced by DHSB geographers and ceramic and artwork was also presented to the Shining Stars School. Miss Randles commented that the perception of Geography was very much what are the physical characteristics of the country, so it appeared to them a more factual, knowledge based subject. It appeared that they didn't consider any of the issues and case studies that we study at DHSB. I gave them one of our text books and revision guides and discussed with them the geography we study at DHSB so we can compare and learn from each other.

- The visit clearly demonstrated the strong established link between DHSB and Shining Stars and the huge value placed upon this partnership.
- The ethos of Moral education is upheld at Shining Stars with an importance placed upon educating a pupil’s character.

- Established links and projects set up are easier to build upon for future work between the schools. 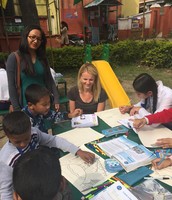 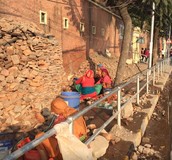 In the summer DHSB hosted a group of students from Plymouth, USA, as part of the Plymouth International Chorus project. DHSB students and the visitors thoroughly enjoyed sharing information about their lives, and making comparisons.

Here is the video of the entire choral ensemble for you to enjoy.

Upcoming Events - Things to Do and See

"On this International Day of Tolerance, I call on all people and governments to actively combat fear, hatred and extremism with dialogue, understanding and mutual respect. Let us advance against the forces of division and unite for our shared future."

Secretary-General of the UN, Ban Ki-moon 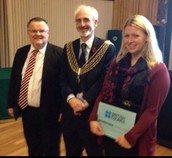 @DHSBGlobal
If you would like any more information, would like to get involved, or have ideas for new projects or events please get in touch!
jennifer.pearson@dhsb.org 01752 208787

Follow Jennifer Pearson
Contact Jennifer Pearson
Embed code is for website/blog and not email. To embed your newsletter in a Mass Notification System, click HERE to see how or reach out to support@smore.com
close