“There is one body and one Spirit, just as also you were called in one hope of your calling; one Lord, one faith, one baptism, one God and Father of all who is over all and through all and in all.” - Ephesians 4:4-6 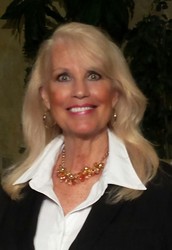 God’s People Together for His Purposes

Months ago, God gave me a name for our Pray California gathering coming up this week on July 10,11 - CALIFORNIA UNITED FOR GOD'S KINGDOM! In these times when evil is being called good and good evil, when confusion and deception abounds, it is time for the Church to arise with courage, boldness, and in Christ's love for His Kingdom purposes, including setting captives FREE and SOULS! This is what we need to be...united seeking HIS will, HIS Heart, HIS face, HIS truth, standing firmly and actively, in love, on his word. Amen! This is GOD'S CONFERENCE! The LORD chose the Church location – South Sacramento Christian Center. He chose the amazing, anointed Speakers and worship teams, and HE is calling His people together to be informed, encouraged, equipped, and activated for His Kingdom! May His Watchmen, His Worshipers, His Warriors HEAR THE CALL and UNITE for His Kingdom Come in California and far beyond...in Jesus' Name.

Our Speakers include:
Pastor Jim Garlow from San Diego who boldly and passionately stands upon the Word of God, without compromise and with great humility, fervor, and insightful knowledge. He encourages and calls the Body of Christ to do so also!

Rosemary (Schindler) Garlow is an ordained minister serving alongside her husband, Rosemary is a soft yet very strong and active voice for Israel!

Dr. Ted Baehr is Chairman of the Christian Film and Television Commission and founder of Movieguide. Dr. Baehr was recently voted as one of the Top 50 Christian Leaders in our Nation! He is a huge positive influence within Hollywood toward faith and family-value movies.

Attorney Allan Parker is President of The Justice Foundation and Founder of Operation Outcry, Allan is truly a servant and friend who speaks before the Supreme Court, presenting briefs and information with his passionate efforts to end abortion! He has served as the lead legal counsel for Norma McCorvey (the “Jane Roe” of Roe v. Wade), and Sandra Cano (“Mary Doe” of Doe v. Bolton), in the legal effort to overturn their landmark Supreme Court rulings that brought legalized abortion on demand in America.

I ask HOLY SPIRIT to lead you and show you how to be involved ...a flyer for the event can be found on the website: www.praycalifornia.org

International Speaker Dr. Ted Baehr, Founder of Movieguide, is confirmed. Hollywood is an important prayer mandate, for we know what comes out of the media affects nations!

God’s given the vision, it is exciting! Please plan to join us in Sacramento representing CALIFORNIA to the world!

“GOD’S FAMILY UNITING IN ONE ACCORD, young and old alike!”

Doors open at 5:00pm, before the Conference begins….a great time to fellowship, connect, and share with others know about your Ministry!

We want to urge you to join us for a 9-hour Sacred Assembly in the Rock House of Prayer.

Childcare not provided. However you are welcome to bring your children as long as you help maintain an atmosphere of worship in the Prayer Room. Now is the time to fast and pray.. asking God to send a great spiritual awakening

Community Prayer will be Saturday, July 11

Summer of 2015 will be a summer of prayer. As ACTS Group began in the Fall of 2012, God was very specific – “Prayer First”. So, the first strategic organization was established out of the Palau Festival prayer team - SacramentoPRAYS. Over the last 2 ½ years, the knitting together of the diverse prayer ministries has resulted in large meetings, as well as a proliferation of smaller gatherings getting connected together. This summer, Sacramento PRAYS is working with many others to promote daily prayer throughout the region from June 14 to August 14. We want to connect thousands more believers in prayer in their churches, in their neighborhoods and around their schools – learn more at http://www.sacprays.com/events/

Wednesday July 15th 10:00am-12:00pm at Bayside Granite Bay . Come join and pray with other women in the region