Get email updates from Jackson:

"December 7, 1941, a date which will live in infamy... No matter how long it may take us to overcome this premeditated invasion, the American people, in their righteous might, will win through to absolute victory." -Franklin D. Roosevelt, President of the United States 1933-1945

The Build-up to WWII 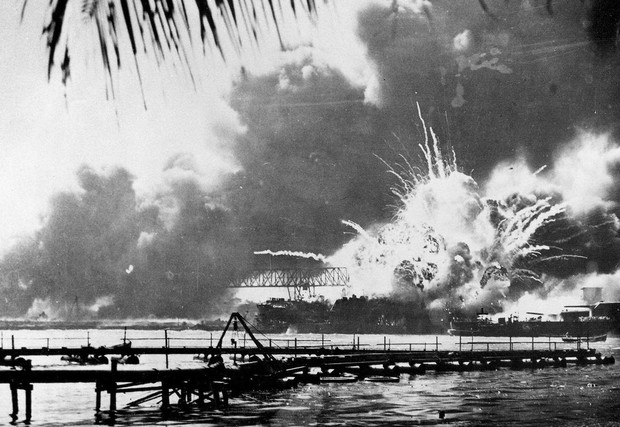 In World War II, women began to be viewed with more importance, as they took on men's jobs at the factories while the men went to the military. This is a social effect. Because of the demand for airplanes, ammunition, guns, tanks, and ships, many factories were built to take this on. This helped bring our economy back up. The United States emerged as a world superpower after World War II. This is a political effect.

How was the war in the Pacific started?

In 1937, Japan declared war on China and took over much of their territory. As a result, the U.S. embargoed trade with the Japanese. This caused Japan to attack Pearl Harbor on December 7, 1941, causing the U.S. to declare war on Japan.

Why did the U.S. choose to remain neutral (until Pearl Harbor)?

The U.S. wanted to stay neutral, like in World War I, because we didn't believe it was our problem. We stayed out until 1941, when Japan attacked Pearl Harbor.