Brad is using Smore newsletters to spread the word online.

Get email updates from Brad:

We are excited for MJ-Term! MJ-Term brings a lot of excitement with graduation looming and students doing exploratory courses to deepen learning before they head off for the summer. Please see below for the MJ-Term daily schedule. 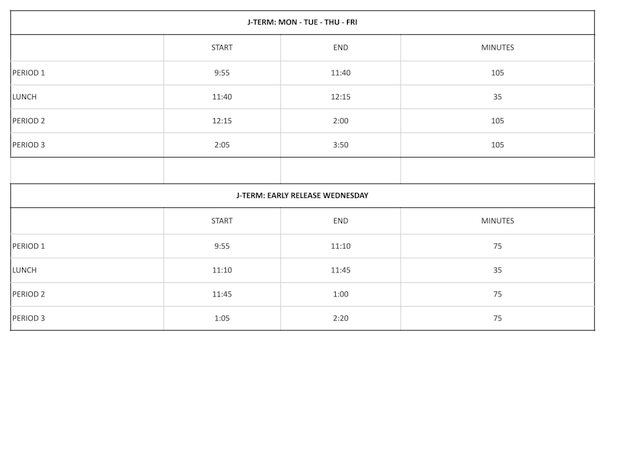 Link to the Scappoose High School | Calendar of Events

Oregon State Assessments will be the week of May 24-27 from 8-9:45 AM, the testing will be for math, English, and science. The testing will take place prior to the start of the day during MJ Term to allow students to attend their full day of. The main office will be accepting opt-out forms, please access the forms below.

Your School Counselor is assigned to you based on your last name:

Aarin Pinkstaff, A through K

We are excited to announce that we will be hosting our Senior Recognition Night on Wednesday, June 1st at 6:30 PM in the SHS Auditorium. Please see the attached invite - all are welcome!

Happy National Decision Day! Check out what all of our seniors plan to do next year - https://youtu.be/zEzeHJL2W60

Are you a current Sophomore, future Junior, interested in taking the PSAT/NMSQT next year? If so, please view this document for more information and links on how to sign up.

MJ Term Scheduling: Counseling will be working on finalizing MJ Term Schedules over the next few weeks. MJ Term classes listed in students' schedules are subject to change. We will not be accepting schedules change requests.

Scappoose Public Library will be hosting a free produce distribution every Wednesday from 10 AM to 12 Pm in the Library Meeting Room. All are welcome!

This time of year can be hard on people. Please know that there are resources for students who are struggling. 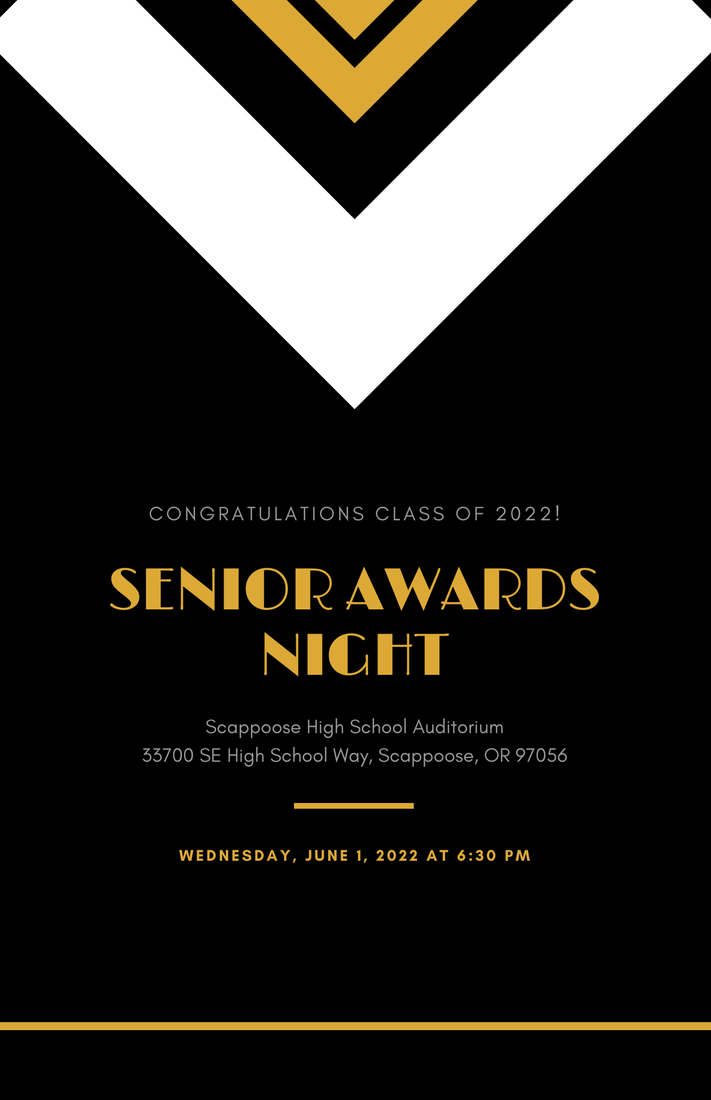 The weather is finally cooperating as teams are wrapping up their seasons or making their final push towards securing their postseason births.

The entire school year has flown by and we are definitely finishing the year with a bang!

The girls finished 3rd and the boys 2nd in the league.

Coach Dennis Olstedt was voted as Boy’s NWOC Coach of the Year.

We have a large contingent competing in the state meet at Hayward Field in Eugene (UO) today and tomorrow.

Golf: Our girls golf team and two members of our boys team competed in the state championships earlier this week on Monday & Tuesday.

The following members competed at the 5A State Championships hosted by Emerald Valley Golf and Resort in Creswell on Monday and Tuesday and placed 7th statewide.

Our boys team individual qualifiers played in the 5A State Championships at Trysting Tree Golf Club in Corvallis.

Softball: Softball clinched 2nd place in the NWOC Conference play after finishing up the season defeating St. Helens before dropping another tough one to league champions, Wilsonville.

The first-round state playoff game will take place, Wednesday, May 25. The opponent, location, and time will be finalized on Sunday.

We will be celebrating the following seniors on 5/20:

They have also clinched a spot in the state championships and their first game will be played on Wednesday, May 25. We will be traveling for the opening round game and the opponent, location, and time will be decided this weekend.

Equestrian: The final results from the state meet held in Redmond on May 12-15 will be summarized and available in next week’s newsletter.

Largemouth Bass State Championships: Will Harris and Andrew Janke landed some big ones as they placed 4th overall in the Student Angler Federation (SAF) State High School largemouth bass fishing championships at Ten-Mile Lake (Lakeside, OR) on Saturday, May 14.

College Bound Student-Athletes: We will be hosting our college signing day for our seniors who will be competing collegiately in front of their classmates in the auditorium on Tuesday, May 24 at 12:00 PM in the auditorium. Families are welcome.

The Class of 2022 Collegiate Athletes are:

If you are competing and did not get a chance to send in your information, please email - Dale French

We are 15 days away from our seniors graduating! I can’t believe the time is already here.

‼ GRAD PARTY PERMISSION SLIPS ‼ -We have only received about 20 permission slips so far from our Seniors. We’ve included it here, but your seniors can also pick them up in the office. Please have your seniors turn these into the office ASAP as it helps with headcounts and planning. Also, even if your student is 18 or older, a parent or legal guardian must still sign the permission slip. Your student will be receiving more information about what to expect and what they can bring to the party closer to the event.

‼ STUDENT/PARENT PARTY LETTER ‼ -Please see the student/parent letter about what to expect from the party here.

Attendance really matters! We want your student to be here and on time. So, how many absences are needed for a student to be considered truant?

What happens when a student is sent to truancy?

Brad is using Smore newsletters to spread the word online.