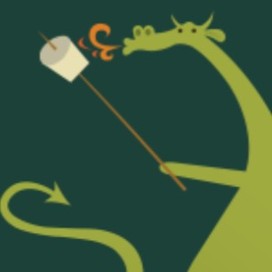 Nobles and lords lived in the manor house 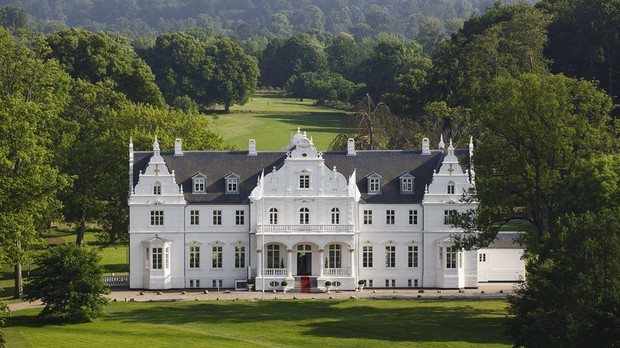 European Farming During Middle Ages the village, sell an ox, or marry without the lord of the manor'spermissions. During the middle ages, they used a three or four crop rotation in their fields. They lived in huts

During the middle ages, they used a three or four crop rotation in their fields. The rotation might be wheat the first year. 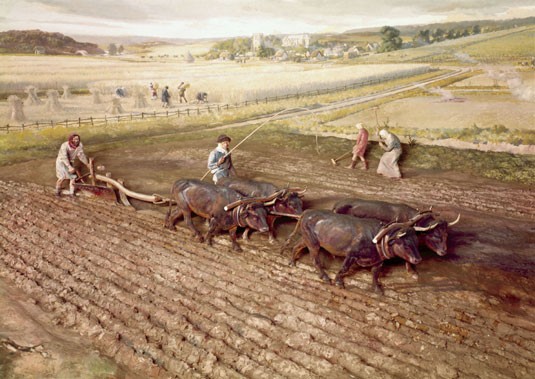 Mills were commonly used for grinding grain into flour attested by Pliny the Elder but industrial uses as fulling and sawing marble were also applied. The Romans used both fixed and floating water wheels and introduced water power to other provinces of the Roman Empire.

A Blacksmith who works in iron metal, especially by hammering it when it is hot and malleable, working with a forge making iron utensils, horseshoes, weapons and repairing 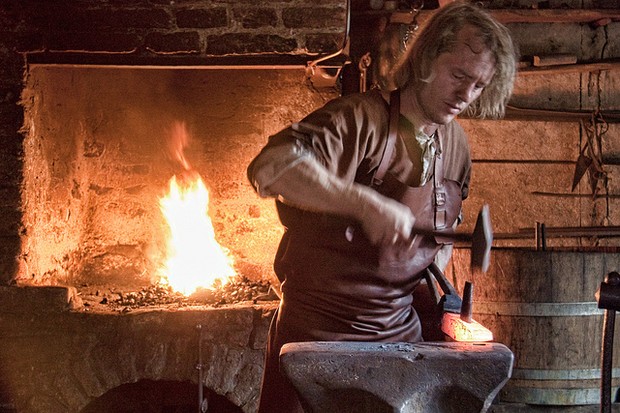 A lot of bread

Roman Catholic Church became organized into an elaborate hierarchy with the pope as the head in western Europe. He establish supreme power. 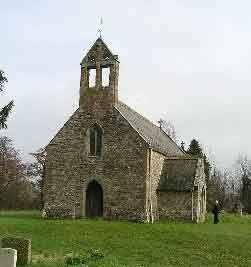