We have spent the past year working on updating and cleaning out our audio-book collection. Our dated materials with audio-cassettes are (almost) no more! Now you will find new and popular titles as well as classics on CD and in the Playaway format. We are doing our best to make sure that all audio-books have a companion copy of the book. While there are still a few audio-cassettes in the catalog (currently unavailable in CD format) we are still working on adding many new titles to our collection.

If you have a suggestion for an addition to our audio-book collection, please contact me! 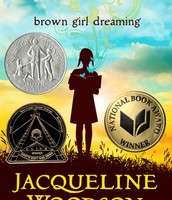 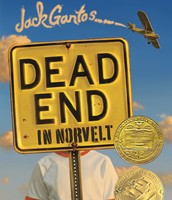 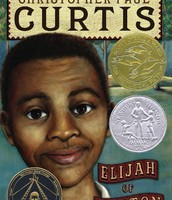 Follow Peter, Susan, Edmund, and Lucy through the secret door they discover at the back of an antique wardrobe, into the miraculous world of Narnia, the great lion, and the ever-mean White Witch. HEADPHONES NOT INCLUDED WITH PLAYAWAY KIT.

As the Revolutionary War becomes inevitable, even teenagers are caught up by the excitement, activity, and politics. At 14, apprentice silversmith Johnny Tremain joins forces with James Otis, John Hancock, and John and Samuel Adams in the dramatic currents and undercurrents leading to the Boston Tea Party and the Battle of Lexington. Newbery Medal winner, 1944.

2014 Audie Award Winner, Children Ages 8-12, and 2014 Odyssey Honor Book. Matilda is a genius, but her family treats her like a dolt. She fights back with practical jokes and sheer brilliance. The Trunchbull, the headmistress of Matilda's school, has terrorized generations of students and teachers. But when she goes after sweet Miss Honey, the one teacher who believes in Matilda, she goes too far.

A devastating memoir of a teenager caught in the grip of the Holocaust. Penetrating, powerful, and personal, it awakens the shocking memory of evil at its absolute and carries with it the unforgettable message that this horror must never be allowed to happen again.

An uplifting tale of conscience, morality, and friendship. In 1943, during the German occupation of Denmark, ten-year-old Annemarie learns how to be brave and courageous when she helps shelter her Jewish friend from the Nazis. Based on a true story of community and heart in the midst of the Holocaust. Newbery Medal winner, 1990. HEADPHONES NOT INCLUDED IN KIT.

It's hard to adjust to the present when it bears no resemblance to the past. No fancy dresses and servants for Esperanza in this Mexican farm labor camp in California. In the Great Depression, she and Mama must adjust to hard work and no money. But Esperanza learns to embrace her life, with the riches of family and community. An ALA Notable Children's Book and Parents' Choice Gold Award winner 2001. "Told in a lyrical, fairy tale-like style... robust novel."  Publishers Weekly

Noah's dad is convinced that a casino ship is dumping sewage illegally off the Florida coast, but he can't prove it. Noah, though, is determined to succeed where his dad failed. He has a plan to sink this crooked little casino.

Wouldn't it be wonderful if we could live forever? Author Natalie Babbitt explores the unforeseen complications that arise when the Tuck Family unwittingly drinks from a spring of eternal life.HEADPHONES NOT INCLUDED WITH PLAYAWAY KIT.

A prophecy foretells that Gregor has a role to play in Underland, the eerie, creature-filled territory beneath our feet. He wants no part of it  until he realizes it's the only way to find out what happened to his father. A 2006 American Library Association notable children's recording.

One of today's finest writers tells the moving story of her childhood in mesmerizing verse. In vivid poems, she shares what it was like to grow up as an African American in the 1960s and 1970s, in North Carolina and in New York. She describes living with the remnants of Jim Crow and her growing awareness of the Civil Rights movement. National Book Award winner.

In the historic town of Norvelt, Pennsylvania, twelve-year-old Jack Gantos spends the summer of 1962 grounded for various offenses until he is assigned to help an elderly neighbor with a most unusual chore involving the newly dead, molten wax, twisted promises, Girl Scout cookies, underage driving, lessons from history, typewriting, and countless bloody noses. HEADPHONES NOT INCLUDED IN KIT.

In 1919, Rifka and her family have fled Russia's brutal treatment of the Jews for a new life in America. But the path to freedom is full of terrible obstacles. HEADPHONES NOT INCLUDED IN KIT.

A young student, who comes to love poetry through a personal understanding of what different famous poems mean to him, surprises himself by writing his own inspired poem. HEADPHONES NOT INCLUDED IN KIT.

August (Auggie) Pullman was born with a facial deformity that prevented him from going to a mainstream school  until now. He's about to start fifth grade at Beecher Prep, and if you've ever been the new kid then you know how hard that can be. The thing is Auggie's just an ordinary kid, with an extraordinary face. But can he convince his new classmates that he's just like them, despite appearances? HEADPHONES NOT INCLUDED WITH PLAYAWAY KIT.

Tiger, tiger, burning bright... When 11-year-old Rob Horton finds a caged tiger in the woods behind the hotel where he lives with his father, he needs to decide what to with this astonishing discovery. His friend Sistine Bailey helps him with the tiger as well as his past. National Book Award finalist. A moving story from the author of Because of Winn-Dixie.

Twelve-year-old Paul, who lives in the shadow of his football hero brother Erik, fights for the right to play soccer despite his near blindness and slowly begins to remember the incident that damaged his eyesight.

A story of suicide, misunderstandings, and friendship. Hannah, who has killed herself, explains why to Clay on 13 cassette tapes. She says that there are 13 reasons  and if he listens, he'll find out how he made the list. HEADPHONES NOT INCLUDED IN KIT.

In Nazi Germany, Liesel steals to survive. She shares the books she steals with her neighbors during bombing raids as well as with the Jewish man in her basement  before he is marched to Dachau. The new film stars Emily Watson and Geoffrey Rush. BookSense Book of the Year Award, Children's Literature, and an American Library Association Notable Children's Recording. "Corduner gives Death a strong personality with a dispassionate voice that will grip the listener." - 11 Compact discs, 14 hours total.

Compact disc.; Read by Jeff Woodman. Despite his overwhelming fear of interacting with people, Christopher, a mathematically-gifted, autistic fifteen-year-old boy, decides to investigate the murder of a neighbor's dog and uncovers secret information about his mother. 6.25 hours of audio.

Katniss lives in the poorest district of what used to be the United States. Yearly, the harsh, victorious Capitol forces each district to send two teenagers to compete in an annual reality show where it's kill or be killed. Only one will survive. Now Katniss Everdeen must play. A 2008 Publishers Weekly Best Book. The new film stars Jennifer Lawrence. "A dilly... violent, jarring, speed-rap of a novel that generates nearly constant suspense... addictive." 9 compact discs, 11 hours 11 minutes long.

Set in the late 1980s, recounts the poignant romance of two high school misfits who gradually discover each other through their shared love of comic books and alternative music, and their mutual outsider status.

Written in 1912, this classic tale quickly became a legend in its own time with characters, situations and dialogue that are rich, ebullient, and unmatched in wit as the infamous Henry Higgins prepares to "make a duchess of this draggletailed guttersnipe." This play evolved into the Oscar-winning musical, My Fair Lady. HEADPHONES NOT INCLUDED IN KIT.

Virtually unknown, Henrietta Lacks died in 1951. But her cancerous cells, taken involuntarily, were used to create an immortal cell line for medical research. They have saved millions of lives and generated vast profits for companies and individuals  but not for her descendants, who struggled to afford housing and health care. A fascinating story of the birth of bioethics.

.....and many more! check out our library catalog for more audio-book options!