What is the Zhou Dynasty

the longest-lasting of China's dynasties. It came after the Shang Dynasty in 1600-1046 BC and it finished when the army of the Qin captured the city of Cheng Zhou in 256 BC.

How long the Dynasty lasted 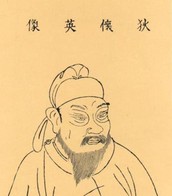 During the Zhou dynasty, china underwent through dramatic changes, iron, ox drawn plows, cross bows, and horse back riding, were all introduced. Large scale irragation and water control projects were also instituted for the first time, greatly increasing the crop yield of the northern China plane
The Histories Part 23: The Zhou Dynasty