A Year in the Life

A Year in the Life 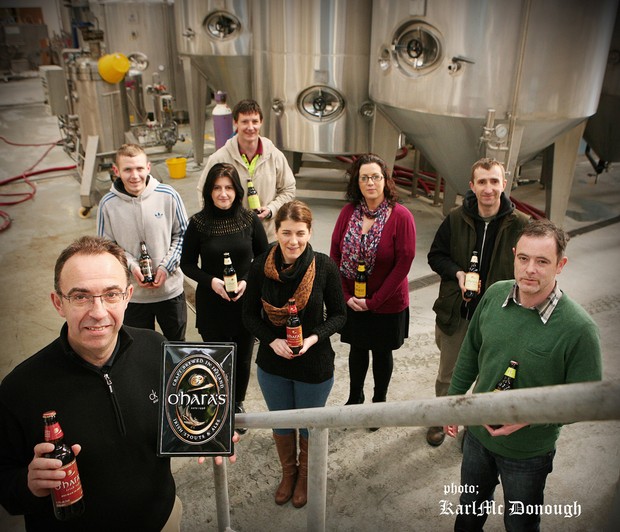 In a week where we hear of job losses at Guinness in Waterford it is great to acknowledge the strides being made by award winning Bagenalstown brewers, Carlow Brewing Company.

Founded by Seamus O Hara in 1996 ‘O Haras’ is now a gem of the local economy.

A brewery requires many different skilled employees in areas such brewing, production, packaging, domestic and international sales, administration and accounts.

O Hara’s are a major contributor to the local economy with benefits in excess of €500,000.

Raw materials are sourced locally where possible; malt from Boormat in Athy, they have a good local water supply, but hops have to be imported as none is produced in Ireland anymore, Ironically Carlow was once a large hop producing area.

Double Irish Pale Ale is their latest new product and Carlow Brewing Company are in 7 days time they open a new ‘craft beer’ bar in Kilkenny, to be called ‘Brewery Corner’.

And good news for lovers of whiskey – they began distilling a single malt Irish whiskey in November which will take a minimum of 3 years to mature.

Facebook @carlowchamber
Athy Road, Carlow, Ireland ceo@carlowchamber.com 0599132337 carlowchamber.com
Embed code is for website/blog and not email. To embed your newsletter in a Mass Notification System, click HERE to see how or reach out to support@smore.com
close