All about the Rosetta Stone

Join me and learn about this fascinating stones history!

All about the Rosetta Stone

Join me and learn about this fascinating stones history! 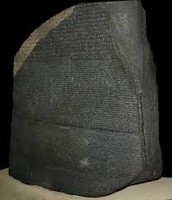 What is the Rosetta Stone?

The Rosetta Stone is a very special stone that was found by a french soldier in 1799 and has 2 different languages written in 3 scripts. These three scripts are Hieroglyphs, Demotic, and Greek. These scripts were carved in 196 B.C.. Also, this amazing stone has been through the Battle of Waterloo and was taken by the British army after defeating Napoleon, a French soldier and his army. Today, this stone is in a British museum touching millions of people.

Where was the Rosetta Stone discovered?

The Rosetta Stone was discovered in 1799 by a French Soldier in the Egyptian village of Rosetta while knocking down an old wall to make room for expanding fort Julien.

The Rosetta Stone in the British Museum

This is the Rosetta Stone in a British museum. It is located on the ground floor, hall 48 and has been here since 1802. 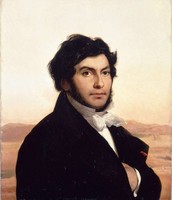 This is an image of Jean - Francois Champollion. He deciphered the hieroglyphs on the Rosetta Stone in 1822.

I think the Rosetta Stone should stay in the British museum because look at all of the hearts it has touched. Look at how many people got to see it that would of never gotten to see it if it was in Egypt. People can see it for a lot cheaper than having to fly across the world. 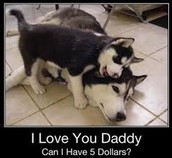 I am Abbey Cross

I am Abbey Cross, and I am the person who made this smore. It was super easy and you can even try this at home. Just search in smore.com and it will take you straight there. Then all you have to do is sign in or create an account and you're ready to create a smore!
horsesellers.com@gmail.com 1800-959-7127 Horsesellers.com