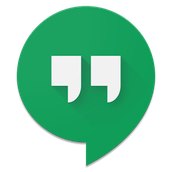 Last week, a classroom at Sudlow had the transforming experience of participating in a Mystery Google Hangout with another class from outside the state. This was all set up with an educator I met via Twitter. We exchanged e-mails, set up a Google Hangout link, and were ready to go. Prior to this, I had never known much about a Mystery Google Hangout before, nor had I even come close to participating in one. However, this experience has me excited for future Mystery Hangout sessions with a variety of classrooms! 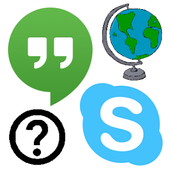 What is a Mystery Hangout?

Two classes connect via Google Hangouts (or sometimes Skype) and accomplish a given task. A common task, and the one that was done at Sudlow, was that the two classes had no idea where the other one was located. So, through a series of yes or no questions, had to determine the other classes location. This means that students learn a little about geography and the world, teaches another class about their town, and gets to have fun while doing it!

What Materials are needed?

The best part about the Mystery Hangout, aside from the students having so much fun, is its ease of completion. All that is needed is a webcam and a microphone - two basic tools on a student Chromebook. However, when there's an entire class, it would work better having a webcam set up on a desktop computer as well as a plugin microphone. Two simple pieces that can transform this lesson in seconds!

How do I get started?

Perhaps the easiest way to begin is to send a tweet through Twitter expressing your desire to connect with another class. Make sure to hashtag it something similar to #mysteryhangout so that it can be seen near and far. Additionally, there is an entire Google Community dedicated to connecting teachers for Mystery Hangouts.

Taking the Hangout a Step Further

It's engaging and enjoyable to connect students to another class. Asking simple yes or no questions can elicit some great responses. However, in order to get the full benefit of a Mystery Hangout, there are two simple things a teacher can do: assign students tasks in the classroom and tweet out questions on a class Twitter page using a designated hashtag. As far as roles, having student groups assigned to ask questions, do the research, and tweet out the questions are all perfect roles to have. If you're tweeting out on Twitter, make sure the other class knows the hashtag so they can join in the conversation in the back as well!

Using a Mystery Hangout in the Classroom

The benefits to students in a Mystery Hangout are awesome to observe! However, it doesn't have to be just a "Where are you in the world?" type of game. There are a few other ideas that this could be used for:

- In a foreign language class, connect with another class that primarily speaks that language and communicate in their native language.

- Ask an author of a book you're reading to do a Hangout with your class and discuss the novel.

- Invite professionals in a field to join your class to discuss their profession and what types of subjects they use in their work each day.

- Find a class to do a simple project with, such as math problem solving, science labs, or country reports. Then, connect via Hangout to discuss similarities and differences in the two lessons.

- Ask local (or national) celebrities to join your class instead of having them come in to discuss. This frees up their travel time and offers more interaction time with your students.

A HUGE thank you goes out to Mrs. Molly Klag (@KlagMolly), the French teacher at Sudlow, for allowing me to use her class as guinea pigs for this to happen. I hope the students enjoyed it as much as they seemed to and as much as I did!

Additionally, a HUGE thank you goes out to Mr. Lance McClard (@drmcclard), an elementary principal in Jackson, Missouri for connecting us to his eager class of 2nd and 3rd graders for this opportunity. We appreciated being invited!