John-Michael is using Smore newsletters to spread the word online.

Get email updates from John-Michael:

The Roller Coaster of Parenting

The Roller Coaster of Parenting

Apparently from Web M.D., what you do matters upon your kids lifestyles. Never think that you can spoil a child. There is a difference between spoiling out of love and spoiling for love. An involved parent knows the difference of these two and will always be there for their children physically and emotionally. As a parent, you should always establish, set, and enforce rules. When growing up, a child should know their boundaries and this helps them grow into adults. Parents should always be able to answer these three questions:

-Who is with my child?

-What is my child doing?

Be consistent in your child life. If your rules are fluxuating day to day, then a child would be confused and this might lead to them to breaking the rules. Consistency is your most powerful disciplinary tool.

Layout a rule book and explain it to your kids. Make sure they thoroughly understand and answer any questions they may or may not have. During this, make sure you answer these questions with the upmost respect and courtesy to make this time enjoyable for all. 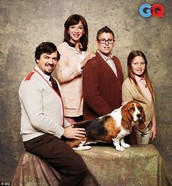 Rose Mary Walls is a self-absorbed artist. An educated teacher, she refuses to get a job, except for a few occasions when the family is literally starving. She works as a teacher with the same lack of attention she demonstrates in parenting. Her kids often have to drag her out of bed to get her ready for work. She tries, unsuccessfully, to hide paychecks from Rex so he won't spend them all on booze. She says suffering immunizes body and soul, which is why she ignores the kids when they cry. She refuses to go on welfare or accept charity because she says it will cause the kids irreparable psychological damage. In contrast to Rex's alcoholic problems and crude dialogue, Rose Mary never drinks or uses foul language. Rex is an inventor, always coming up with money-making ideas he can't get off the ground. He makes grand, empty promises to the family, such as saying he'll build them a glass castle. When the family is at its poorest, Rex only drinks beer; when there's a little money, he drinks hard liquor and cusses, hollers and smashes things at home, when he comes home at all. His charm and charisma keep his family from abandoning him. Rose Mary and Rex encourage reading and educate the kids in ways that put them ahead of their classmates wherever they go to school. Jeannette briefly mentions her Grandma Smith (Rose Mary's mom) and how she loved the order and rules Grandma provided. Rex's mother, Erma, is a heavy smoker and drinker who hates the kids and sometimes hits them with serving spoons. She touches Brian inappropriately, and the kids quietly wonder if she'd done the same to Rex when he was young. Through this hectic kind of "parenting" the kids become confused on what to be steered towards to believe. This outcomes to some kids turning towards drugs and other bad habits that make the kids turn down the path of poverty and desperation.

How Does This Affect Kids?

Jeannette Walls is the author, the narrator, and the main character of this story. Her parents were often negligent in their care of Jeannette and her siblings. However, Jeannette found a way to love them. She retells her story without anger and judgment of her mother and father. She found strength within herself to counteract her parent’s lack of maturity and substance. She worked hard to bring in money for food before she was legally old enough to hold a job. When she was seventeen, she left home and together with her older sister, Lori, made a life for herself, earning a scholarship from an Ivy League college and gaining a bachelor’s degree. "If you dont want to sink, you better figure out how to swim" (Walls 66). Rex teaches Jeannette how to swim by literally forcing her to sink or swim. He repeatedly throws her into a sulfur spring in the desert, rescuing her when she sinks only to throw her back in again. Using these methods, Rex is able to train Jeannette to paddle and swim in order to avoid being thrown back into the water. This strategy is representative of Rose Mary and Rex's general approach to parenting. Refusing to coddle their children, they often present them with challenges, some life threatening, that the children are forced to handle. 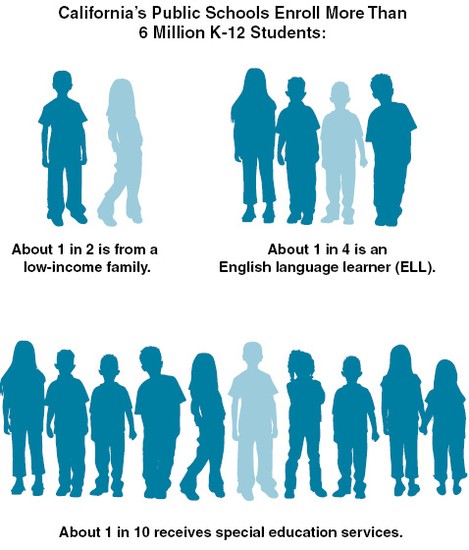 "Mom frowned at me. 'You'd be destroying what makes it special' she said, 'It's the Joshua tree's struggle that gives it its beauty'." (Walls) 38. When Jeannette devises a plan to push the tree straight up which has grown sideways in the direction of the constant wind that passes over it, her mother quickly dismisses the idea. Rose Mary claims that the tree is beautiful not because it grows straight like the other trees, but rather because its struggle defines it and makes it unique. Rose Mary is typically unwilling to tamper with nature and she is particularly drawn to the unique form of the Joshua Tree. Through the figure of the tree a young Jeannette learns an important lesson about non-conformity. This carries on throughout the story during the fights with Dinita and her gang. Jeannette would just take these beating without an attempt to fight back.

''Oh Yeah?' I said. 'How about Hitler?What was his redeeming quality?'

Rose Mary tries to teach Jeannette a lesson in compassion. She explains that even the worst of people have good qualities. Jeannette is frustrated with the prejudice of her grandmother towards Blacks but Rose Mary encourages Jeannette to instead find her grandmother's positive traits and understand the upbringing that indoctrinated her with such hateful ideas. She wants Jeannette to understand, not judge. You see this again when she sees her own mother digging through the trash in New York looking for food. Even with all the pain and anger with her parents, she feels sorry for her and wants to help.

John-Michael is using Smore newsletters to spread the word online.