Get email updates from Masimba:

"Our mission is to help students identify and learn how to cope and overcome their academic and behavioral challenges in order to become productive and responsible members within Warren Township school population and community at large."

"I never lose. I either WIN or Learn." Nelson Mandela

A Message From Central Office--- Center For Disease Control and Prevention

Outbreaks of novel virus infections among people are always of public health concern. While the Center for Disease Control and Prevention (CDC) considers this to be a serious public health threat, based on current information, the immediate health risk from to the general American public is considered low at this time. That said, we will continue to take proactive preparedness measures as more cases are likely to be identified in the United States.

Our school district is working closely with state and local health departments to review and update emergency preparation plans in the event of a pandemic. Our Operations Department continues to work diligently to ensure a cleanly environment for both students and staff. In the event of a confirmed case in the MSD of Warren Township, appropriate measures would be taken with the guidance of the health department.

It is important to have correct information about the Coronavirus. Click here to access CDC information on the virus.

At this time, the MSD Warren Township will monitor students using normal school procedures to assess symptoms. Patients with confirmed 2019-nCoV infection have reported mild to severe respiratory symptoms, including fever, cough, and shortness of breath. We continue to encourage all student and staff to practice good heath hygiene to prevent the spread of any illness, including viruses. These steps include:

I am highly encouraging all Renaissance students to participate in summer school. Information is available at the front desk. First round of sign up will take place March 11 and 12th.

Cost $25 per class. Max of 2 classes can be taken. $25 transportation fee if busing is needed. Sign up will take place March 11/12th. Payment can be made in Renaissance front office.
Get Directions 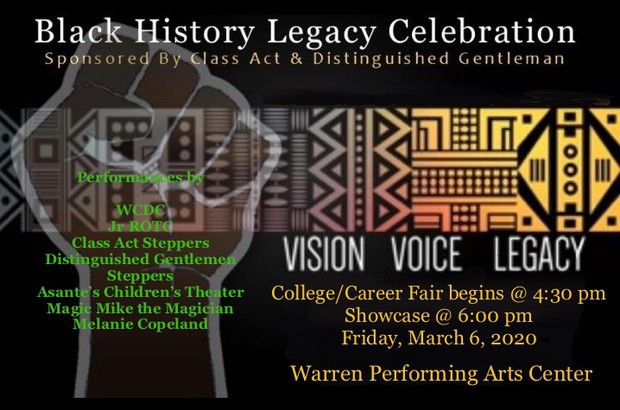 Middle School Affirmation: I can only control what I do, I can't control anyone else.

Please help us from home by checking that your student is following our basic rules at Renaissance.

Dean's Corner -- Discussion With The Dean

I wanted to make sure that everyone is clear on the districts bullying policy and what actions can be taken if you feel that your son/daughter is being bullied. If you do believe that bullying is happening, please contact the school immediately. If you or your student do not feel comfortable contacting the school directly, please use the following number:

The definition of bullying is defined as overt, unwanted, repeated acts or gestures, including verbal or written communications or images transmitted in any manner (including digitally or electronically); physical acts committed; aggression; or any other behaviors committed by a student or group of students against another student with the intent to harass, ridicule, humiliate, intimidate, or harm the targeted student, creating for the targeted student an objectively hostile school environment that:

"The true measure of a man is not how he behaves in moments of comfort and convenience but how he stands at times of controversy and challenges".

Counselor Corner -- Conversation With the Counselor

Another round of testing will take place for all 10th grade students. We will administer ISTEP Pt. 1 beginning the week of March 9-13. More information will be sent out regarding the actual schedule. This is the graduation exam required by Indiana Department of Education. Part 2 of this exam will be given in mid-April.

Please see summer school information listed earlier in the newsletter. Students may stop by and see their counselor to find out what courses they should sign up for.

Also, students are being called down to make course selections for next year's schedule. Check in with your student to see what classes they are considering taking.

Reminder: All of our 21st Century Scholars must take the SAT or ACT to claim their scholarship. Please see information below

From the Desk of the Social Worker………….

History is often reduced to a handful of memorable moments and events. In Black history, those events often include courageous stories like those of The Underground Railroad and historic moments like the famous “I Have a Dream” speech by Dr. Martin Luther King, Jr. But these are only a few of the significant and important events to know and remember.

In an effort to honor this expansive and growing history, Black History Month was established by way of a weekly celebration in February known as “Negro History Week” by historian Carter G. Woodson. But just as Black history is more than a month, so too are the numerous events and figures that are often overlooked during it. What follows is a list of some of those “lesser known” moments and facts in Black history.

Before there was Rosa Parks, there was Claudette Colvin.

Most people think of Rosa Parks as the first person to refuse to give up their seat on a bus in Montgomery, Alabama. There were actually several women who came before her; one of whom was Claudette Colvin.

It was March 2, 1955, when the fifteen-year-old school-girl refused to move to the back of the bus, nine months before Rosa Parks’ stand that launched the Montgomery bus boycott. Claudette had been studying Black leaders like Harriet Tubman in her segregated school, those conversations had led to discussions around the current day Jim Crow laws they were all experiencing. When the bus driver ordered Claudette to get up, she refused, “It felt like Sojourner Truth was on one side pushing me down, and Harriet Tubman was on the other side of me pushing me down. I couldn't get up."

Claudette Colvin’s stand didn’t stop there. Arrested and thrown in jail, she was one of four women who challenged the segregation law in court. If Browder v. Gayle became the court case that successfully overturned bus segregation laws in both Montgomery and Alabama, why has Claudette’s story been largely forgotten? At the time, the NAACP and other Black organizations felt Rosa Parks made a better icon for the movement than a teenager. As an adult with the right look, Rosa Parks was also the secretary of the NAACP, and was both well-known and respected – people would associate her with the middle class and that would attract support for the cause. But the struggle to end segregation was often fought by young people, more than half of which were women.

Renaissance is always seeking to add more community resources and programs to promote, improve and increase social and emotional skills within our community.

Tickets will go on sale April 7-23. Tickets are first come first served. Tickets will only be reserved with money. Money must be submitted in cash form to Ms. Coffer. Email will be sent to Warren Central to reserve ticket. Cost of Tickets $60 per person.

Senior Guest Forms (only) can be found at the front desk and our due back into office by Friday, March 20, 2020!

Students on Warren Trespass list will not be able to attend.

There has been a change in the Cap and Gowns. Students will be wearing one color(Black)with the cap(black)and tassel(black and gold).The price has changed to $34.00 dollars. All else will stay the same. Students may go to the website (herffjones.com) to access the picture of the Cap and Gown.

Led by the Indiana Commission for Higher Education, Learn More Indiana is a partnership of state and local organizations working to help Hoosiers of all ages complete education and training beyond high school. Go to this website and take personality quizzes, research potential careers and educational opportunities, build a resume and more!

Is your student a 21st Century Scholar? Log on to ScholarTrack to check your student's enrollment status, update contact information or check progress on their required ScholarTrack activities.

The Free Application for Federal Student Aid (FAFSA) applications are available on October 1, 2019. Stay tuned for information about a FAFSA Completion night at Renaissance when we will go through the application process.

Core Character Trait Spotlight For the Month of February is: Respect

“I speak to everyone in the same way, whether he is the garbage man or the president of the university.”
― Albert Einstein

“Above all, don't lie to yourself. The man who lies to himself and listens to his own lie comes to a point that he cannot distinguish the truth within him, or around him, and so loses all respect for himself and for others. And having no respect he ceases to love.”
― Fyodor Dostoevsky, The Brothers Karamazov

“It does not matter how long you are spending on the earth, how much money you have gathered or how much attention you have received. It is the amount of positive vibration you have radiated in life that matters,”
― Amit Ray, Meditation: Insights and Inspirations

“Respect yourself and others will respect you.”
― Confucius, Sayings of Confucius 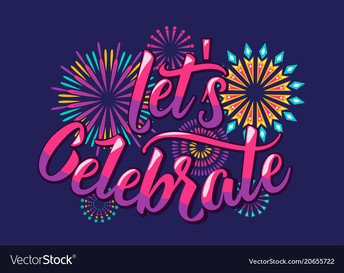 Help us congratulate our students who are showing CORE,( Civility, Order, Respect, Excellence)! Each week students are being recognized! 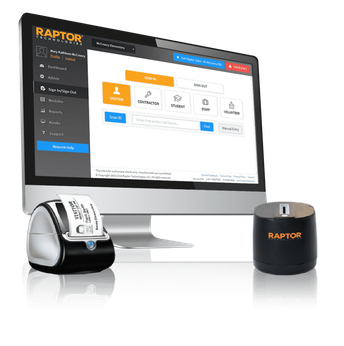 Currently, every visitor who enters our building is asked to present a state of federal ID, such as a Driver’s License, and it is scanned into the Raptor System. Once the visitor has been approved, the office staff enters the reason, destination of the visit and the Raptor System will print a photo ID visitor badge. If for any reason a parent or guardian does not have a U.S. government-issued ID, the staff member can use any form of ID and manually enter the person’s name into the Raptor System. Beginning November 11, 2019, this will apply to our PreK-4 campuses as well.

A photo ID visitor badge is not required for those who visit our schools to drop off an item or pick-up paperwork at the front desk. Further, they may drop off their items(s) or remain in the waiting area until their student is available. Please be aware that current practices established in each building remain in effect.

The safety of our students is our highest priority. The Raptor Visitor Management System provides us with a consistent process of knowing who is in our buildings at all times as well as a tool to identify those individuals who may present a danger to our students and staff.

Thank you in advance for your cooperation and support towards enhancing school safety protocols in our district. If you have any questions or concerns, please feel free to contact us here at Renaissance at 317-532-2996.

Everything Warren Township In Your Pocket

IT'S EVERYTHING WARREN TOWNSHIP IN YOUR POCKET!

Catch up with the latest student stories, sports scores, and news updates. It’s everything Warren Township, in your pocket. Download the app on Android: http://bit.ly/2Fp2N3T or iPhone: https://apple.co/2quwRR9.