Get email updates from jenna:

Chanel had introduced the world to the jumper and it was worn by both men and women. knitted clothes for men really took off in the twenties and women eagerly wore the same knits too. Fair patterns became very popular for both genders to.

High fashion had only been for the richer women until the twenties. Flapper dresses were very popular in this time period it was the thing that most women wore even if they weren't rich. A flapper dress showed that the women was very fun and was a dancer in the jazz time.

Dresses and skirts for women

The dress stops at the knees. Was very popular but not as expensive as the flappers and never changed the price like the flapper dropped in price over time.

very loose and has lots of fringe. Many different layers and has sequence. they were madeout of many different types of fabrics but the fabrics had the be heavy at the ends so the sequences could flap around.

As you can see a flapper dress is very flashy. They were expensive when they first came out but as they got more popular they became dresses for dancers and many different people not just the wealthy.

In the begging head wear was made for protecting your head from injury and from the elements of nature. Women wore all different types of hats. They wore floppy hats to protect them selves from the sunshine and they also wore small hats with different clothing to match. The men on the other hand wore typically one type of hat. They wore a bowler hat. This hat looked like a plain hat with sometimes a ribbon wrapped around the edge.

both men and womens hat

Shoes For men and Women

The men wore Low cut boots with soft and comfortable insides. one thing that almost all mens boots were they would have a zipper running along one side of the boot.

his type of heel is a satin heel and it has sequence on the heel because back in the 1920s the heels like this almost always had a little sparkle or shine on the heel.

This type of Boot is low cut and has a zipper like most boots will have. These types of shoes were mostly worn by men that owned farmland and were cowboys. This was very popular because most men were very western and had farms.

These shoes were very popular in the 1920s. This was a roaring fashion most of the women wore these out with their friends or to work as dress shoes because they were comfortable and easy to get on and off.

Necklaces came in two varieties beaded or ribbon chokers and long strands of glass beads and pearls. Sometimes these long strands of gems also became used as loose belts hanging from the hips.

Earrings are long drops for both day and evening. The chandelier shape was a favorite. Gem colors often matched dresses and or other accessories. Bracelets were a major fashion accessories in the 20′s from cuffs to battalions of bangles. They were thick and usually made of gold or bright colored plastic like materials. Bracelets worn on the upper arm were called slave bracelets.

Wonderful, very old Art Deco clip on earrings. Gorgeous detailing on these! Carved Mother of Pearl, with brass clips on the back. These show a little age, but no chips or scratches that I could see. Brass is darkened with age.

With its symmetrical, geometric panels and streamlined shape, this line bracelet from the Jazz Era represents primo Art Deco style. The bracelet is comprised of sapphires and diamonds set in platinum.

This beautiful classic genuine salt water ocean Japanese akoya pearl necklace graduates from a beautiful 9mm pearl at center to 4mm pearl by the clasp. There are 75 genuine pearls in all, each hand knotted between each pearl. Overall the strand measures about 19 1/2 inches long.The necklace was acquired through an estate collection and is in lovely vintage condition.

1920′s Fashion for men was the start of menswear as we know it today. Only a little bit of changes in menswear have come about since the 1920′s. It was a time of classic sophistication with a level of fun that I haven’t seen since. Suit colors were mostly neutral but the accessories popped with vibrant colors- just like they did for women’s 1920′s fashion. Popular Tv shows such as Boardwalk Empire and Downtown Abby have brought back the appeal for 1920s mens suits today.

The other fun bit of color on a 1920′s mens outfit was the neckwear. Men either wore a bow tie in fun stripes or polka dots, a striped or plaid necktie, or a neck scarf tie. Bow ties were the self tying variety and usually had a thick or puffy look to them. Neckties had diagonal stripes, plaid, check, or an art deco inspired pattern. Solid bright colors made of wool or silk were also common such as yellow, orange, red or green. Thin knit ties were another option with square edges or fringed edges.

What sets 1920s mens suits apart from other eras are the material and trim. Suits were mostly made of thick wool or a wool tweed and pants made of wool based flannel which made them heavier than today’s suit materials but lighter than the previous decades.

The two other items of color popped up in gloves and pocket squares. Often these two items matched each other. Bright colors like yellow or red gloves were a favorite choice over the traditional black, brown or gray gloves. They were made of thin leather and buttoned at the wrist sometimes with scalloped edges but usually cut straight. These are the modern equivalent of unlined driving gloves and are usually hard to find in bright colors. The pocket square is a decoration only handkerchief, made of silk, folded into a triangle and place in the suit’s chest pocket.

The men in the images below sport the casual, laid back look that swept men's fashion during the 1920s.

They came in all different colors and were madeout of cotton.

whether men purchased their suits in the United States or had one custom made in a small tailor's shop in Rome men's fashion in the 1920s was classic.

During this time the women mostly wore different dresses for different occasions but the men wore suits for most everything. 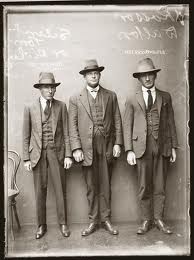 This was a very common mug shot of gangsters 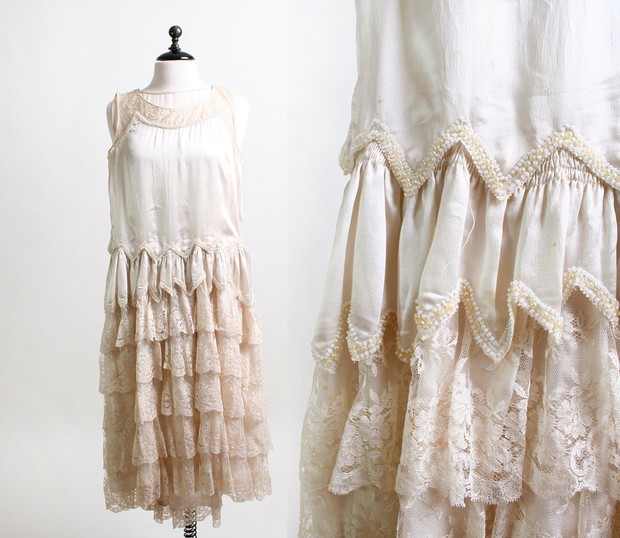 This is a wedding dress that would show that this women was very wealthy and knew how to have fun. 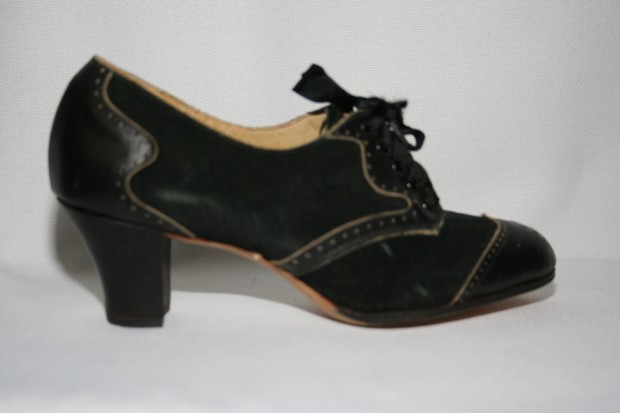 Follow jenna massey
Contact jenna massey
Embed code is for website/blog and not email. To embed your newsletter in a Mass Notification System, click HERE to see how or reach out to support@smore.com
close