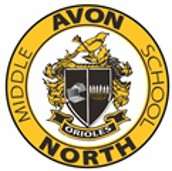 I hope spring break was all you wanted it to be, and all are rested and energized for the eight remaining weeks of the school year.

April and May will bring busy days to us at AMSNorth. Of course, there are units of study through which to work along with administration of IEARN and NWEA testing. ILEARN testing will begin April 20 with most of it ending on April 29. For biology students, ILEARN biology is scheduled for May 3-5. NWEA testing in language arts and math is scheduled for May 9-18. It is especially important for students to not miss school at these times if possible.

In addition, school life will be busy with spring sports, spring music concerts, the spring play production, and Academic Super Bowl. A Finale Celebration for 7th and 8th graders will occur during the evening of May 18 with details to be shared soon. The last day of school, May 27, will start with an awards program followed by Field Day.

Every day we ask students to give their very best effort, and we appreciate our partnership with you in helping to make this happen.

This prestigious award is presented to students whose overall school commitment is exemplary. We like to recognize our award recipients with a special luncheon hosted by our school administrators.

(Not listed in picture order) 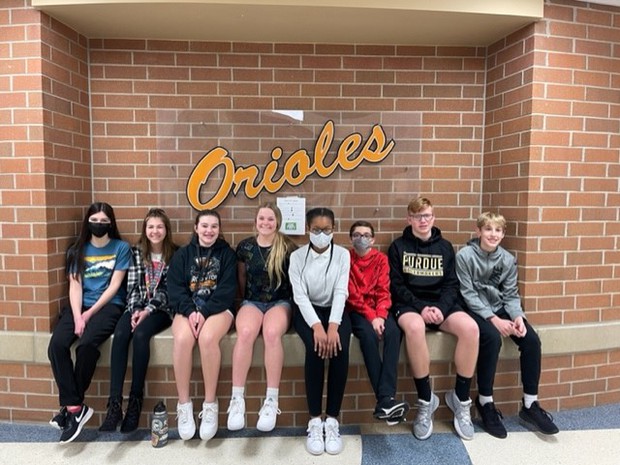 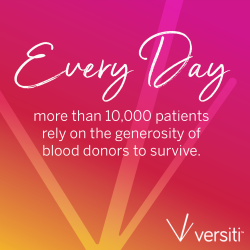 Bloodmobile will be parked in the north football parking lot 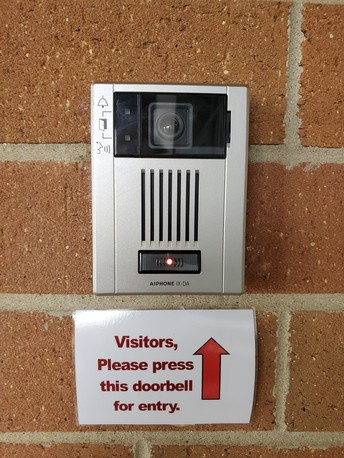 In Avon Schools, safety of our students and staff is our highest priority. A building access intercom system was installed at AMSNorth. Visitors will press the doorbell and be asked to identify yourself and provide a reason for your visit. Thank you for your patience in adapting to this updated, more secure system.

Parents and students may send a Schoology message to the sponsors listed below for information about the clubs.

Card and Board Game Club---Ms McDonald

Our spring sports are starting up! Please check Avon North Athletic page if you are interested in Track, boys' golf, or girls' tennis.
Athletic Calendar 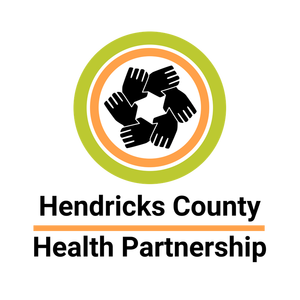 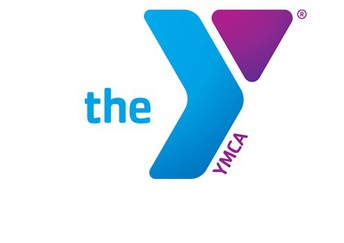 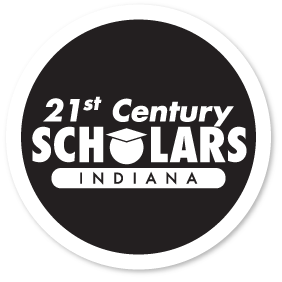 Have you signed up yet?

This is a four year full-ride scholarship for income-eligible students in Indiana. You must apply while your student is in middle school.
Avon Optimist Oratorical Application

We would like to encourage students to enter the 2022 Oratorical Contest sponsored by the Avon Optimist Club!

Big Congratulations to the band students for their performances at ISSMA and at the Music Festival. Great job!

We would love to see all students that are currently in band continue on with their musical experience next year. You are only beginning your journey, there are so many more great musical things to learn and experience. Band is a great thing to experience, and even better to experience with your friends. New things and new opportunities will be offered. Stay on the journey that will take you places. Champions continue to be molded and grown here.

Congrats to 8th Grade Orchestra and the Chamber Orchestra students for earning Gold Ratings with Distinction at the March 11th ISSMA Organizational Contest. Parents are encouraged to check Power School and ParentSquare on weekly basis to keep track of students grades and messages from their teachers.

Summer Orchestra – An informal survey will be sent soon about potential dates and times. 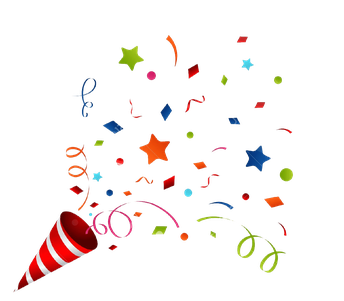 Social media allows teens to create online identities, communicate with others, and build social networks. These networks can provide teens with valuable support, especially helping those who experience exclusion or have disabilities or chronic illnesses. Teens also use social media for entertainment and self-expression. And the platforms can expose teens to current events, allow them to interact across geographic barriers and teach them about a variety of subjects, including healthy behaviors. Social media that's humorous or distracting or provides a meaningful connection to peers and a wide social network might even help teens avoid depression.

However, social media use can also negatively affect teens, distracting them, disrupting their sleep, and exposing them to bullying, rumor spreading, unrealistic views of other people's lives and peer pressure. The risks might be related to how much social media teens use. A 2019 study of more than 6,500 12- to 15-year-olds in the U.S. found that those who spent more than three hours a day using social media might be at heightened risk for mental health problems.

Because of teens' impulsive natures, experts suggest that teens who post content on social media are at risk of sharing intimate photos or highly personal stories. This can result in teens being bullied, harassed or even blackmailed. Teens often create posts without considering these consequences or privacy concerns.

· Set reasonable limits. Talk to your teen about how to avoid letting social media interfere with his or her activities, sleep, meals or homework. Encourage a bedtime routine that avoids electronic media use, and keep cellphones and tablets out of teens' bedrooms. Set an example by following these rules yourself.

· Monitor your teen's accounts. Let your teen know that you'll be regularly checking his or her social media accounts. You might aim to do so once a week or more. Make sure you follow through.

· Explain what's not OK. Discourage your teen from gossiping, spreading rumors, bullying or damaging someone's reputation — online or otherwise. Talk to your teen about what is appropriate and safe to share on social media.

· Encourage face-to-face contact with friends. This is particularly important for teens vulnerable to social anxiety disorder.

If a student is absent from school, a parent or guardian must call the school at 317-544-5500 by 10:00 am to report the absence or send an email to MNattendance@avon-schools.org

When students have to leave school early for special appointments, a note from a parent or guardian must be brought from home to secure an “Early Dismissal” slip from the office. The note must be brought to the front office before school starts.

If a student arrives after 9:20 am, he/she must sign in at the office before going to class. If a student reaches 5 tardy slips to school, he/she will receive an after school detention for each tardy after the fifth one (per semester).

Cars must merge into one lane before reaching Door 1. In the morning, students are not to leave the cars before 9:00! The doors are not unlocked until 9:05 am. Students are to stand socially distanced in the main hall until the 9:10 am bell rings.

In the afternoon, students wait for their cars as they stand along the car-loading section of the sidewalk. Drivers are to pull their cars along the sidewalk ALL THE WAY DOWN TO THE YELLOW SIGN THAT READS: STUDENT DROPOFF. When it rains, students will be dismissed from the cafeteria by radio when driver arrives at the student drop-off section of the curb. Student’s name is to be posted on the passenger window.

Parents and students may obtain homework assignments through Schoology and monitor grades through Power Parent.

Please note that we do not accept food for students delivered from restaurants or outside delivery services.

We are asking for all parents to wait for their children in the football parking lot spaces for safety concerns. Due to the number of athletes and students involved in other extra-curricular events walking to and from the building, it is important that we keep curbs clear of cars. This allows for drivers to see children better. This also allows for our student athletes to see traffic. All of our students’ safety is of utmost concern, so we are asking for your help in making our campus as safe as possible. Thank you from the entire Avon North Administrative staff. 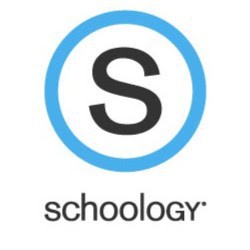 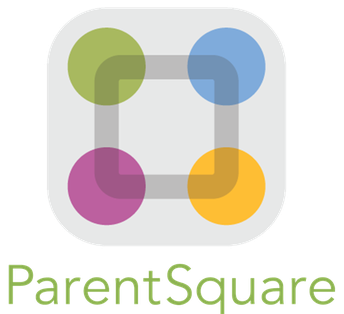 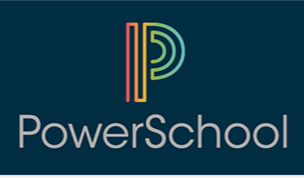 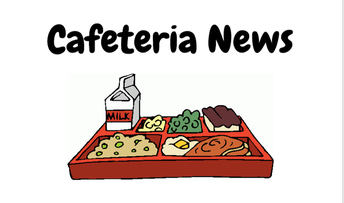 Based on the exceptional circumstances of the COVID 19 public health emergency, the USDA will continue to provide free breakfast and lunch for all students for the 2021/2022 school year.

Click on the link below to view the lunch menu. 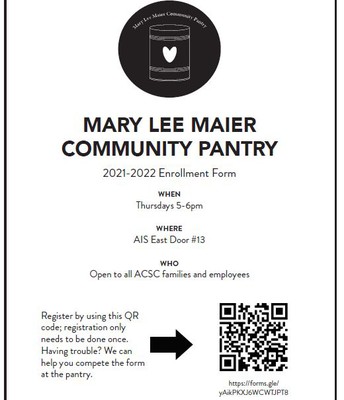 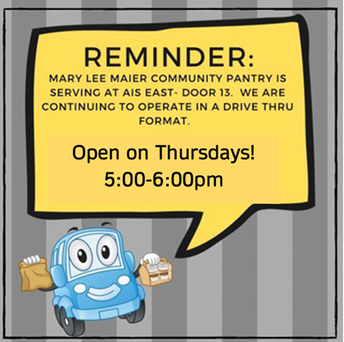 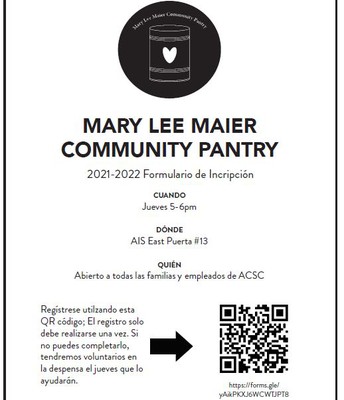