What are they all about?

What are they all about?

Platyhelminthes aka Flatworms are a hermaphroditic species with no coelom and three embryonic layers. Most are free-living and harmless, but there are a few that are parasitic. The parasitic Platyhelminthes are Flukes and Tapeworms. The easiest way to avoid these two are to cook all of your foods thoroughly and to wear shoes outdoors if you live in a high risk region.

Nematoda aka round worms are bilaterally symmetrical, pseudocoelomate, free living or parasitic organisms. These organisms form a protective cuticle that is periodically shed that helps protect the organism from external factors. Most species are not hermaphroditic and have distinct differences between the male and female genders (males are smaller females are larger). An example of a parasitic Nematoda would be the hookworm, which live in the small intestine and suck up blood. A way you can avoid catching a hookworm is to wear shoes outside so that the hookworm cannot bury itself within your feet. 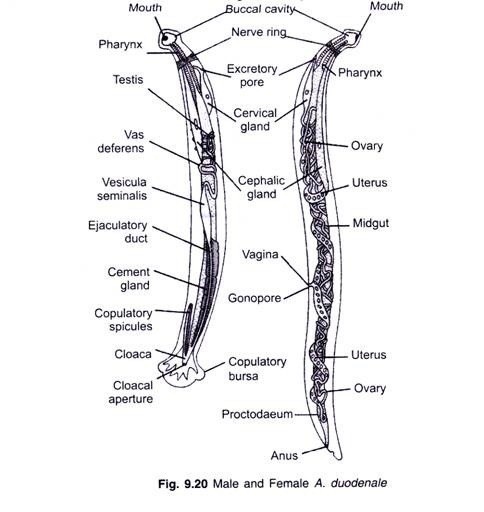 Annelida are any form of segmented worm (such as an earth worm). Annelids are coelomate and have setae. Earth worms are helpful Annelida found all over the earth. Earthworms promote healthy soil by letting air and water into the earth via their tunnels. An example of a harmful annelid is the Leech which hooks onto your skin and sucks your blood. A good way to avoid leeches is to wear the proper protective gear when going into lakes, rivers, or ponds. 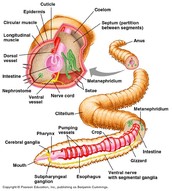 Leech hooked onto the skin