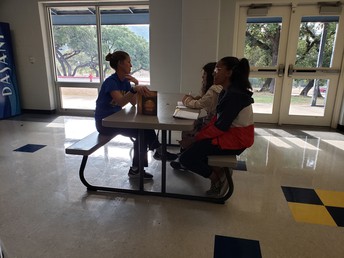 Coach Karg took some of her students out and had individual discussions with them about their books and what their thoughts were about them. 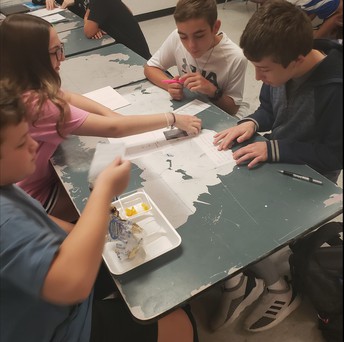 Coach Tomlin's class had to solve a murder mystery this week. They had to follow clues and solve puzzles to get to the bottom of it. 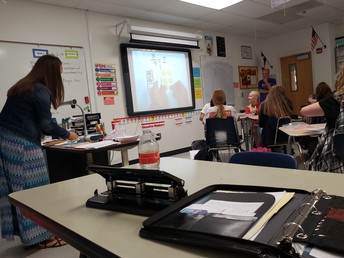 In Mrs. Holden's math class, there was an amazing "Aha!" moment as she showed a new way to solve equations. It was pretty awesome to see the lights go off in their heads.

Reminder - Next Monday, October 14th is a Student Holiday!

Lago Vista ISD is committed to effective, two-way communication regarding student safety. In the event of a validated threat to student safety or other emergency, our District and campuses work together to quickly notify parents/guardians through our District messaging service.

As we go past the first progress report, it's amazing how fast a school year goes! The end of the first 6 weeks is September 27th, and the biggest adjustment for 7th graders is that they can lose eligibilty for football, cross country, volleyball or marching band if they have failing grades.

Lago Vista ISD recognizes that communication between campuses and parents is a crucial part of building a strong school-home partnership, which we greatly value. As such, the District is committed to providing open, two-way communication and encourages all Lago Vista ISD parents to share the same commitment.

While social media presents us with an amazing venue to share and exchange information, if a concern arises regarding your child, or child’s campus, please contact the campus immediately. This timely communication directly with the campus is a crucial first step in working with you to resolve your concerns. As a district, we are committed to ensuring that all concerns are addressed as quickly as possible, but

campuses are only able to assist with finding solutions when we are made aware of concerns through direct communication.

Thank you for your helping with Lago Vista ISD's continued efforts to build strong and effective partnerships with our parents!

8th Graders will be taking the PSAT in a few weeks - parents can take a look at this guide for more information. 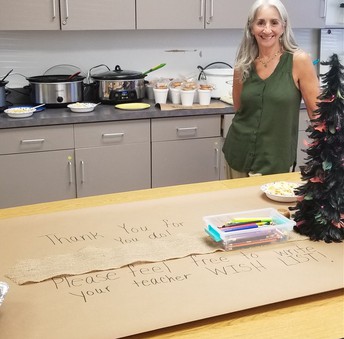 Our luncheon was amazing on Friday - thank you PTO for such a great spread! 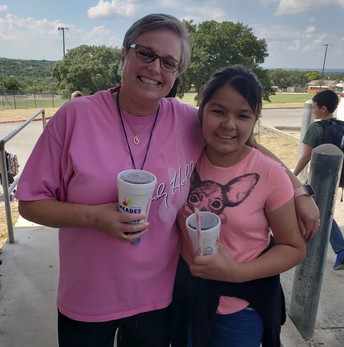 Congrats to Anna Piedra Diaz and Mrs. Sosa for winning our Sonic drinks this week. Mrs. Sosa gave Anna a red ticket because she helps clean Mrs. Sosa's classroom every day without asking. 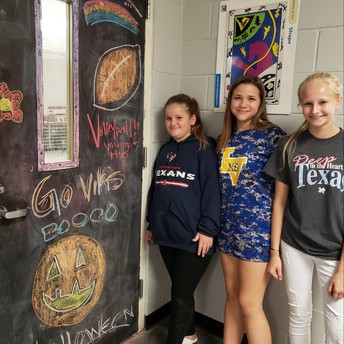 These students made sure that Mrs. Wiechman's door was ready for fall. It looks great!

Lago Vista ISD Gifted & Talented Education Program should complete a referral form and return it the student's school by October 15. 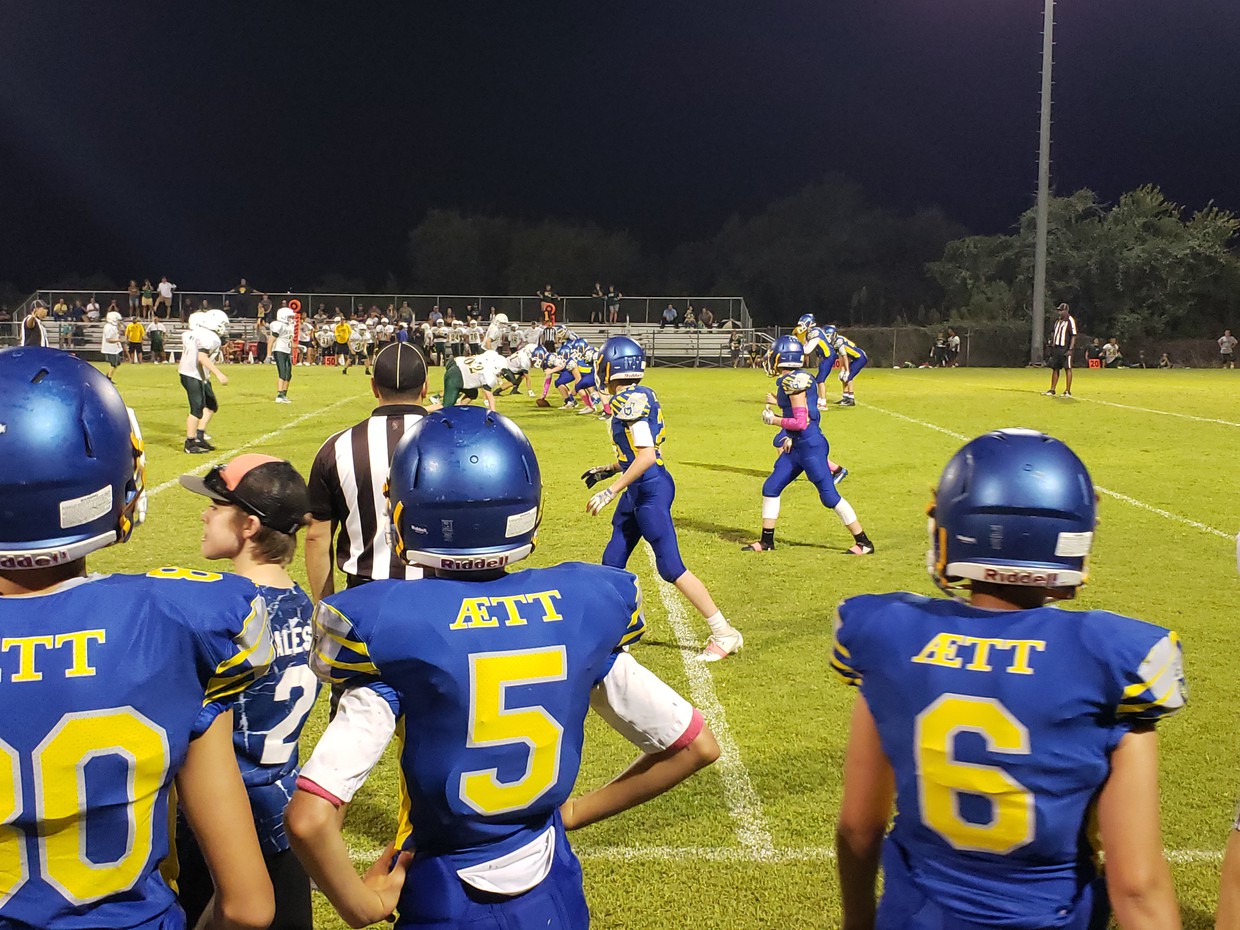 A Beautiful Night For Another Win

The LVMS football team played the Academy Bumblebees this past week here at Sisemore field.

The Vikings Super team fell to the Bumblebees 21-7. D.J. Dambach and Paxton Williams led the team on offense. Defensive players of the game were Cade Houston and Ryan Oliver.

Brooks Jackson led the team in rushing and had 3 completions for 52 yards. Mikah Helton had several spectacular runs breaking tackles and making defenders miss. Corbin Jackson, Colby Fowler, and Mikah Helton all had interceptions helping the Vikings to their 20-0 shut-out of the bumblebees.

The 8th grade "A" team tied the Bumblebees 16-16 in very physical football game. Gavin M. Smith broke free for a 60yard TD tying the game in the first half. Josh Harrington had an interception while Cory Mosser and Wyatt Herring the team in tackles.

Next week the Vikings travel to Rockdale to face the Tigers. All 3 LVMS team will play beginning at 5PM on Oct. 10th 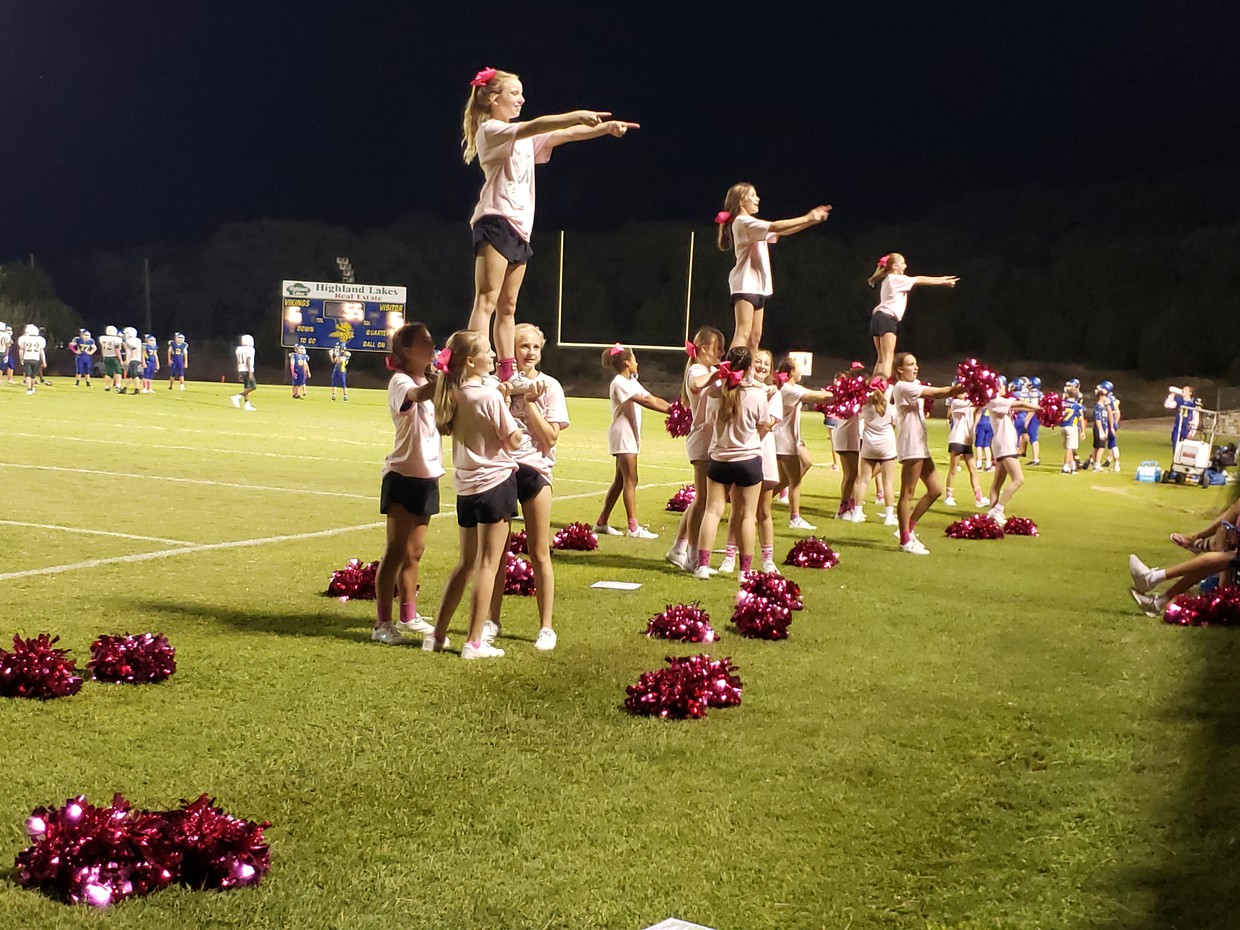 Every Thursday, the school store is open during both lunches - make sure to stop by and see what awesome stuff they have. Thank you to our PTO for running it every week! 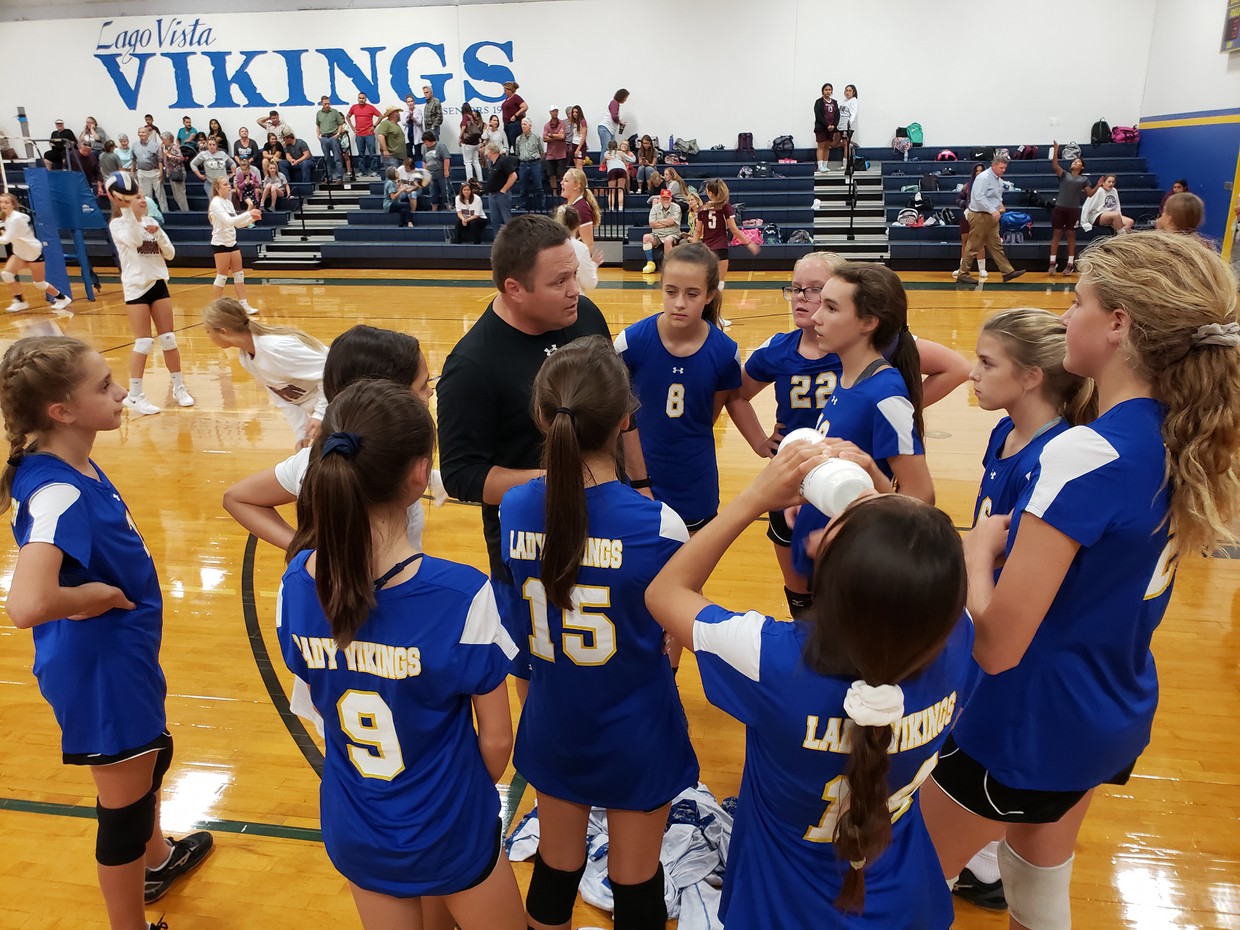 Our volleyball teams played Johnson City on Monday. Below you will find the results for our 8th grade teams:

Our Blue team was the only team that came out on top against Johnson City, winning in two games at 25-21 and 25-15. Our leading servers were Maddie Nowlin with 12, and both Kambree Meyer and Emily Wilson with 7. Leading passers were Rylie Greenless with 18, and both Maddie Nowlin and Kambree Meyer with 15. Our attack leaders were Alanna Biniak with 7 and Kambree Meyer with 5. Also contributing to our team win were: Gabby Williams, Kira Federoff, Reagan Phariss, Sabrina Vaughan, Ivonne Saavedra and Dana Jensen.

This was an amazing game with 2 undefeated teams playing hard against each other for every point. We went to 3 sets against Johnson City, coming up short of the win. We took the first set with a 25-19 win. The second set was close, but we lost 23-25. Johnson City took the third set and the game with a 25-15 win.

Our next match will be against IDEA Montropolis.

The blue team put up a great fight to an undefeated team but barely fell short each game with a loss in two at 23-25 and 23-25. Our leading servers were Paige Parsons with 13 and Stella Gjelaj with 7. Leading passers were Paige Parsons with 22, Megan Conine with 15, and Emily Jungman with 13. Our attack leader was Emily Jungman with 2 attacks. Also contributing to our team were: Patience Solis, Emma Prestage, Claire Brumfield, Phoebe Badger, Isabella Adams, Iliana Faz and Lindsay Sanders.

The 7 Gold team lost their 1st match of the season this past Monday evening in a tightly contested match vs also undefeated Johnson City 24-26; 19 - 25. The girls played extremely hard but were unable to overcome a poor night from behind the service line. There were some great points played throughout the night and great effort was displayed by both teams. Ameilia Robinson, Melanie Sansom, and Mikayla Vasques were our leading attackers on the night. Great defensive efforts were had by Maddie Kassell, Lana Spedale, Sydney Heibert. Other big contributors were Natalie Kercheville, Hannah Simmons, Chloe Patton, Canon Yetley.

Our boys and girls middle school cross country teams traveled to Lampasas on Friday for their final race before district. These athletes ran hard in very hot and dry conditions. 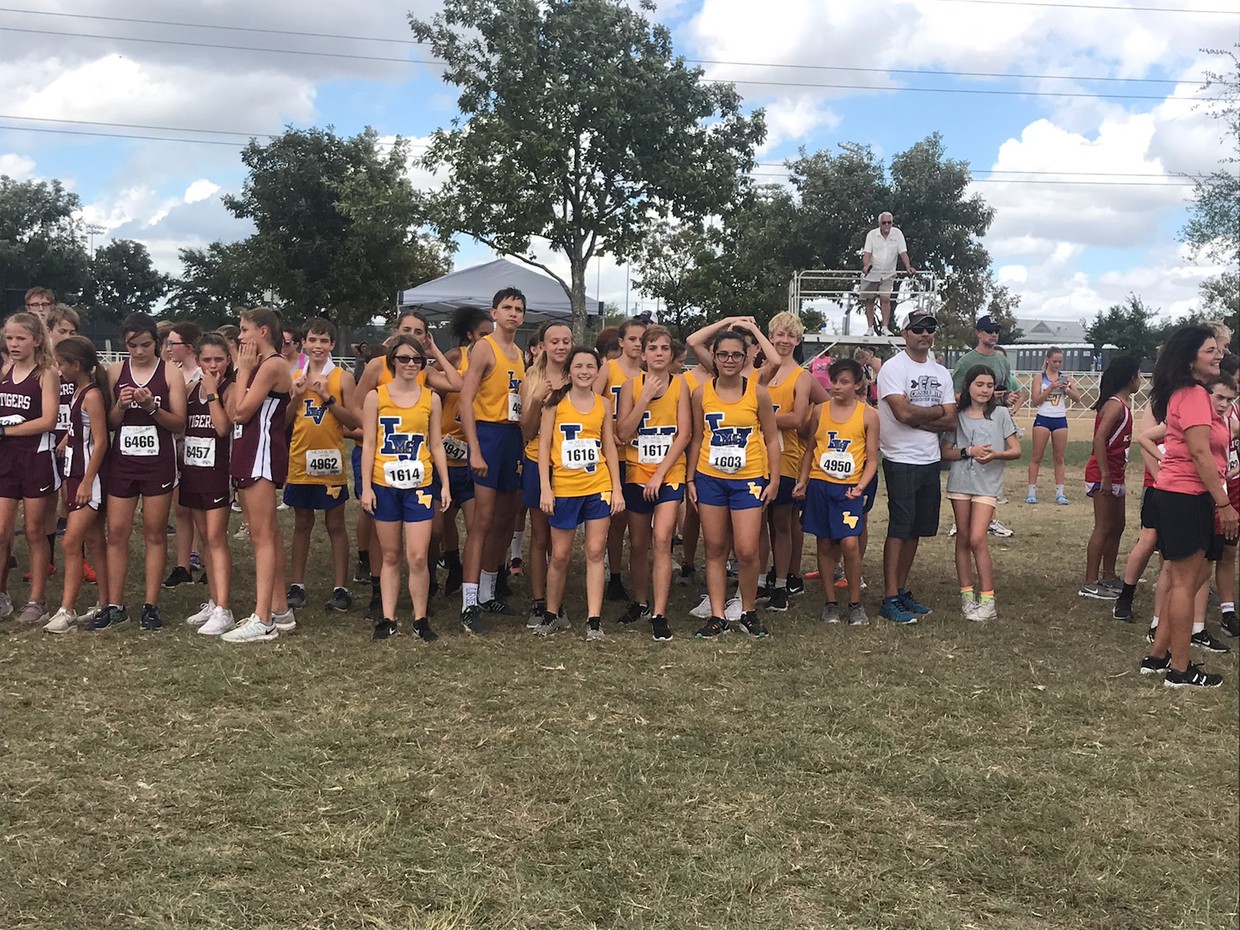 Here are highlights from the LVMS and LVHS Pep Rally This Week! 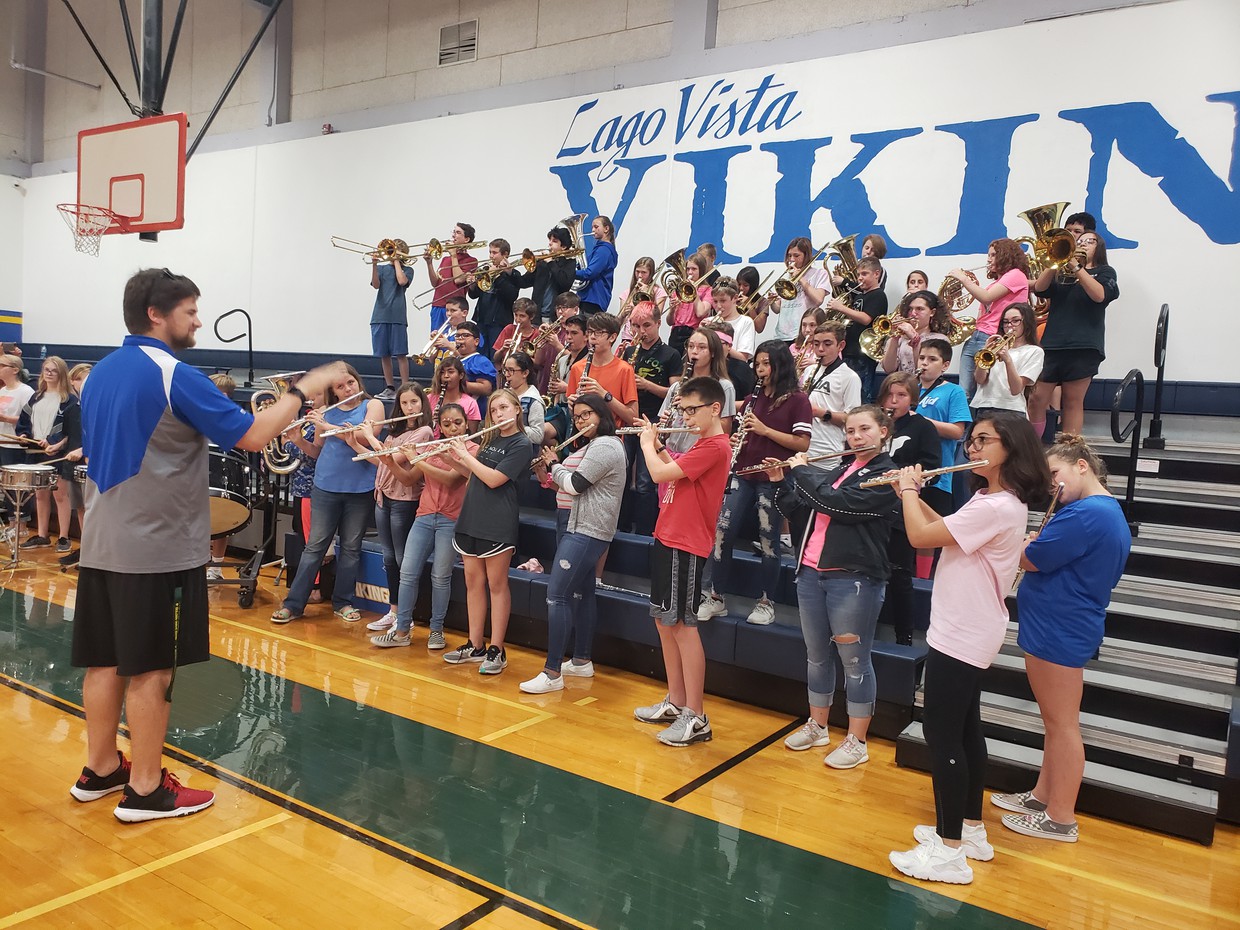 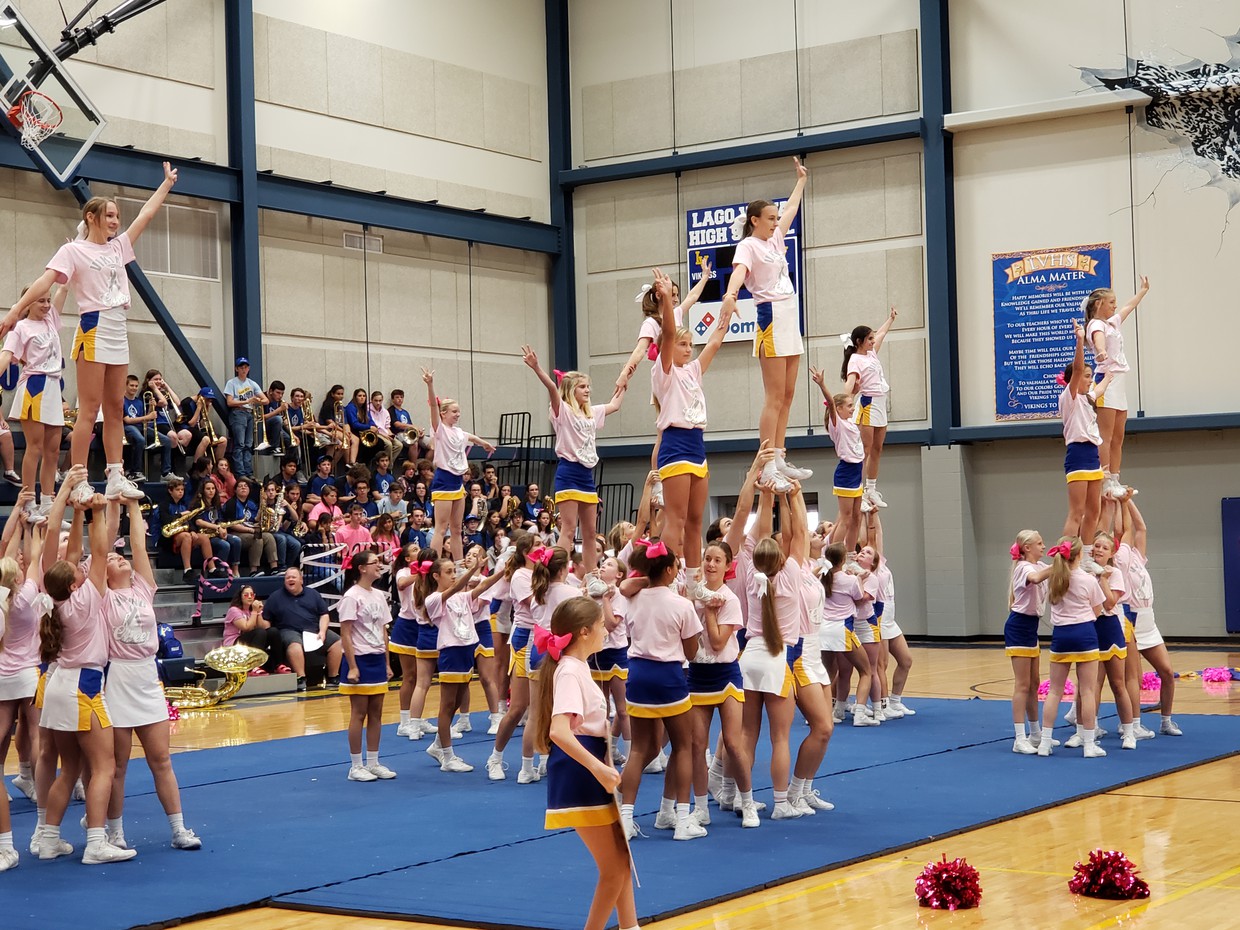 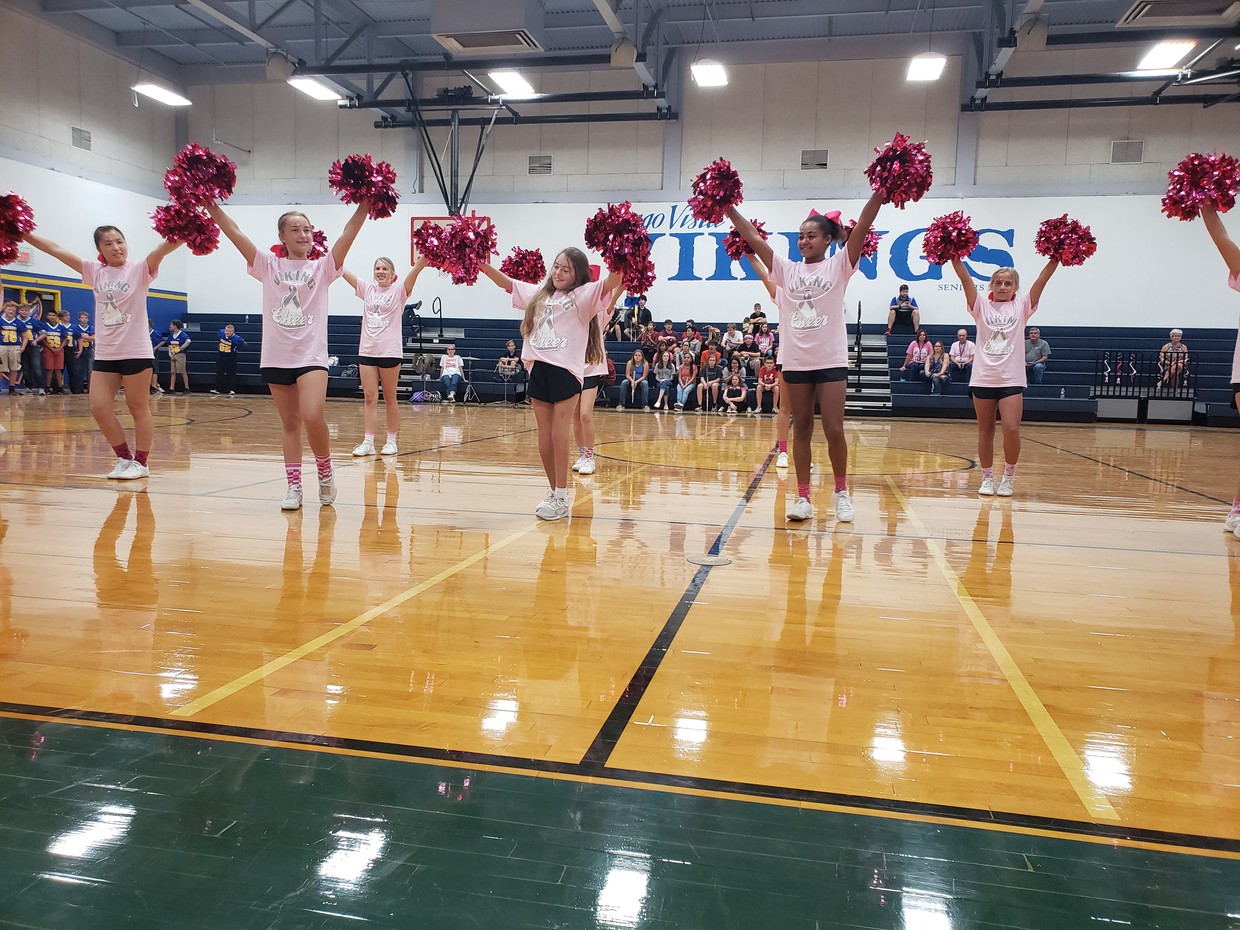 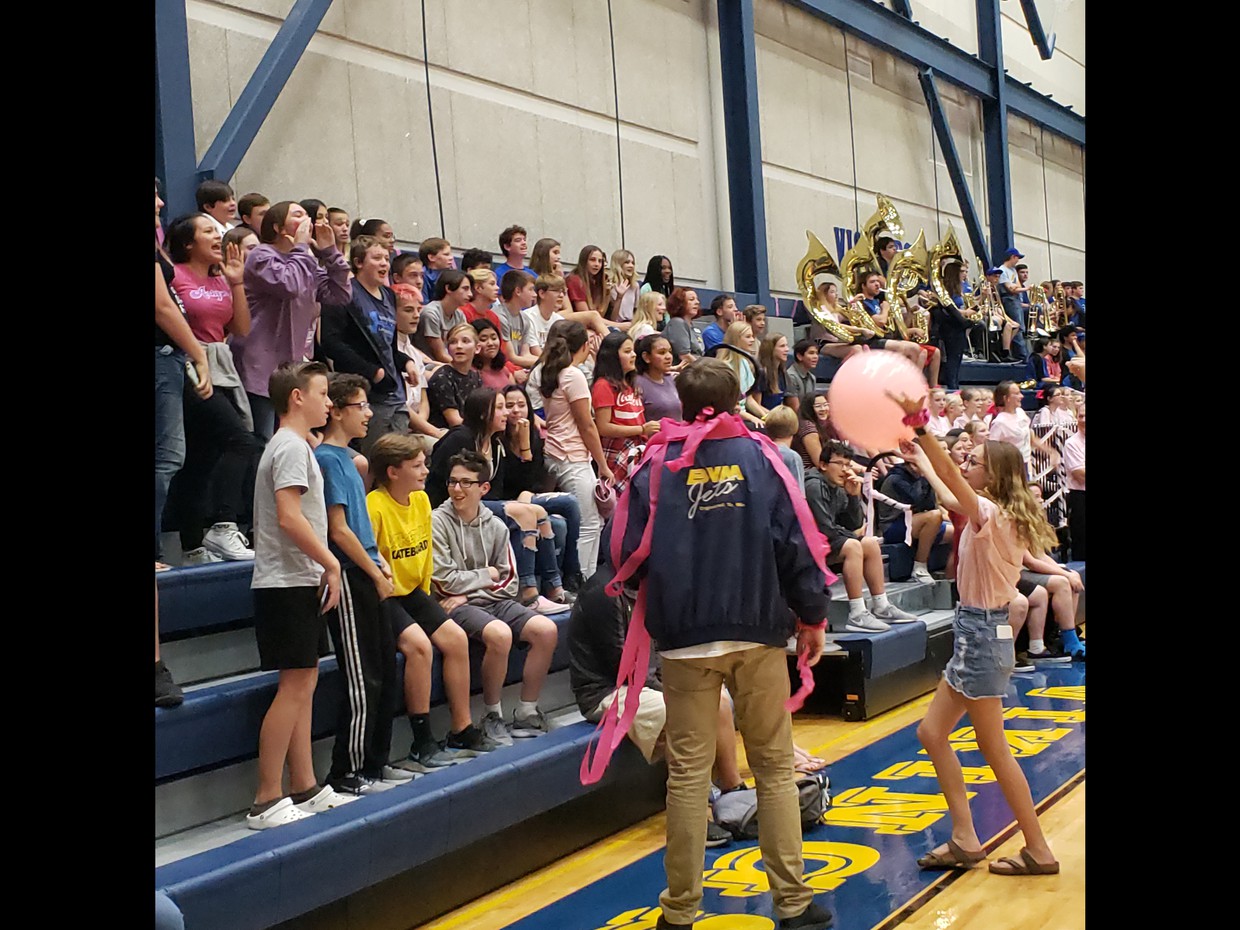