Get email updates from Phoebe:

Increasing use of narcotics and drugs

Increasing use of narcotics and drugs

"...she swallowed six half-gramme tablets of soma, lay down on her bed, and within ten minutes had embarked for lunar eternity."

This quote was said by the narrator of the book, and it is talking about Lenina taking Soma to relieve her of her stress. Through visitng the Reservation and talking to John and Linda, she was so disgusted she just needed a release. In the World State, almost every inhabitant consumes dosages of "Soma" (an "ideal pleasure drug") which is similar to Ecstacy. In today's society, more and more enhancment drugs, such as Viagra, are advertised each day, and are inreasingly becoming more available to buy. 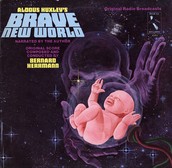 "O brave new world with such people in it"- John. Also from Shakespeare's "Tempest"

In Brave New World, John is referring to the sight of all the identical children working in the factory. It disgusts him, and he is saying that the World State is so different from the Reservation, different in a bad way. This is significant because it shows how different "civilized life" is compared to that of "savage life". In Shakespeare's "Tempest", Miranda says it to Alonso. She is referring to how beautiful she thinks that the world is, and how the people are just as beautiful. These two contexts are contrasting because John was expressing his discontent with society while Miranda was boasting about how impressed she was with it.

Our world is dystopian

Society is based upon traditions, hundreds of years of customs and implied or expressed ways that people should live. In the past few decades, society has ventured away from these traditional methods, leaving modern day America to exist in completely new ways. Throughout the last century, revolutions, strikes, protests, and amendments have formed a culture of humanity that would be almost unrecognizable to an ancestor of our country. Corrupt government, increased poverty, imprisonment and obesity, and changed traditions have led to a society that appears to be declining and burgeoning at equal rates.

In the earliest years of this country, there was no executive branch, with a weak central government but still based on freedom for all. When the Constitution was written to replace the Articles of Confederation, the Framers wanted a stronger central government, and equal representation for all citizens. Now, hundreds of years later, through the Necessary and proper clause and twenty-seven amendments, the government has stretched the power stronger than the Framers ever imagined it. Through Gerrymandering districts and such differences in electors from the Electoral College, state representation is uneven as well, with big states still having much more influence over small ones. Not only are small states silenced, but voters have such a small voice through the “Winner take all System” , that only one half of Americans actually vote in elections, with some presidents (such as Al gore), winning the popular vote and still not even winning the presidency.

Poverty rates are at an all-time high as well, with the struggling economy and recession, jobs are being cut and faithful employees are suddenly finding themselves out of work. With these ongoing problems, the gap between the rich and poor only continues to increase. The price of art is skyrocketing and pointless pieces are being appraised at ridiculous prices; money that could be used to resolve these problems is being used pointlessly.

The number of people behind bars is at an all-time high as well. “[America is] the world’s leader with 2.2 million people behind bars, a 500 percent increase over the last three decades…” (Forget the 'Hunger Games'). This number is not reflective of the amount of dangerous crime in the country, because more than ever children are being prosecuted and tried for misdemeanors, and the age for being tried as an adult is dropping as well. “Under Pennsylvania law, anyone over the age of 10 accused of murder or homicide is charged as an adult.” (11 Year Old Jordan Brown Charged as Adult). Unimportant crimes are considered serious, with a paranoid government behind many arrests.

Long standing traditions are disintegrating and conservative values are slowly becoming extinct. The nineteenth amendment granted women the right to vote, an idea that was deemed absurd up until the past few decades. African Americans are granted equal rights to any other citizen, regardless of race, gender, or belief. Not only does race no longer stand as a prominent issue in society, the number of interracial marriages are increasing in number, and acceptance of these marriages is rising at a steady pace. Non-traditional marriage in general such as same sex and non-abstinent spouses is becoming more common.

The Government is invading our privacy now more than ever. Governmental acts are breaching our privacy, such as the Patriot Act. “As it stands, the FBI can unilaterally search email, telephone, and financial records without a court order.” (Why Modern Society Would Appear Completely Dystopian). Phone calls are tracked, text messages are viewed, and internet usage is watched. Expressing an opinion against a government belief can lead to a prosecution on the grounds of “treason”. Security cameras are used in most buildings to view suspicious activity and social media networks are trailed by businesses and colleges to check up on potential employees or students. Whether or not this decrease in privacy is a positive or negative improvement is a personal opinion, but in a country founded on “freedom”, constant tracking is not an idea that falls along our Founder’s ideas.

The evidence for the United States existing as a dystopian society is unmistakable. Original ideas formed by our ancestors are changing so drastically that America as it is today would be almost unrecognizable to those who founded it. Obesity rates are through the roof, “…more than one-third of all Americans are now obese.”(Why Modern Society Would Appear Completely Dystopian). There is no question that America has advanced over the past few decades, but our new country as it stands today exists in a state of dystopia that cannot be ignored.

This song is called "Can't Be Tamed" by Miley Cyrus. One of the first lines of the song says "Every guy everywhere just gives me mad attention". This part of the song reminds me of Lenina and her constant need for attention. She is dating Henry in the novel, however she also wants Bernard's attention, and later on she craves attention from John. Another line from the song is "I go through guys like money flyin' out the hands. They try to change me but they realize they can't." This verse makes me think of John and Lenina. John wants a relationship and a love with Lenina and her motives are exclusively sex. John tries to make Lenina want more than just a dose of soma and a one night stand, but Lenina is content with moving from guy to guy. This behavior from Lenina is not only accepted but encouraged in the new World State. The chorus of the song says "I can't be tamed, I can't be blamed." This is a good example of the common behavior in "civilized society". Girls are expected to practice polygamy and if anyone questions these actions, they are considered unhealthy and are even sent to psychiatric examinations. Towards the end of the song is says "I'm not a mistake...it's set in my DNA." Although the citizens of the World State cannot go through DNA changes, the Director and many employees condition children from fetus to birth, and even after that. Every person is conditioned into his or her social class, and even conditioned into a specific job and preferences. No child is a mistake, because the process through which each is born is strict and precise.

For decades now, the idea of genetically modified people and organisms has been intriguing. The simple thought of being able to control an organism to yield desired characteristics appears worthy, however recent studies have shown that genetically modified organisms, or GMO’s, are anything but beneficial. “…A growing body of evidence connects GMOs with health problems [and] environmental damage.” (A Collaborative Initiative Working to Ensure the Sustained Availability of Non-GMO Options). In a large number of countries around the world, the government has heavy restrictions placed on GMOs.

I think that GMOs are dangerous and should not be produced. “In the U.S., the government has approved GMOs based on studies conducted by the same corporations that created them and profit from their sale.” (A Collaborative Initiative Working to Ensure the Sustained Availability of Non-GMO Options). It is clear that many companies are aware of the danger of genetically modified organisms, but overlook the possible health threats simply because of a desire for a profit. “It has been proved that not only in Russia, but also in many other countries in the world, GMO is dangerous.” (Stop GMOs). The complications due to GMOs consist of cancer, diabetes, accelerated aging, organ damage, immune system disorders, and infertility.” The percentage of Americans with three or more chronic illnesses jumped from 7% to 13% in just 9 years; food allergies skyrocketed, and disorders such as autism, reproductive disorders, digestive problems, and others are on the rise.” (10 Reasons to Avoid GMOs).

Many GMOs are modified to be able to withstand fertilizer and herbicide. Due to this tolerance, farmers are forced to spray more and more pesticide over their crops, which in turn make the weeds more tolerant as well. This overuse leads to even more pollution being contributed annually into the air. In addition, the crops yielded from these harvests are more toxic than ever before. “GM crops and their associated herbicides can harm birds, insects, amphibians, marine ecosystems, and soil organisms.” (10 Reasons to Avoid GMOs).

GMOs are known to be dangerous. However, there is little to no regulation of them. Lack of restrictions cause companies to produce products almost freely and there is hardly any government interruption. There is no requirement to place labeled on genetically modifies products, which leaves companies placing food into the market that has no label. This is extremely dangerous to consumers, considering all the health risks involved with consuming such products. The FDA, (Us Food and Drug Administration) does not require any safety studies, and is too relaxed on the distribution of GMOs.

John would survive okay in today’s world. I think he would be pleased that the common practice is monogamy, even though there are exceptions. Marriage is common, and that is exactly what John wanted with Lenina. Also, the idea of a mother is still accepted today, and natural birth is the way almost every baby is born. John would also really appreciate that people are not expected to take doses of “Soma”. In addition, he would be really happy to know that it is socially acceptable to grieve over a loved one dying. John would probably want to change the fact that a lot of marriages are now ending in divorce. John was a character who really believed in being with one person. He would probably want to somehow get rid of the option of divorce, or at least make there be some kind of requirement to get married.

John is getting married! He is marrying a woman named Gertrude, who he really loves and wants to spend the rest of his life with. Everyone is invited! Especially John's family who he loves so much. There is going to be a reception with dancing a band playing (but no Soma doses!).