Naomi is using Smore newsletters to spread the word online.

Get email updates from Naomi:

Alcohol as a Symbol

Alcohol as a Symbol

How is Sheldon affects by the alcohol?

How does he feel how about it after?

What is Our Topic?

In this novel, alcohol is a symbol for a multitude of things. However, an important thing to note is that none of these things are positive; alcohol is nearly always a symbol or symptom of weakness, affliction, addiction, vice, abuse, or even vulnerability. Basically, alcohol is depicted as the root cause of all suffering.

Why is this Important to the Understanding of the Novel? 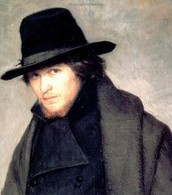 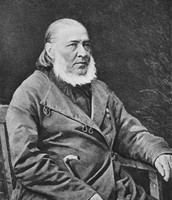 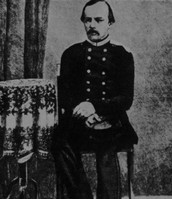 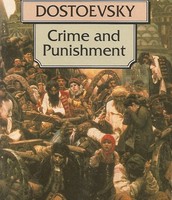 Drunk Girl on the Street

“Looking at her closely, he saw at once that she was completely drunk. It was

a strange and shocking sight...The girl seemed hardly to know what she was doing; she

crossed one leg over the other, lifting it indecorously, and showed every sign of

being unconscious that she was in the street," (Dostoyevsky 38).

“A few paces beyond the last market garden stood a tavern, a big tavern, which had always aroused in him a feeling of aversion, even of fear, when he walked by it with his father. There was always a crowd there, always shouting, laughter and abuse, hideous hoarse singing and often fighting. Drunken and horrible-looking figures were hanging about the tavern,” (Dostoyevsky 45).

This quote and entire situation seems to foreshadow what will happen later on when Raskolnikov murders Alyona. Alcoholism in the dream seems to be the root cause of the mare’s suffering considering her owner was inebriated. Raskolnikov was not drunk when he committed the murder, but experienced drunkenness (which is a rarity for him) before doing so.

“‘Ah, I see you think I am in such a condition!’” Razumihin broke in upon her thoughts, guessing them, as he strolled along the pavement with huge steps, so that the two ladies could hardly keep up with him, a fact he did not observe, however. “‘Nonsense! That is… I am drunk like a fool, but that’s not it; I am not drunk from wine. It’s seeing you has turned my head…” (Dostoyevsky 159-160).

“Me- afraid? Afraid of you? You have rather to be afraid of me, cher ami. But

what nonsense.... I’ve drunk too much though, I see that. I was almost saying too

“And the more I drink the more I feel it. That’s why I drink too. I try to find sympathy and feeling in drink… I drink so that I may suffer twice as much!" (Dostoyevsky 12).

For his family, alcohol serves to be an affliction that ultimately brings them down with him. As I mentioned before, Dostoyevsky had originally intended to title the novel ‘The Drunkards’ and focus on Marmeladov’s story. We see what he intended to convey through the state of affairs of Marmeladov’s addiction and family life.

“[Raskolnikov] walked along the pavement like a drunken man, regardless of the passers-by, and jostling against them, and only came to his senses when he was in the next street… Till that moment he had never been into a tavern, but now he felt giddy and was tormented by a burning thirst… He sat down at a sticky little table…ordered some beer, and eagerly drank off the first glassful. At once he felt easier; and his thoughts became clear,” (Dostoyevsky 7).

The reader can conclude that this man who abhors the idea of drunkenness must have ventured into the tavern those two times for a purpose, and that was to find a baser self who would have no inhibitions over killing someone.

“He recalled it on passing an eating-house or tavern, and felt that he was hungry… Going into the tavern he drank a glass of vodka and ate a pie of some sort. He finished eating it as he walked away. It was a long while since he had taken vodka and it had an effect upon him at once, though he only drank a wine-glassful. His legs felt suddenly heavy and a great drowsiness came upon him. He turned homewards, but reaching Petrovsky Ostrov he stopped completely exhausted, turned off the road into the bushes, sank down upon the grass and instantly fell asleep,” (Dostoyevsky 44).

Novel: Vodka Politics: Alcohol, Autocracy, and the Secret History of the Russian State

K, Shannon. "The Grinnell College Russian Literature Blog." : Alcohol Use in Crime and

Schrad, Mark Lawrence. Vodka Politics: Alcohol, Autocracy, and the Secret History of the

Naomi is using Smore newsletters to spread the word online.