He went to grammar school in Florence, but wasn't interested in schooling and preferred to watch painters at the local churches . When Michelangelo was 13, he became Domenico Ghirlandaio's apprentice and saw the fresco technique for the first time. A year later he moved into the palace of Lorenzo the Magnificent at Ghirlandaio's recommendation. There he studied under Bertoldo di Giovanni, a respected sculptor.

Michelangelo's parents were Leonardo di Buonarrota Simoni and Francesca Neri. He was the second oldest of five siblings. He never married, but wrote many poems and sonnets about Vittoria Colonna, a widow.

Although Michelangelo was not the founder of the Renaissance, he is considered to be one of the greatest artists from that time period. His work was revolutionary with its realism and insight on the human mind never seen before. Many of his works have been preserved so future generations can marvel at his genius.

Michelangelo also had a hand in the art movement known as Mannerism. Mannerism was an art movement based on how he and other artists during the late Renaissance drew the human figure. Aspiring artists were particularly fascinated by the way Michelangelo crafted his sculptures and paintings with sophisticated poses and elegance. 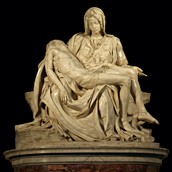 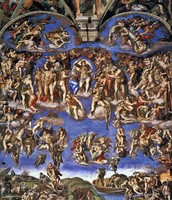 This is my favorite work of Michelangelo's because the whole ceiling has a marvelous sense of unity. All of the pictures come together to make a gorgeous masterpiece. This fresco also has great eye movement. After looking at one section, I'm immediately drawn to another.