Get email updates from Deepa:

In our modern world today, issues are arising very easily. One of the main issues is cruel and unusual punishment based on discrimination. Discrimination is leading to many negative effects such as a higher suicide rate. Every revolution and movement begins and is driven by a goal. Our goal is to have nobody be subjugated to cruel and unusual punishment based on their physical appearance, race, religion, beliefs, occupation, or sexuality.

Bullying occurs everywhere. It is an atrocious act in which people intimidate others physically, mentally, verbally, or online. (Following statistics from survey)25% of all kids have been bullied. 8% of students miss school at least once a month to avoid a bully. 20% of all kids have admitted to doing some bullying or being a bully.

How Does Bullying Relate To Discrimination?

Bullying is a form of discrimination. Even though there is a slight difference between these two forms of injustice, they are mainly used to make people feel bad about themselves and separate themselves from others. It also results in people judging others and taunting them for their differences.

How Does Bullying Affect People?

Bullying can lead to depression, physical illness, mental problems, anxiety, low self confidence, low self esteem, and even suicide. People who are bullied are at the risk of committing suicide 9 times more than people who are not bullied.

Discrimination is where people are judged by their physical attributes, job, religion, beliefs, and sexuality. Due to those causes, they are treated differently in society.

People are discriminated against on the basis of...

Jamey Rodemeyer, 14 year old from New York, committed suicide after being bullied for years about the fact that he was bisexual. For years, his fellow peers bullied him and called him gay. He pleaded them to stop, and told them he didn't like it all, but that didn't stop them. He even made videos uploaded on YouTube about how he was feeling. On September 19, 2012, he committed suicide. He was being bullied so much, the only way he could escape was to take his own life. The only reason he was put into such emotional pain was how he was different. Everyone is different so there was no reason for us to treat him differently than anyone else. His story shows the true effect bulling can cause. It causes damage that can never be erased.

Equality and the Outlawing of Cruel and Unusual Punishment in Legislature

If we are all created equally, why should we judge people who look different from us and have unique choices? 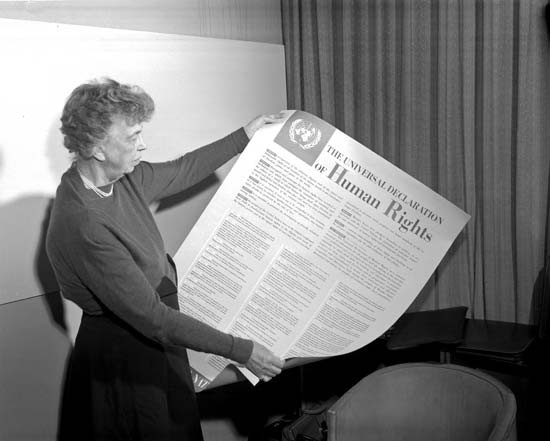 In the generation we live in today, almost everything is done online, even bullying. Cyber bullying is the modern version of bullying mainly on social networking sites and blogs such as Facebook and Twitter. Some people use these websites as a fast and reliable way to humiliate or bully others. Once it is online, anyone can see it, and it will be part of the web forever. The victim feels tormented threatened, harassed, humiliated, embarrassed and targeted. This form of bullying has taken the best of some of us, and has expressed the true cruelness some of us hold.

The Tunisian Revolution and The Civil War

The Tunisian Revolution ignited a spark in the overthrow of a government and a new population. This act began when a Tunisian twenty six year old, Mohamed Bouazizi, set himself on fire due to the mistreatment the local authorities had put upon him. The authorities, in public, had seized his wheelbarrow full of produce and beaten him, along with insulting his deceased father. This is a form of physical bullying and discrimination, for they chose him, out of the entire crowd.

Lawyers began to quit their jobs, to get away from the beatings people gave them and joined the fight. Soon enough, the facet of destroying this corrupt government became a valid and profound reason for the protests. People from the Prime Minister’s (Mohammed Ghannouchi) “cabinet” began to quit their jobs so then the Minister had to bring in more people to fulfill the occupations. On January 28, 2011, hundreds of people began to camp out of the Prime Minister’s office, protesting the fact that he remained in the government. As a result of this revolution, government wise, Mohammed Ghannouchi ended up leaving office, the Ben Ali Government form was abolished, and the political prisoners were released.

In the histories of many nations, we have widely seen racism and discrimination. However, the result usually becomes a fierce war, disagreement, or protest leading into immense bloodshed and mishap. For example, take the Civil War. Even though the Civil War was fought to preserve the nation, one of the main causes was slavery. Slavery was mainly caused and erupted due to discrimination. The African Americans were treated with unjust, resulting in slavery. Since this discrimination occurred, it began to trigger a series of events that led to the Civil War. That war brought our country far apart, and only because ½ of us didn’t trust those who were different. By discriminating, it has never done us any good.

The Holocaust and Hitler

The Holocaust was the slaughtering of mostly Jews by Adolf Hitler and Germany in the 1940's. People were brutally tortured and murdered based on their belief, religion sexuality, and appearance. Hitler despised Jews, gay, and lesbians. He favored blond hair blue eyes genes so much, he experimented on them. He started a genocide (a massive killing of a group of people) across the country. In 1941, Holocaust Death Camps began to open, killing all the Nazis claimed of be unfit. Those who were sent their got killed, but only the Jews were painfully gassed. Hitler discriminated all these people into cruel/unusual punishment. No one would ever want to go back to the Nazis Era. Therefore, we should never discriminate anyone into cruel punishment, unless we want to be a fallen country.

North Korea, a communist/dictatorship country, created multiple concentration camps to send people and 3 generations of their family for wrong doing as punishment. The concentration camps are in the worst quality possible with 20-25% of the people dying each year within the camps. Anyone could be sent to the camps, for either just looking suspicious to actually creating a crime. Prisoners are only fed extremely small portions of gruel (cabbage and cornmeal), and they are having to work for long hours of intensive labor. Most people take their own life in the camps to survive from the pain the labor and hunger causes. The guards also brutally terrorize and torture the captives, mainly for fun. The sad thing is that most of these people haven't done anything wrong. They were put into the endless camps just because they didn't fit in with the perfect harmony of the nation or had a set of different thought than the others bowing to their leader.

Many religions promote welfare and peace amongst everyone. In their holy and spiritual books, they express the point of equality very strongly. As a critical and motivating facet, it is profound.

In the holy Bible, the verse Galatians 3:28 states: "There is neither Jew nor Gentile, neither slave nor free, nor there is male and female, for you are all one in Christ Jesus".

In the consecrated Bhagvad Gita, the holy book of the Hindus, verse 32 of Chapter 6 states: He is a perfect yogi, by comparison to his own self, sees the true equality of all beings, both in their happiness and distress, oh Arjuna! (Yogi= a highly disciplined person. Arjuna= The son of God who is listening to this Bhagavad Gita).

In the spiritual Quran, the holy book of the Muslims, this thought is also fluently expressed- [3:195] Their Lord responded to them: "I never fail to reward any worker among you for any work you do, be you male or female - you are equal to one another. Thus, those who immigrate, and get evicted from their homes, and are persecuted because of Me, and fight and get killed, I will surely remit their sins and admit them into gardens with flowing streams."

The holy book of Christianity and Judaism.

The holy book of the Hindus.

The holy book of the the religion, Islam.

If we are discriminating against other people, it is usually to compare ourselves with them and put ourselves in a high position. If we stoop down to the level of insulting people for our own satisfaction, we are no better than others. While depicting poor leadership and unethical values, we become people with bad character. Character is valued in the world. Without character, we will have very less opportunities in lives because our attitudes would turn people off. If we don’t discriminate, we will maintain a legendary and positive character, opening opportunities in our lives and help rid of troubles.

When I was your man (piano) by RubenDeLaTorreMusic